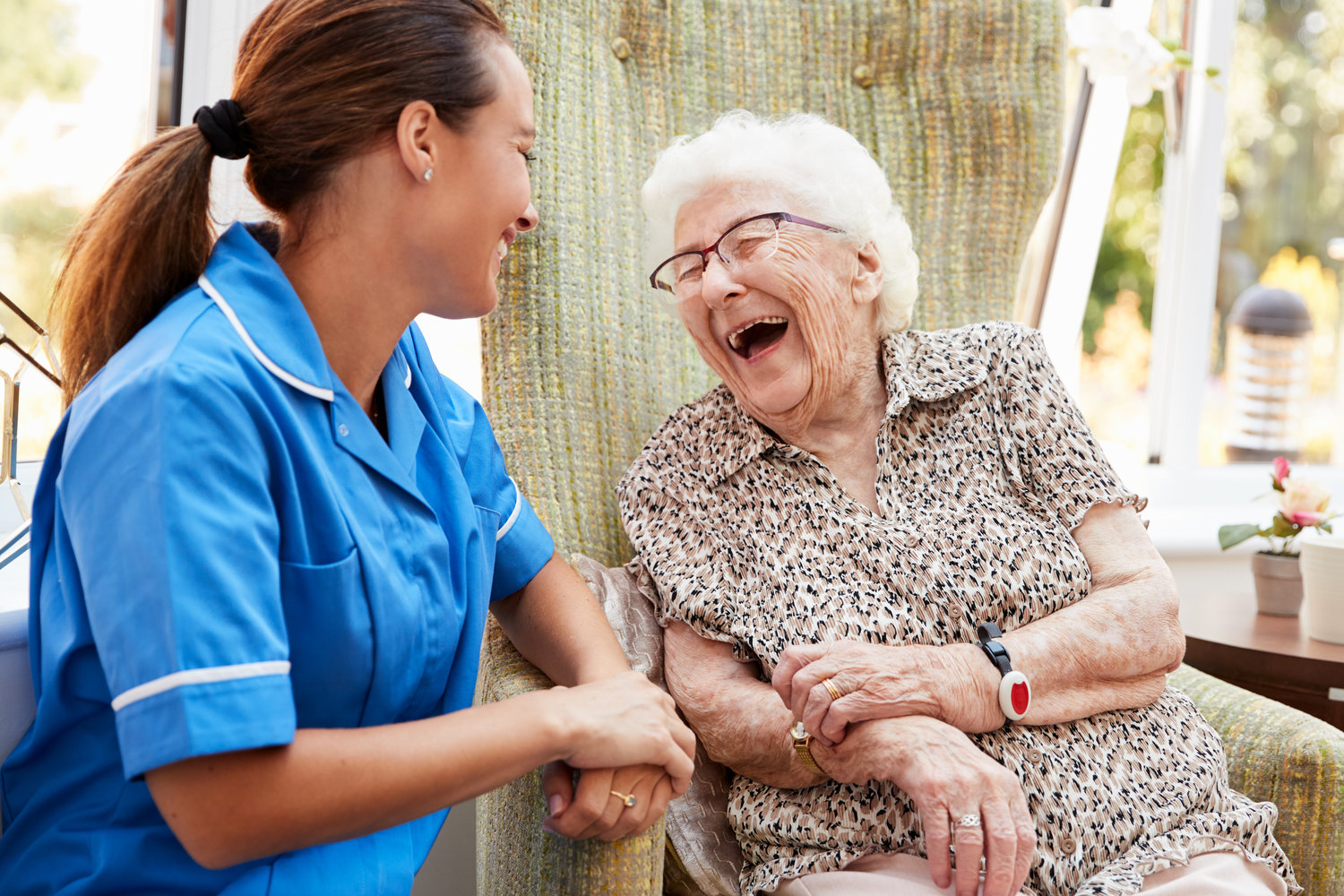 Michigan seniors are falling behind when it comes to funding for at-home care, the AARP says.
Shutterstock
Posted Friday, September 16, 2022 5:28 pm
ABOUT SARAH ATWOOD

Sarah is a junior at Michigan State University double majoring in Social Relations & Policy and Journalism. She is interested in writing about how politics affects local communities and making information accessible for everyone. In her free time, she likes boxing, yoga, and spending time with friends, family, and her dog.

Funding for in-home care and other state senior services is not increasing proportionally to the number of seniors in Michigan, according to Melissa Seifert, the associate state director of AARP Michigan.

“Michigan is one of the most rapidly aging states in the nation,” Seifert said. “But we’re also one of the worst states when it comes to adequately addressing the needs of our senior population.

“A large amount of taxpayer dollars go to nursing homes, but not enough go to at-home care,” she said.

Most senior citizens want to “age in place,” staying at home and being cared for by family or friends, said Seifert, whose organization provides seniors with information and services. But that is impossible for most people with current funding.

The one-time federal funding under the American Rescue Plan Act offers the opportunity to better care for the state’s elderly population, she said.

Though the money is an important step, Seifert said ongoing support is needed. The goal is to bring about structural changes in at-home care funding that will make a positive difference without creating additional financial obligations for taxpayers, she said.

These problems are likely to get worse as more people get older and are no longer able to care for themselves the way they used to, advocates say.

“We are incredibly unprepared for the amount of people who will be needing senior services in the coming years,” said Rep. Laurie Pohutsky, D-Livonia, who is a member of the House Committee for Families, Children and Seniors.

“We’ll need more funding for them, especially for their health care. Although there are options to help people with paying for health care, it should be expanded,” Pohutsky said.

Seifert agrees. “Not only is there a lack of government funding in health care, but there’s a shortage of direct care workers to serve those who want to stay at home,” she said.

Michigan needs 34,000 more home caregivers than the 165,000 it has, Seifert said. But “noncompetitive pay, low job satisfaction, unpredictable schedules and the absence of benefits” make it difficult to attract and retain them.

That turnover costs Michigan $684 million per year, she said.

Services provided by the Tri-County Office on Aging have been strained during and after the COVID-19 pandemic as more people are choosing to age at home rather than move into a senior care facility, said Casey Cooper, the community engagement and fundraising director for the agency serving Clinton, Eaton and Ingham counties.

“For example, we do a Meals on Wheels program for our seniors and community members with disabilities,” Cooper said.

“Our services were definitely strained during the pandemic, and we had to get creative in order to serve everyone. Although qualifications for who could request our services were expanded, funding was not,” Cooper said.

More creative solutions will be needed as the population of Michigan’s seniors grows, Cooper said.

“Right now, we have a shortage of funding and volunteers,” she said. “If funding is not increased along with the increase of seniors, people will not be able to access all of the services we would be able to provide them.”

Seifert said the coronavirus pandemic highlighted many holes in services for seniors.

“These issues were overlooked before and, hopefully now, increased funding and resources will be allotted to us and allow us to serve our senior communities how they want to be served,” she said.