In latest incident, the flag pole was sawed off 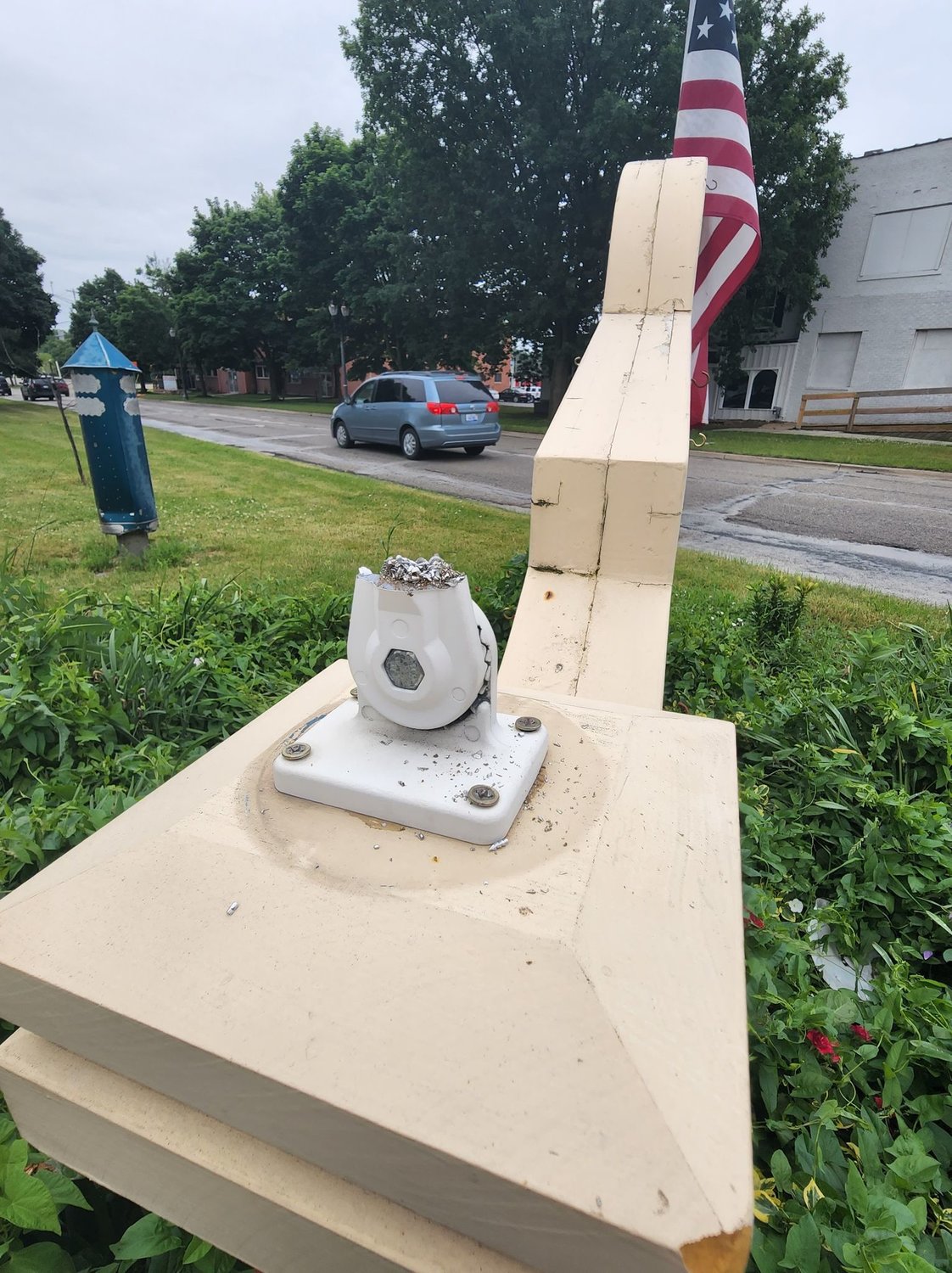 Remnants of a sawed-off flag pole that held a Pride flag on the east side near the U.S.127 underpass on Michigan Avenue. Three Pride flags have disappeared in June, which is Pride month.
Courtesy
Posted Wednesday, June 15, 2022 2:53 pm

WEDNESDAY, June 15 — Eastside resident Ryan Kost put the first rainbow flag on the ‘Welcome to Lansing” sign on Michigan Avenue near the US 127 overpass on June 1. He wanted the community and visitors to know Lansing is an affirming and accepting community for diversity.

That flag disappeared shortly after, so he replaced it. Within days that replacement flag was gone. Monday, he replaced the flag a third time — only this time luggage locks were used to secure the flag to the pole. Tuesday morning, the flag and the pole were gone, and what was left was the sawed-off damage to the base of the flagpole.

“This is serious,” Kost said in an interview. While he originally dismissed the missing flags as a prank, the severing of the flag pole raised his concern level that the flags were being targeted by people with an antigay agenda.

The theft come six months after Patriot Front recruitment stickers were found on the east side. The stickers were reported in community forums in Dec. 2021.

Those concerns have been exacerbated by a series of antigay events across the country this Pride month. That includes the arrest of 31 members of Patriot Front in Boise, Idaho last week. Police there say the white nationalist, antigay group had intentions of attacking and causing a riot at the Pride festival occurring in the city that day. All of those arrested had traveled there from 12 states, then piled into the back of a U-Haul. They had strategic plans on their attack, shields and wore Patriot Front related clothing, according to law enforcement in Idaho.

Wednesday, the CBS affiliate in Baltimore reported a fire that destroyed three homes and sent three people to the hospital in serious condition was being investigated as a hate crime. Investigators, the television reported, said it appeared the fire began when at least one Pride flag was set on fire.

Chief Ellery Sosebee said in a statement that he encouraged anyone experiencing harassment or violence to file a report with the department. “We take these reports seriously and will make it a priority to address them.”

“It’s absolutely outrageous that someone would destroy the Pride flag there,” said Lansing Mayor Andy Schor. “I’m angry because this isn’t who we are as a community and as a city. I am so proud that Lansing is a diverse, welcoming city with an active and engaged LGBTQ+ community. Anyone caught destroying this property and the Pride flag there will be investigated and LPD will refer this to the county prosecutor to face possible charges to the fullest extent of the law.”

Ingham County Prosecutor Carol Siemon called on state lawmakers to pass legislation to “ensure equality under the law” for the LGBTQ community, including protections against hate crimes in the state’s ethnic intimidation act.

She said until such legal provisions are fully enacted, as prosecutor “we will use the tools that we have available to protect all of us.”

In a statement to City Pulse state Attorney General Dana Nessel said, “Threats against Pride events will not deter us from acknowledging and celebrating the LGBTQ+ community”

“For too long,” said Nessel, who is a lesbian, “we have been discriminated against, ostracized and made to feel less than, and I refuse to let recent reports intimidate me or others from participating in these important events around Michigan. Hate will not win. In the event we are made aware of credible threats, the Department of Attorney General is ready to work with our law enforcement partners to ensure the safety of residents at public events and gatherings.”