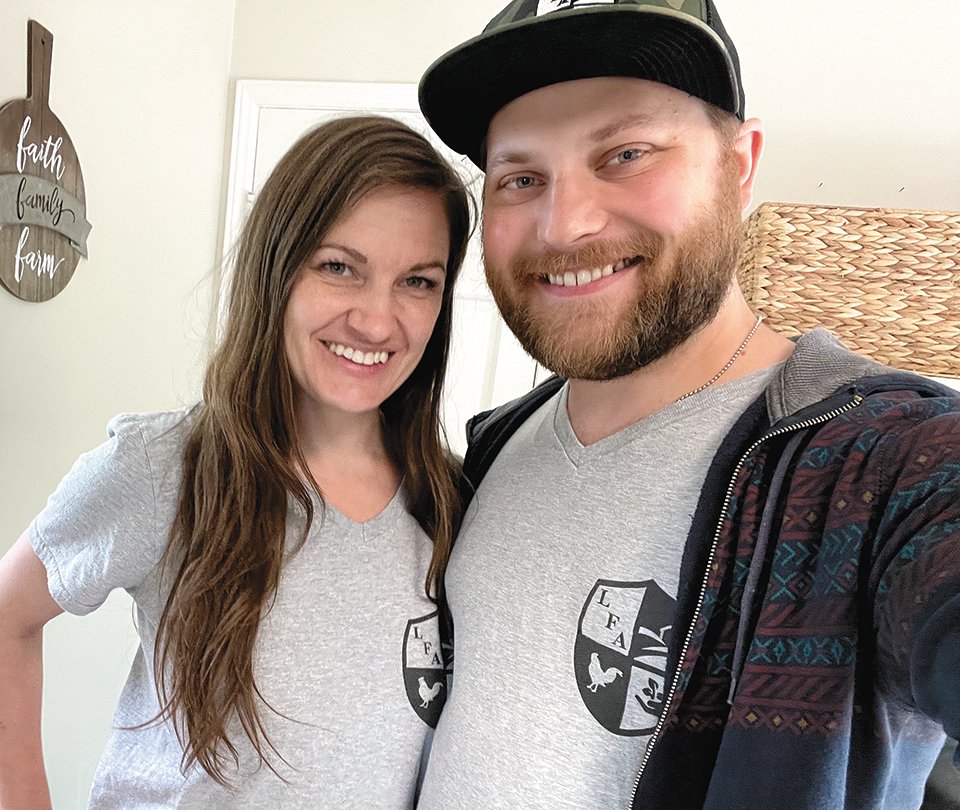 Farm-to-table is a phrase that gets thrown around a lot in the restaurant industry. Some restaurants may guarantee farm fresh food but fail to follow through on that promise. Risen Breakfast and Bakery, opening in downtown Mason this fall, will source nearly all of its ingredients from local farms in the area.

“A lot of restaurants use farm-to-table as a buzzword,” said Dan Kostecke, who is opening the restaurant with his wife, Rachel. “For us, it’s a reality. There will even be a  special section on the menu promoting seasonal items from local farms.”

The Kosteckes own LFA Farmers Market. Through their work there, they have made connections with more than 100 farmers in the area. The couple also owns a farm of their own. So when they say farm-to-table, they really mean it.

“We started the farmers market to provide local farmers and artisans with an opportunity to sell their goods year-round,” said Kostecke. “They’ve been selling with use for a while so we have a pretty good relationship with them.”

Risen is going to serve classic breakfast items including hash brown dishes, pancakes and more. It will also serve brunch. Kostecke plans to acquire a liquor license so that they can serve classic brunch drinks like mimosas and bloody marys. Past brunch and breakfast time, the restaurant will stay open to sell bakery items and retail goods.

The restaurant is a long time coming for the Kosteckes.

“For many years, my wife and I thought it would be great to open a simple, little restaurant in downtown Mason,” said Kostecke. He received a degree in hospitality from Michigan State University. Both he and his wife have worked in restaurants and bakeries before. Now, it’s their turn to run the show.

“When the location opened up, we took it as a sign to pull the trigger,” said Kostecke. “It’s such a primo spot. We love it.”

The Kosteckes have been working on perfecting their recipes, hiring consultants with more experience in the industry and experimenting in their home kitchen. Kostecke said that he loves all breakfast foods. He can’t decide which menu item he’s most excited to show to the public.

Risen is going to be a true family business. The Kosteckes have three young children who can frequently be seen running around at the LFA Farmers Market. Without a doubt, they’ll be a charming presence at Risen, too, once the restaurant opens up.

Kostecke hopes that they can build and grow the restaurant into something long-lasting that he can pass on to the kids one day.

“You’re going to see our kids around for sure,” said Kostecke. “We’re going to raise them up in this environment. Hopefully, one day they can take charge and keep it going. It’s kind of our family enterprise.”

Most of all, Kostecke is excited for the public to experience Risen. The restaurant has already amassed over a thousand likes on Facebook. Hundreds of people have signed up for the Risen newsletter.

Mason residents seem to be looking forward to its opening day.

“When we made the announcement, it took off like wildfire,” said Kostecke. “We’re excited to be able to provide something that the community wants.

Welcome to the ‘pretty jungle’

Voyages Wine Shop opens on east side, delivers far beyond