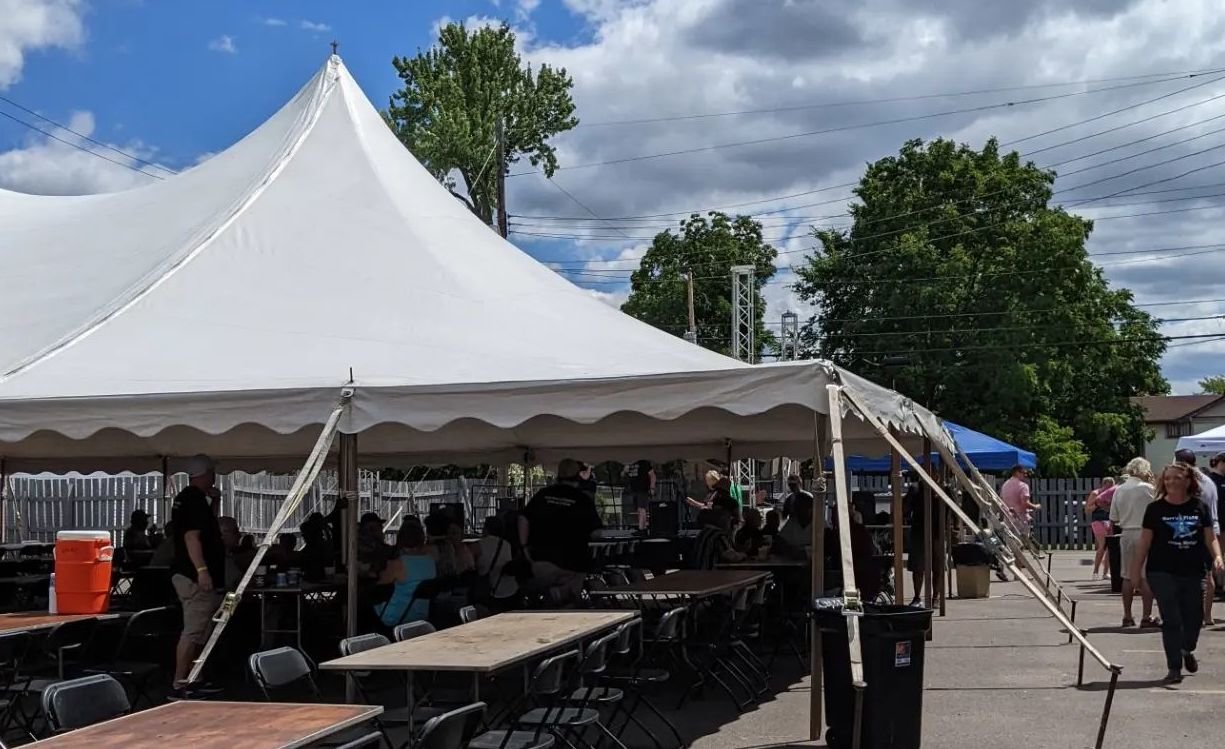 Harry’s Place kept busy Saturday (July 30) as it marked its 100th anniversary with tents and live music in its parking lot as well as packed tables inside the westside institution.

Michael Varrone
A Charlotte man who pleaded guilty to making a fake bomb threat on the Capitol has been sentenced to 365 days in the Ingham County Jail. Michael Varrone, 49, was also sentenced to three years probation. To avoid terrorism charges, which carry 20-year sentences, Varrone admitted guilt in a plea deal. His Jan. 7, 2021, call was the day after a mob attacked the U.S. Capitol. He had also sent death threats to State Rep. Cynthia A. Johnson, but those charges were also dismissed under the plea deal.

Nassar survivors may soon come to a deal in a lawsuit against the FBI. The Associated Press reported the FBI has reached out to gymnasts Simone Biles, Aly Raisman and McKayle Maroney and others to begin settlement negotiations on a billion-dollar lawsuit. The three gymnasts are just a few of the dozens of survivors suing the law enforcement agency for failing to take proper action and investigate claims of Nassar’s abuse earlier.   Ingham County Prosecutor Carol Siemon reiterated her commitment to not prosecuting abortion cases. She joined six other Democratic county prosecutors in saying they will not enforce Michigan’s 1931 anti-abortion law. In Jackson County, the Republican prosecutor said he will enforce it. Their announcements followed a state Court of Appeals ruling that upheld the 1931 law, but an Oakland County judge issued a temporary restraining order as the Whitmer administration continues its pro-choice legal battle.  A new battery plant may bring jobs, but residents across the street from where it is being built aren’t happy. WLNS reports residents on Davis Highway are concerned the increased traffic and factory view will crash property values. The factory, which is owned by Ultium Cells, is part of a plan by GM to shift its entire product line to electric vehicles.

The Pennsylvania Avenue Bridge in Lansing has claimed another victim. On Friday, the “can opener,” as some locals call it, sheered off the top of a truck — the fourth such incident since June 2021 at the historic, 12-foot-high railroad overpass near Potter Park Zoo, a police spokesperson said.

The death of a Laingsburg-area woman found dead in East Lansing last fall has been ruled a homicide, the Lansing State Journal reported. Jamie Antclifee, 44, was shot multiple times. The Journal obtained the autopsy report after East Lansing Police Department officials declined to reveal the manner of her death. Her husband, who was not named, was also found dead at the Halter Street address. His death was ruled a self-inflicted gunshot wound. Antcliffe was seeking a divorce at the time. Police are not seeking any suspects at this time, the Journal reported.

St. Johns Police Chief David Kirk may be back on the job after a six-week suspension in April, but the department staff is under stress. According to an internal survey by the city, the police force believes the environment is hostile, with at least one employee fearing physical assault by Kirk. Many responses indicated there was no leadership at the top, and a desperate need for more officers. City officials declined to comment to the Lansing State Journal about the findings.

East Lansing City Council has approved $900,000 in improvements at Patriarche Park. The money will be spent to demolish, remove and rebuild outdated tennis, pickleball and basketball courts, the city said. The courts will be closed Aug. 22, with completion expected by next spring.

An MSU bomb scare Monday is being investigated as part of a larger, national trend of threats at colleges and universities. Fee Hall was evacuated shortly after 12:30 p.m. Monday due to what an MSU Alert System text said was a bomb threat called into the building that included “specific information.” Law enforcement from local agencies and the federal government are investigating and believe the threat is part of a national trend of bogus bomb threats targeting campuses across the country.