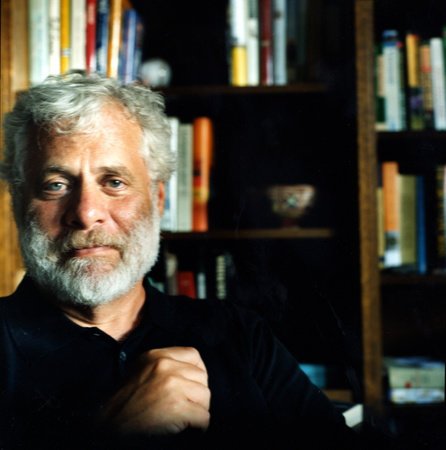 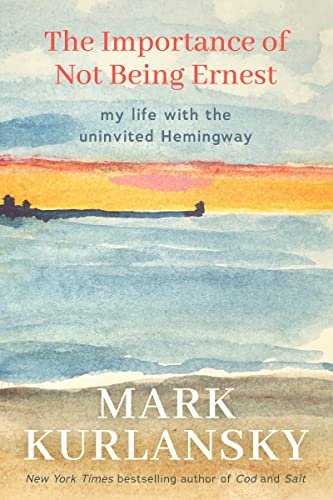 Kurlansky peppers the book with interesting, often quirky tidbits about Hemingway, bringing him to life in ways we don’t expect.”
Bill Castanier

Mark Kurlansky, who has written nearly three dozen books, some about mundane topics with titles such as “Salt” “Paper” and “Cod,” and is working on a book about onions, recently authored a book on his intersection with Ernest Hemingway. In “The Importance of Not Being Ernest,” Kurlansky writes about his own life and how he found himself decades later visiting some of Hemingway’s stomping grounds.

In his career as a journalist, Kurlansky covered world events and wars, taking him to such Hemingway playgrounds as Spain, Key West, Havana, and Ketchum, Idaho. Unfortunately for readers who live in Michigan, they didn’t include Horton Bay, Petoskey or Walloon Lake.

Kurlansky realized that in some ways he had become a traveling doppelganger for Hemingway, and as he aged, Kurlansky even began looking more like the older bearded Hemingway to the point that folks in Cuba and Spain began calling him “Hem” or “Hemingway.”

“Some guy near my home on West 86th Street in Manhattan recently yelled out, ‘Hey, you look like Hemingway.’”

Kurlansky said that in writing the book he “had to strike a delicate balance between writing about himself and Hemingway.”

Kurlansky peppers the book with interesting, often quirky tidbits about Hemingway, bringing him to life in ways we don’t expect. For example, “Hemingwayphiles” as Kurlansky calls them, have heard the stories about nude swimming at Finca Vigia, Hemingway’s Havana home. But it is seldom mentioned that Hemingway had the first television in Havana and enjoyed watching the “Friday Night Fights” with his friends.

“It was fascinating to talk with people who knew and remembered Hemingway,” he said — with one caveat: “except in Cuba where Hemingway lived for more than half his writing career.” Kurlansky said by the time he got to Cuba, the only people alive who knew of Hemingway were little kids at the time he was there. The author described a number of “Santiago” wannabes who for a price would tell you about Hemingway. Santiago was the protagonist in Hemingway’s “The Old Man and the Sea,” which helped him land his biggest literary award, the Nobel Prize for Literature.

During his travels, Kurlansky filled 29 journals with sketches and watercolors. The watercolors, which illustrate his new book, were his way of tickling his memory. “I discovered later … that I did not forget anything I drew and that my drawings were more lasting in my memory than anything I wrote.”

In his book, Kurlansky points out Hemingway’s fabulous memory. “He took no notes,” he said. He also points out that Hemingway “made stuff up — a lot” and not just in his seven books of fiction. Although Hemingway did not take notes, much of his life can be traced through the thousands of letters he wrote to family, friends and literary acquaintances. Those letters, which tell an intimate story, are being issued in what is expected to be a 17-volume set. “They helped a lot in writing the book,” Kurlansky said.

Literally, there are thousands of books on Hemingway, but what make Kurlansky’s so readable and frankly fun is he doesn’t worship the cult of Hemingway and goes out of his way to point out that were two Hemingway personas: the public one and the private one.

“On one level, Hemingway wanted to be the voice of his generation — he wanted to be a celebrity, and he was,” Kurlansky said. During one trip to Cuba, Kurlansky writes: “I was walking the narrow streets of Habana Vieja and people, maybe one or two per block, would call out ‘Papa.’ … They were calling out to Papa as they always did in Havana when he was alive. It was my fear coming true. If you spend too much time thinking about Hemingway, you become a Hemingway clone. The next time I go to Cuba, I am shaving off my beard first.”

That said, Kurlansky also recognizes that some of Hemingway’s lean style of writing may have found its way into his own writing. At one point, Kurlansky writes about coming into Cuba: “The sea was dark and calm.” Sound like anyone you’ve read?