PET ME returns with ‘Abomination’ 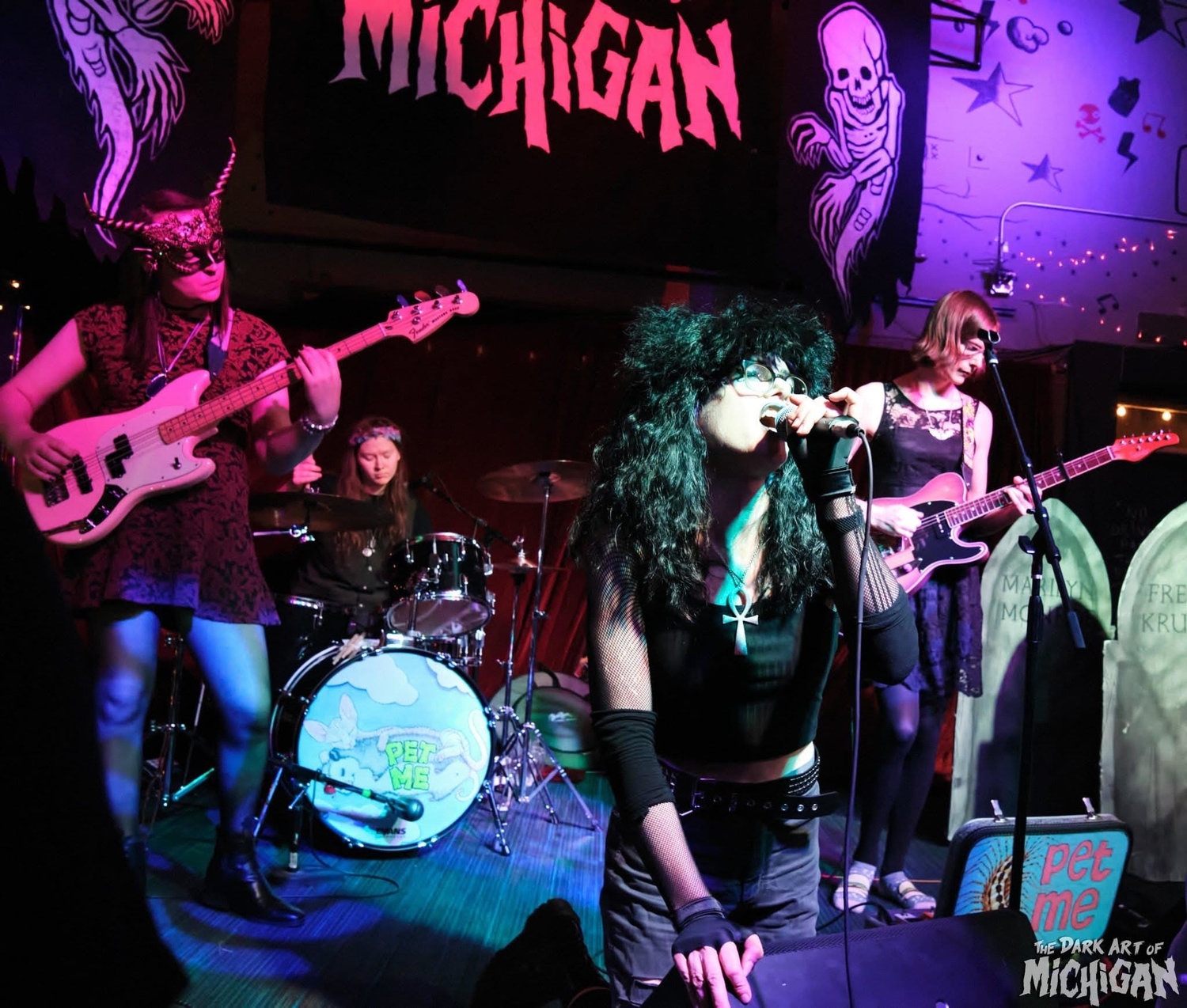 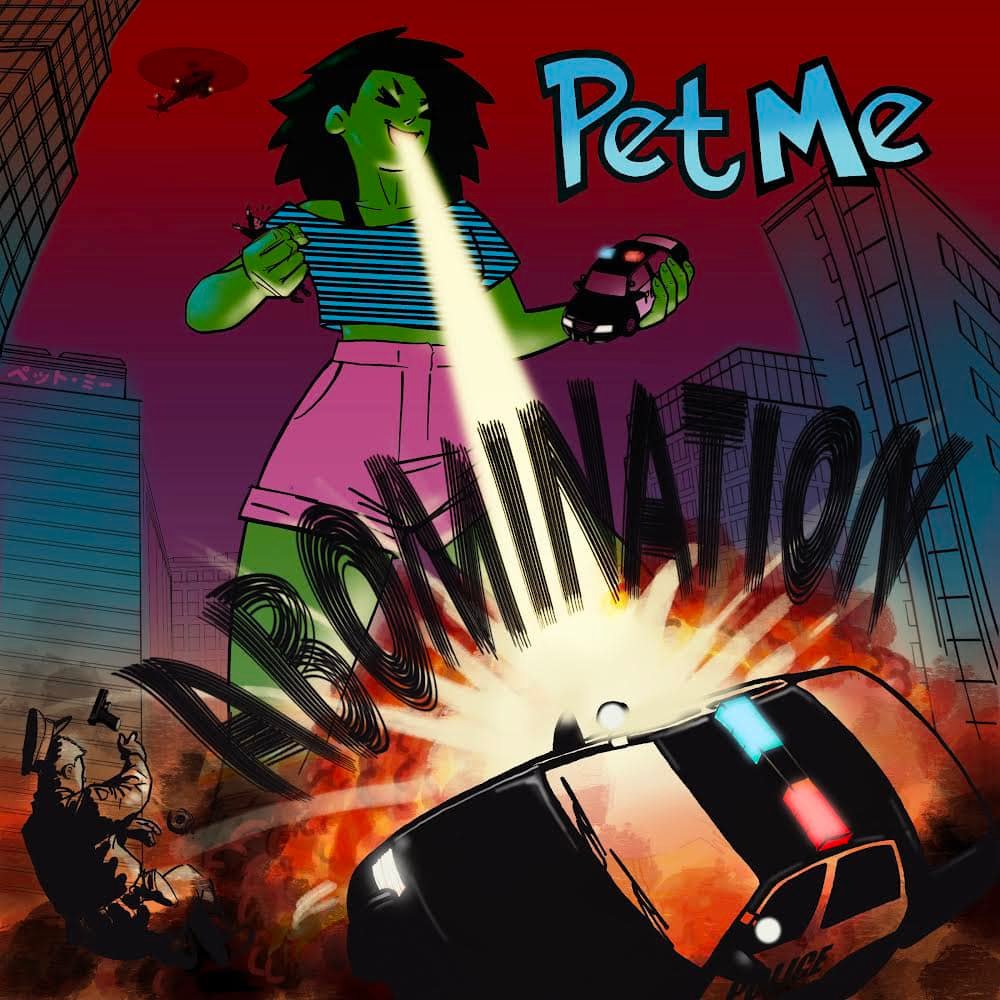 Listen to “Abomination” at: petme.bandcamp.com

PET ME, the fierce femme queercore band from Lansing, dropped its latest release Sunday, yet another powerful addition to its steadily growing discography. The busy band chatted with City Pulse about this new batch of tracks, the “Abomination” EP.

What inspired the EP’s title?

Vikki Vera (vocals): Some fascist wanker online called us an abomination to humanity. A crystal-clear sign that we’re doing exactly the right thing.

How does this compare to your previous release?

Jen Campbell (drums): We experimented with classic rock, hardcore and metal elements, which is different from our previous releases. For the drums, we used a room mic in the kitchen, which was new and added to the huge drum sound on the EP. I also used a 6.5-inch deep Tama metal snare that I acquired last year for a bigger, bolder drum sound.

Vikki Vera: This EP just goes harder. Allie wrote bomb-ass riffs for all three songs, and Jen, Quinn and I did our best to write musical parts to match that incredible energy. The other new thing we did was bring Allie and Jen in for vocal harmonies and gang vocals. I absolutely love the new vibe that’s brought to the songs, because everybody’s voice brings something unique.

Lyrically, what themes do you touch on throughout “Abomination?”

Quinn Endicott: “Abomination” is about our anger toward the dual hatred and fetishization of trans and queer people. We took the title for our song “Worst Fear/Best Fantasy” from a protest slogan by the artist Donna Gottschalk at the Christopher Street Liberation Day Parade in 1970. To a heteronormative society, we are fascinating and repulsive at once — a perfect object for hatred and propaganda like we saw in this last election’s discourse. The song “Abomination” is about our resistance as a community to attacks against us.

Vikki Vera: “This is fine” is about the push and pull between the disasters of our time and the incredible pressure we’re all under to keep working and consuming as if nothing is wrong.

Vikki Vera: It’s been pretty good! We’ve had crowds of people coming to see us, dancing, wearing our shirts and singing our lyrics back at us. We played in the cold rain at Stoopfest and Pride, and people still came through for us. We had our first requests for autographs and set lists. The owner of Thrift Witch said a bunch of kids came into their store all excited about our shows at Pride and Dark Art of Michigan. And we’ve got a lot planned for 2023. We have songs for at least our next two EPs, and we also plan to do a little touring around the Midwest.