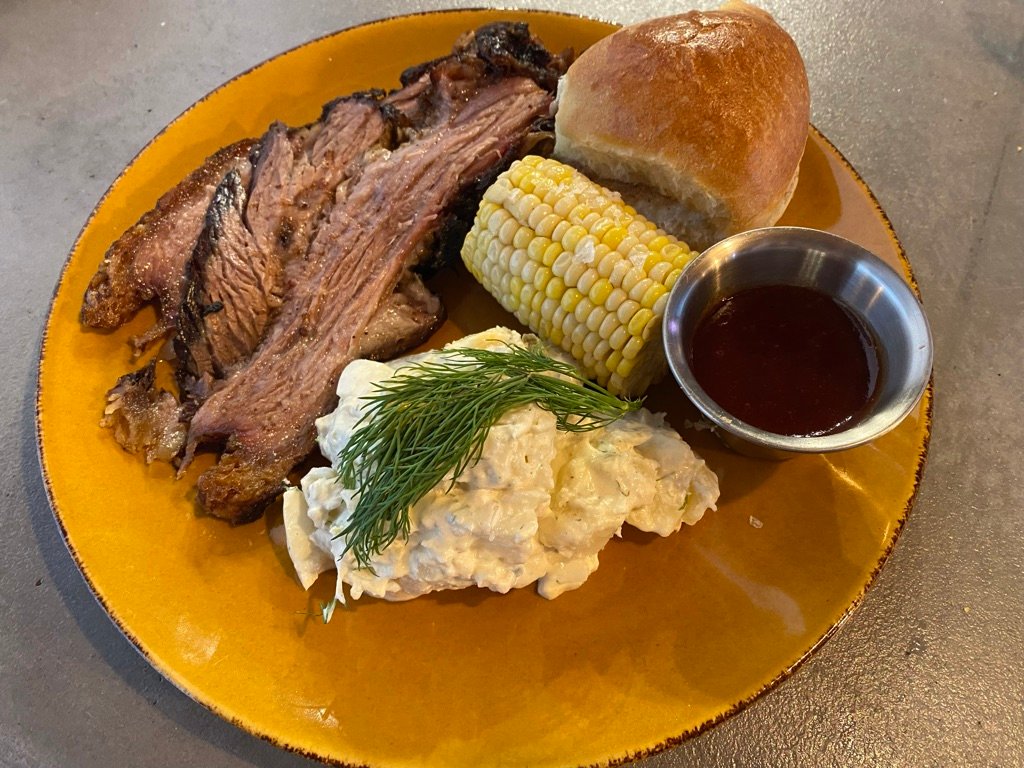 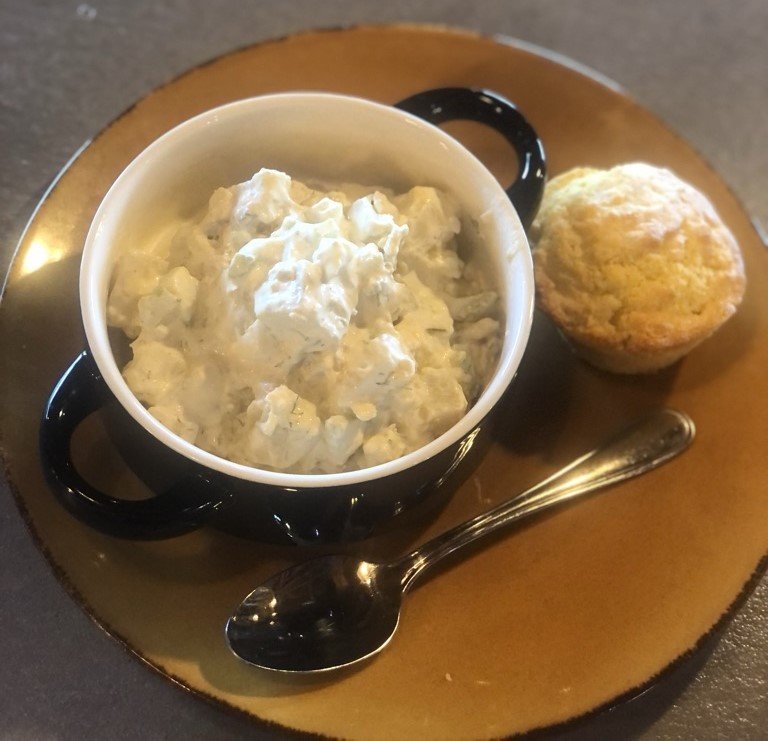 Potato salad isn’t supposed to be a main event. Its humble job is to support other dishes as a kind of chunky mayonnaise — a creamy and tangy mortar between the important dishes. But the other day while I was enjoying some BBQ, the potato salad next to my epic piece of brisket almost stole the show.

At first, those creamy bites were a refuge. They were light as the breeze compared to the rich and heavy glory of the succulent meat I was there for. The potato salad was like another flavor of BBQ sauce, as the dill, onion and pickles gave tangy and aromatic balance to the brisket. When I finally ran out of potato salad, I decided to stop eating and bring home the meat.

This was at Jesse Peppers’ BBQ, a restaurant in a small town called White Sulphur Springs, a small town in the middle of Montana. The potato salad, according to owner Mel Redding, is a collaboration among three generations of her family. It combines elements of her mom’s potato salad with some tricks from her son’s recipe, along with her own.

Many families have a special potato salad recipe, but when each family member has their own specific potato salad recipe, we know we’re dealing with a serious crew of baller chefs. But tragically, this team is like the 1992/93 Chicago Bulls, which remained dominant even after losing Michael Jordan. The restaurant exists, Mel explained, because of her son, Chef Jesse Peppers, who died in a car crash nearly two years ago.

After Jesse died, he left a larger-than-life hole. The family left Vermont and bought an old restaurant in White Sulphur Springs, Montana and set to work bringing his idea to life.

Part of what makes this potato salad so satisfying is its protein content. It’s got large pieces of hard-boiled eggs, and crumbled bacon. On some days at the restaurant, they make it with leftover BBQ, such as brisket burnt ends. It’s also wonderful with browned burger meat. Whatever meat you use will get lathered in the creamy sauce to the point where you can lose track of its identity, but you always know it’s there. Unless you don’t want meat, of course. The dish can be as vegetarian or vegan as you want it to be.

The recipe calls for blending pickles with mayo and sour cream, but the first time I made it I forgot to buy pickles. Instead, I used some homemade pickled cherry bomb peppers and a jar of relish. It wasn’t the same, but when you make small tweaks to an amazing recipe you sometimes achieve dazzling results. I enjoyed the heat of the pickled peppers, and the coupling of “relish” and “peppers” in the same sentence seemed appropriate.

Serve it alongside rich and delicious main dishes. And if you have no main dish, add more meat.  Makes a whole picnic load.

3 cups sour cream (use normal not cultured sour cream, which is too thick)

3 cups mayo (They used Best Foods aka Hellmann’s, with which one can’t go wrong)

Peel the potatoes and cut them small – 3/8 x 3/8 ideally – and put them in a large pot. Add water to cover the potatoes and cook on high heat until they are tender but not mushy. There is nothing mushy about this recipe. Strain and set aside.

In a small pot, boil six cups of water and a half cup of vinegar. Add the eggs, return to a boil and boil for 10 minutes and then move the pot to the sink with the cold water on. Pour out the hot water and flush with cold water. Add ice and let them cool.

Start chopping all the other vegetables into a medium dice, by which point your eggs will be ready to be peeled and cut into 8 pieces each. Store these in the fridge until the end. Wash off your eggy knife and cutting board.

Add the mayo, sour cream and pickles to a food processor or blender, and whizz for about 90 seconds – until the pickles are atomized.

Add the onion, celery, mustard, dill, meat, salt and pepper to a large mixing bowl and thoroughly combine. Add the pickle mayo and mix again. Add the potatoes, and gently mix, lifting from the bottom and carefully folding it over, so nothing gets mushed.