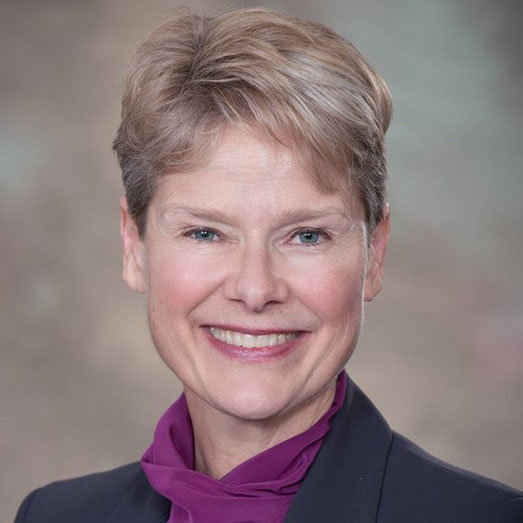 Siemon was the first woman elected to serve in that office. And at times, she was controversial. Some of her policies and practices raised the ire of the Ingham County sheriff, a Circuit Court judge and other officials, who found her too lenient at times.

Siemon succeeded Gretchen Whitmer, who was appointed to replace Stuart Dunnings III  for six months after he resigned in 2016  while facing multiple prostitution-related charges.

Under state law, a panel of 30th District circuit judges will decide on a replacement until a special election can be held to fill out Siemon's term, which ends Dec. 31, 2024.

“Since taking office in 2017, it has been a pleasure to support and develop my outstanding co-workers who do the vital day-to-day work of this office. They have been subject to many extraordinary stressors over the past few years and have constantly risen to every challenge,” Siemon said in a press release. “My pride in their efforts cannot be overstated. Since 2017, I believe that our entire country's justice system has also been beset with three fundamental crises — one unexpected, and the others long term, but never previously garnering the attention they should have.”

She was first elected  in 2016. She ran a progressive platform seeking to reframe the use of the criminal justice system. She told City Pulse in July 2016 she wanted to focus law enforcement on the opioid dealers and traffickers who “profit from addiction and death,” while using the courts to assist those fighting addiction. She also said she would focus on racial equity in the office as well as in the legal system.

Once in office she created systems to track the racial inequity present in the decisions to bring charges in the county, as well as arrest information. She also maintained a database of likely hate crimes, including those perpetrated against the LGBTQ community.

As prosecutor, she was supportive of health orders related to containing the COVID-19 pandemic. In some instances, her office would send warning letters to businesses about violations. Those would be sent in coordination with the Ingham County Health Officer Linda Vail.

She said the pandemic has had an impact on pursuing justice.

“While many have been resolved, the delays have created terrible burdens on victims and survivors and all those involved with the criminal legal system,” she said. “In the face of these three parallel, intersecting crises, I believe we have made substantial progress to reform the justice system and provide for a proportionate response to criminal charges. We have changed the prosecutor's office’s charging and sentencing practices, to provide a greater range of options to hold people accountable for the harm they cause while reducing incarceration, and continuing to serve victims and to expand their services and support. While sentencing and imprisonment practices have changed throughout the State of Michigan, with bipartisan reforms in the legislature and in our courts, our office has made significant progress above and beyond the statewide trends.”

She also sought reforms on sentencing. In her position, she opposed many requests for parole by various convicted felons, including alleged serial killer Donald Miller.

In May she was awarded the “Peacemaker of the Year” award by the Lansing Area Peace Education Center. Following the Dobbs decision by the U.S. Supreme Court, which overturned the Roe vs. Wade abortion rights ruling, Siemon announced she would not prosecute under an existing 1931 law that criminalized people for assisting in an abortion. The law has been declared unconstitutional and in November, voters enshrined a right to reproductive health care, including abortion, in the state constitution.

But her reforms were not always popular. She ran headlong into resistance from law enforcement over some of her reforms, led by Sheriff Scott Wrigglesworth.

One of those policies in Siemon’s office directs her staff to deny warrant requests for possession of drugs, stolen property and illegal firearms during traffic stops initiated by police officers solely for minor, unrelated infractions like illegal window tints or broken tail lights.Siemon said cops have been known to use those low-level crimes — which she labels as “pretextual stops” — as reasons to pursue other charges unrelated to the initial stop. The policy calls those encounters “fishing expeditions” that have disproportionately targeted Black people.

The other policy shift dictates that those arrested in Ingham County for crimes that involve guns will no longer be charged with a separate two-year felony count for possession of a firearm in commission of a crime — except in “the most extreme circumstances,” according to the policy.

Like the first, this policy was also designed to reduce the racially disparate impact that felony firearm charges have had on Black people. The companion felony charge carries an additional minimum two-year prison stint. About 80% of those sentenced for it in Ingham County are Black. Siemon said the shift will help curb inherent racial discrimination that exists within the criminal justice system while also allowing prosecutors to focus on the more severe criminal charges that usually coincide with that companion charge for using a firearm in commission of another crime.

“The institutionalized racial disparities create a criminal legal system where, for example, 12% of our population is charged with 40% of its offenses,” Siemon said of her work to reduce racial inequity in the justice system. “I have worked within the office and across the nation and state with organizations like the Prosecuting Attorneys Association of Michigan, the Vera Institute of Justice, Fair and Just Prosecution, and the Prosecutors’ Center for Excellence to reform sentencing practices and to address mass incarceration. While the overall number of those imprisoned is now significantly reduced, the work continues as racial inequities remain.”

Siemon holds a J.D. from Suffolk University Law School  Boston and a B.A. from James Madison College at Michigan State University .Before being elected prosecutor, she was also a law clerk for retired Circuit Judge James Giddings, then an assistant prosecuting attorney in Ingham County. She worked as a legislative aide, drafting and reviewing new laws. She also served multiple stints in child welfare legal arenas in the state.