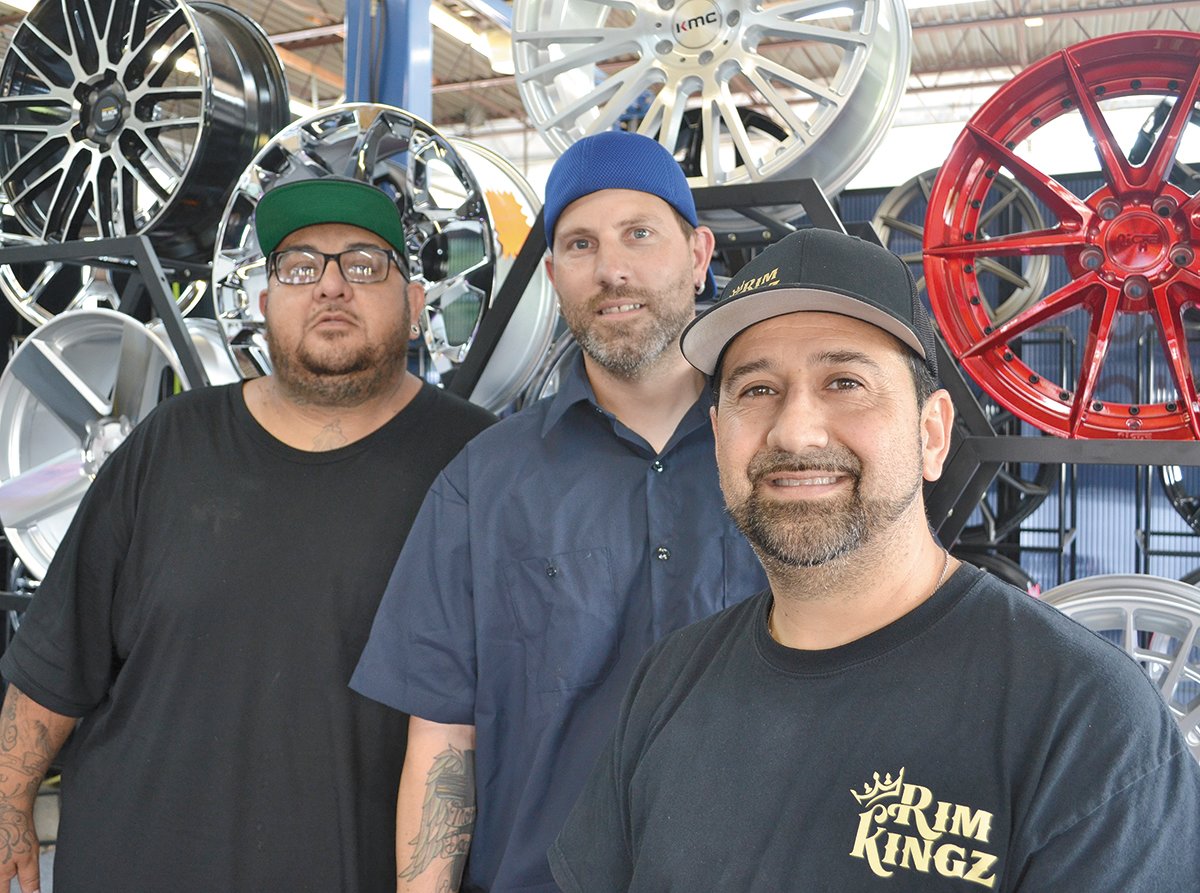 Buying new tires can really break the bank, especially if you need all four replaced. Unfortunately, in most cities around the United States, you need a car if you want to get around, go to work and get to your appointments on time. Rim Kingz, a new rim/tire shop has a solution for buyers who can’t afford to empty their bank accounts in service of their car.

“I just felt like Lansing needed something like this,” said Lester VanWormer, one of the co-founders of Rim Kingz. He started the business with the help of his partners Larry Kennedy, Sam Perez and Armando Nero. “People can’t always afford to buy rims and tires out of their pockets that day. We came up with an idea to have financing for them if they wanted a set of rims or tires and didn’t want to pay $500 or $600 out of pocket.”

He found a financing company that would give his customers a loan for 100 days, same as cash, no interest. For people with leaking tires or busted rims, those loans could be a lifesaver.

Spot-Les Detailing on the corner of Cedar Street and Holmes Road was his first business venture. But a friend who works as a wheel distributor was bugging him for years to get into the wheel business. He didn’t have time for it until earlier this summer.

With the help of his uncle and a few buddies, he opened Rim Kingz.

“We decided to give it a shot,” VanWormer said. “We’ve been trying our best. It’s going OK.”

Between the bunch of them, they have a collective 20 years of experience working on cars. He employs a painter and several tire technicians.

“We just want to get the word out, so people know that they don’t have to go and spend that much money out-of-pocket right now,” he said. “Man, times are tough.”

As long as you have a job and can offer proof that you make money, you can get approved for a loan within two minutes. Rim Kingz sends a link to the application to your phone to let you know if you’re eligible.

Walking into the store, you’ll see a vast array of tires and rims. Different colors, different sizes, whatever you dream of adding to your vehicle.

“People walk in and see something that they’ve been wanting for a while,” VanWormer said. “A lot of people don’t even know what they want until they walk in and see it.”

If something you want isn’t available in-store, employees at Rim Kingz will gladly guide you through their distributor’s website so you can get exactly what you want.

The main thing he wants his customers to know is that Rim Kingz has more to offer than just rims, despite what the name would lead you to believe. While they do offer custom rims, a big part of this new business is selling tires. It’s a problem that he encountered at Spot-Les, too. People often don’t know which various services he can provide.

“In the winter-time, people are going to be driving their beaters,” he said. “I want people to know they can come here for new tires, if they get a flat tire or a leak. We’re here to take care of it.”

Welcome to the ‘pretty jungle’

Voyages Wine Shop opens on east side, delivers far beyond