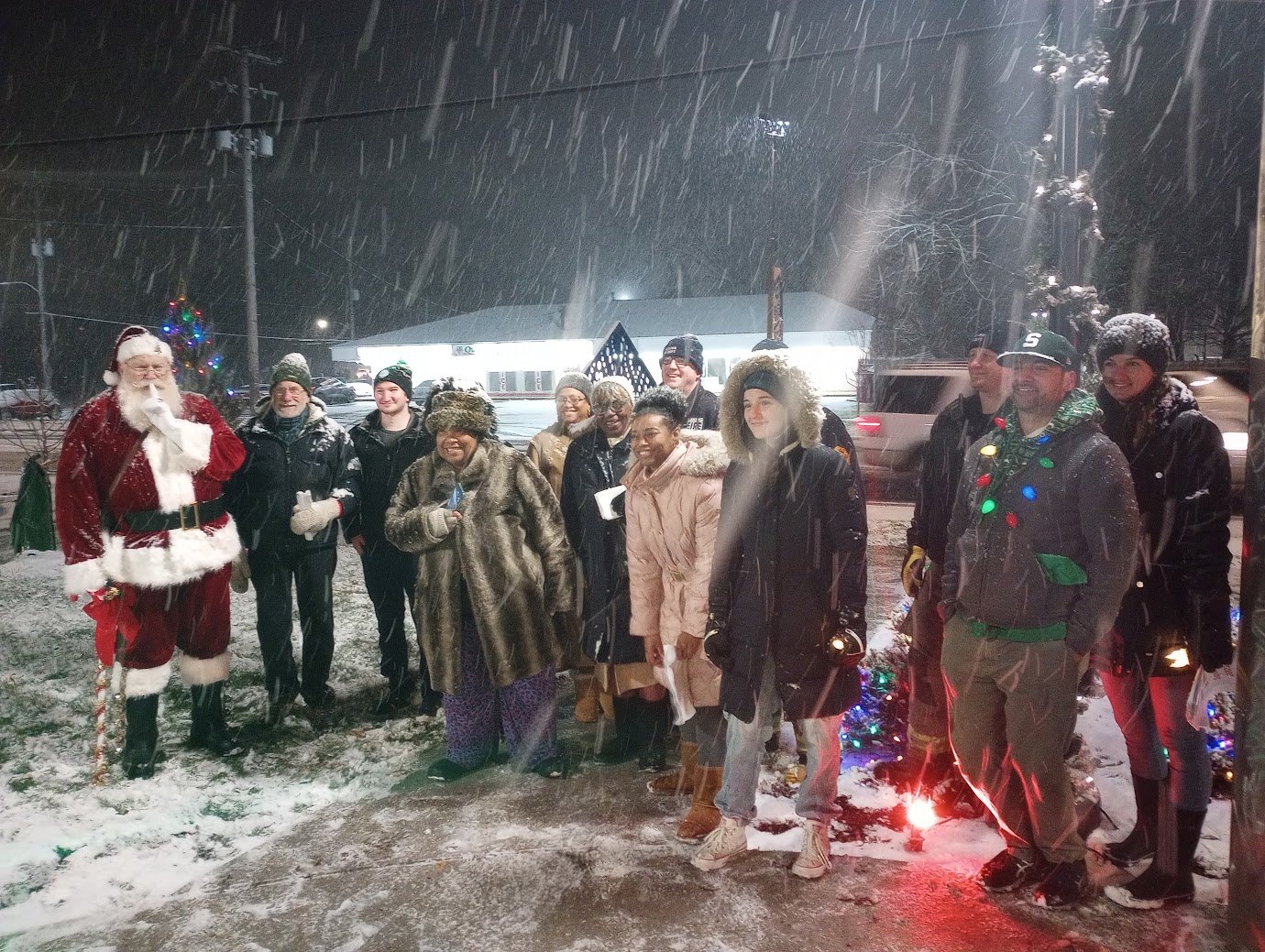 Santa Claus and Lansing residents gathered in the snow to sing carols and light the holiday lights in the Plaza located at the corner of Pleasant Grove Rd. and Holmes Rd. in southwest Lansing. The event was sponsored by Southwest Lansing Action Group (SWAG).
Todd Heywood
Posted Friday, December 16, 2022 8:25 pm
Todd Heywood

FRIDAY, Dec. 16 — Santa Claus told City Pulse in an exclusive  interview this evening that Lansing has made the nice list this year.

Santa was participating in a celebration to light holiday lights in the Plaza, a sculpture and landscaping project sponsored by Southwest Action Group. SWAG was created to revitalize and address ongoing issues in southwest Lansing.

In addition to Santa's appearance, about 50 community members, firefighters from the Lansing Fire Department and a member of the Lansing Police Department joined together to sing carols. The caroling was led by 54-A District Judge Kristen Simmons.

City Pulse was live at the event, and here's the video. The video is also available on Facebook.