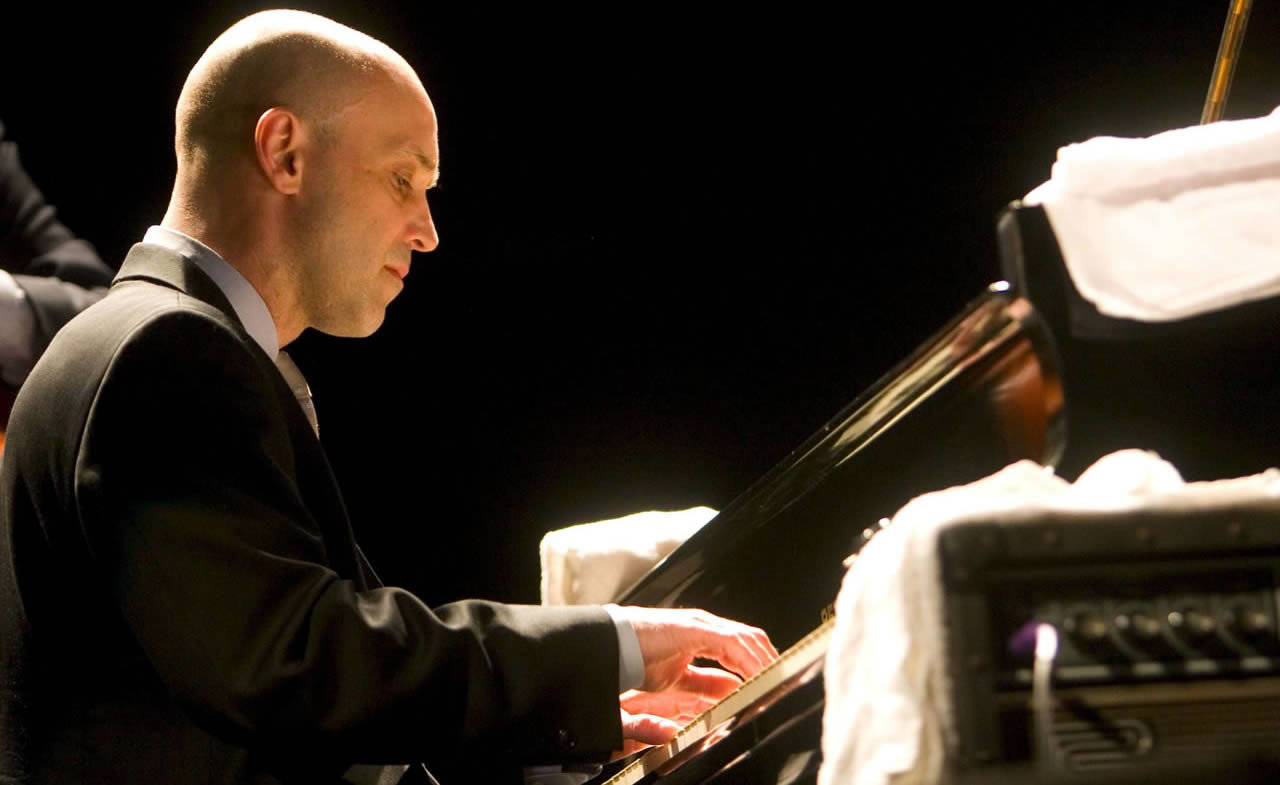 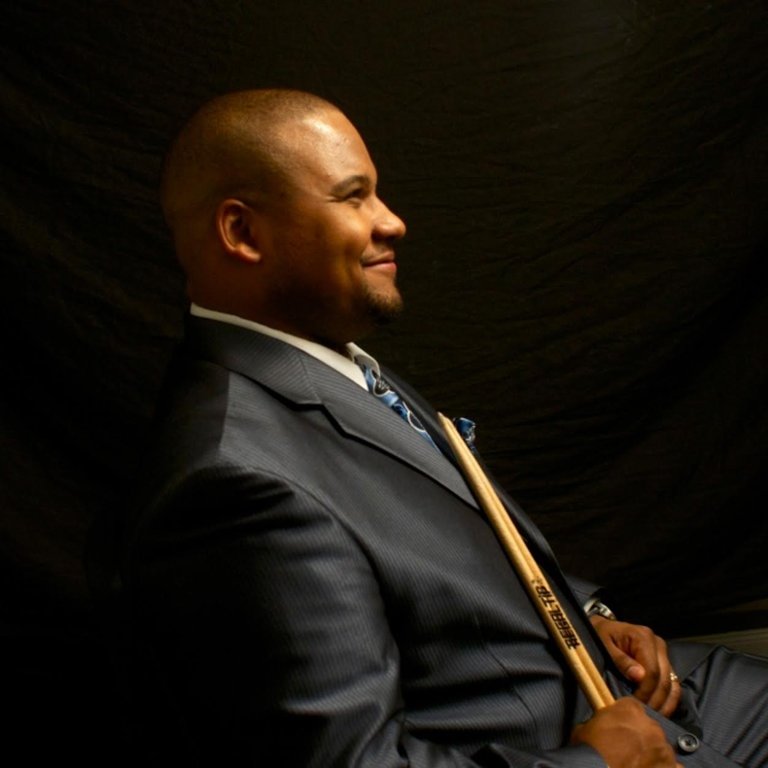 Pianist Larry Fuller never took a jazz class. He feels lucky to have played “in the wild,” as he describes it, with jazz greats like Floyd “Candy” Johnson, jazz and blues singer Ernestine Anderson, bassist Ray Brown and drummer Jeff Hamilton.

“I feel like my age group was the last generation that could still learn the music in a more organic way, by just playing on the bandstand,” he said.

Fuller’s star has risen since he got a generous, but dubious, nod in an April 24, 2009, story in The New York Times.

That story framed Fuller as an archetype of the under-appreciated sideman, a specialist in survival. The headline: “A Life Lived On the Side.”

Nash, who also appears on Fuller’s new album, “Overjoyed,” will lead his own quartet at the Summer Solstice Jazz Festival 8:30 p.m. Friday.

Fuller grew up in the working-class section of Toledo.

Powerhouse Kansas City saxophonist Floyd “Candy” Johnson, a veteran of the Count Basie and Duke Ellington orchestras and leader of a Detroit band called the Peppermint Sticks, plucked Fuller out of Riverside Elementary in north Toledo to play in an all-city student ensemble.

Fuller traveled and played gigs with Johnson when he was barely into his teens.

“It was a tremendous learning experience,” he said. “He was a great player and a great mentor to me.”

Back then, Fuller and Rodney Whitaker played several gigs together as young musicians in the Ann Arbor, Toledo and Detroit area.

Fuller was 21 years old when Ernestine Anderson came to Ann Arbor’s Bird of Paradise club in the mid-1980s. A formidable vocalist 40 years his senior, Anderson was impressed that Fuller knew her arrangements.

By the third night, she told people he was her new piano player.

The two of them traveled together, picking up a local bassist and drummer for each gig, until 1994, when Fuller joined a trio led by drummer Jeff Hamilton. That gig led to a career high in 2000, playing in bassist Ray Brown’s last trio.

Brown’s exquisite trios reached the pinnacle of the form. Neither Brown nor Hamilton tolerated mediocrity of any kind.

“Both of them were fantastic bandleaders as well as great musicians,” Fuller said. “It doesn’t matter if you had a bad day, or if you only got an hour of sleep the night before. Whenever you touch the instrument, you have to be completely focused and at the top of your game.”

“Sometimes jazz musicians might be great players, but they’re just sort of up there, jamming on a tune,” Fuller said. “Ray would always do something with a song, put an intro on it, an arrangement that made it special. I learned that from him.”

Fuller has been a workhorse for most of his life, beginning with a disciplined practice regimen he took up at Toledo’s Catholic Central High School and still maintains. He transcribed and mastered over 100 arrangements to satisfy Ray Brown’s exacting standards.

“Ray Brown would say, ‘You need a hobby,’” Fuller recalled.

These days, Fuller is making more of an effort to enjoy life. He and his wife recently put the crush of New York behind them and live near Princeton, New Jersey. They enjoy traveling, when time allows, and “spending time out in nature.”

“There’s other things in life, other than sitting in a practice room,” he said.

Keeping a touring, working trio together is not easy.

“But it’s a joy to play music I want to play and present it the way I want to,” he said. “It’s a blessing to play music, period. And this coming weekend in Lansing, I’ll be with my very, very dear friends, who happen to be two of the greatest musicians in jazz.”

If you’re looking for one person who embodies the swinging energy, tireless work ethic and jelly roll joy of Michigan’s jazz tradition, you can hardly do better than drummer Sean Dobbins.

Dobbins, a mainstay of hundreds of Detroit and mid-Michigan gigs and a faculty member at Indiana University, hits the Al & Beth Cafagna Founders’ Stage at 4 p.m. Saturday with his rolling-thunder organ quartet.

“It’s not just a gig now,” Dobbins said. “The pandemic has reminded me of things I was taught when I was 12 years old — just be grateful, man.”

He will be joined by Diego Rivera on tenor sax, Duncan McMillan on organ and Peyton Miller on vibraphone.

“I bought those blue drums in the year 1994 B.C. — Before Children,” he said with a laugh. “You keep playing all these really great gigs, but then, all of a sudden, you’re married. I have three kids, all kinds of stuff changes. You evolve, your music evolves.”

Organ combos have come a long way since the juke-joint days of the 1950s. Dobbins’ group takes full advantage of the glorious, throbbing, sustained notes only organs can deliver.

“The organ fills up a lot of space,” Dobbins said. “It gives you the opportunity to feel the notes.”

In the 1980s, jazz organ titan Charles Earland turned a 1969 pop hit by the Spiral Starecase, “More Today Than Yesterday,” into a jumping hurricane of joy. The tune is a centerpiece of Dobbins’ recent organ quartet album, “The Journey.”

“That’s one of our gems,” Dobbins said. “We really enjoy doing that one.”

The album’s title track, composed by Dobbins, is a more thoughtful meditation on day-to-day life.

“It’s about the next chapter — having kids, everyday life, the successes and challenges that come up,” Dobbins said. “The first part of the tune is about how life challenges us. The melody is reconciling with those issues, understanding what’s happening. The third part is like a piece of the solution, and it weaves back into the struggle.”

For Dobbins, the next chapter in life arrived a month before the pandemic hit in 2020, when he got a call to apply and audition for a gig at Indiana University.

“All of a sudden there’s a major turn,” he said. “Now I’m an associate professor.”

Dobbins has taught and mentored in many settings, in Detroit and beyond, but he’s found an ideal base of operations at Indiana.

“It’s the absolute right choice,” he said. “This is where I should be and need to be right now.”

He just followed up the organ album with a new CD, “The Triophile,” featuring four different pianists, including MSU grad Corey Kendricks and another Summer Solstice Jazz Festival headliner, Larry Fuller, along with bassist Rodney Whitaker. He has four more albums in the pipeline.

“Musicians are playing with a different appreciation,” he said. “Lots of recordings are coming out. The music has a whole different edge to it. And I’m not just talking about me. I think everybody has a renewed sense of what it means to sit down and have a family meal, a renewed sense of taking a walk, of sitting outside and talking to our neighbor for a few minutes.”