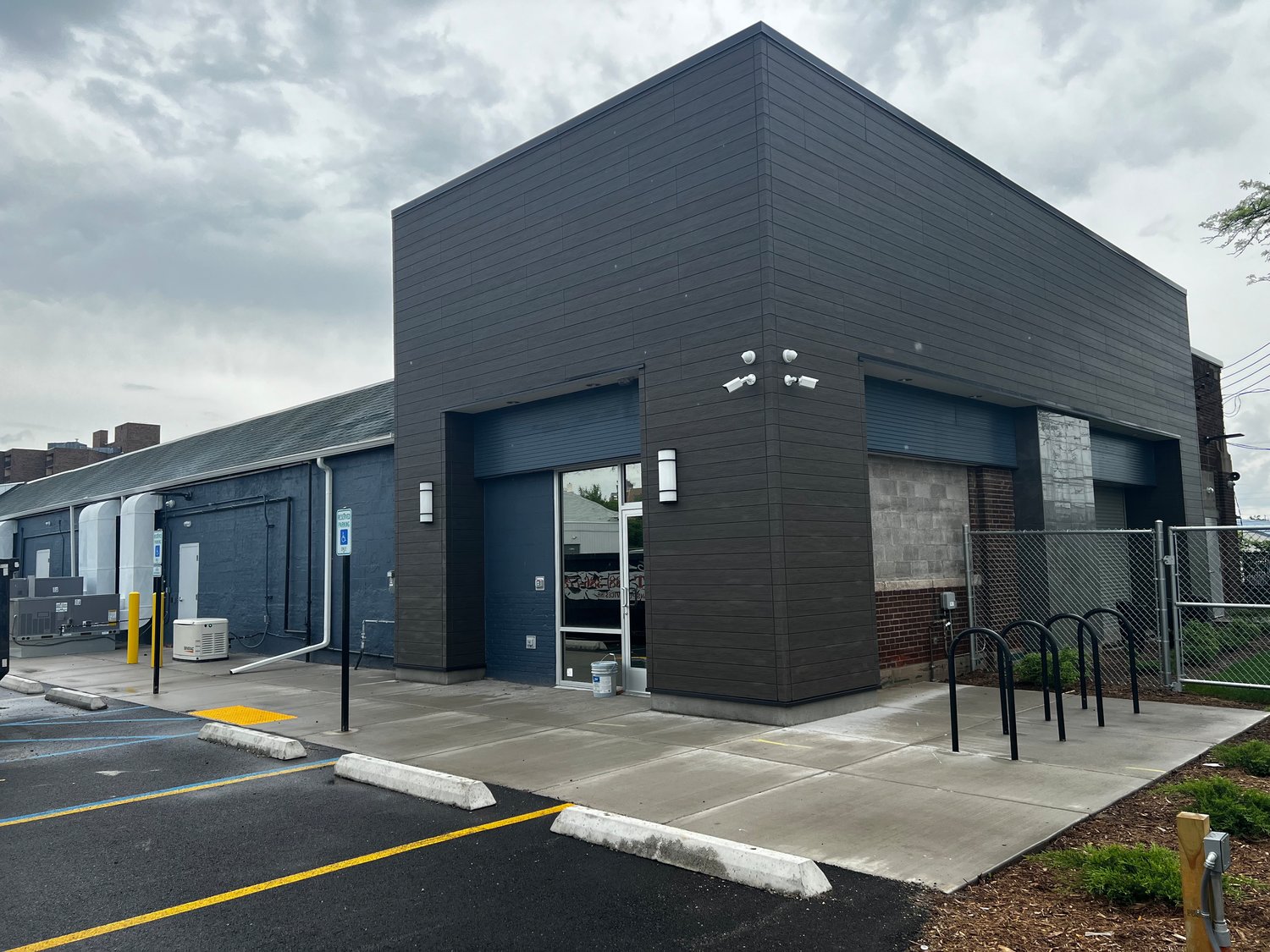 Pure Roots is expected to open its third dispensary this month in the former Ellis Cleaning Co. building.
Kyle Kaminski 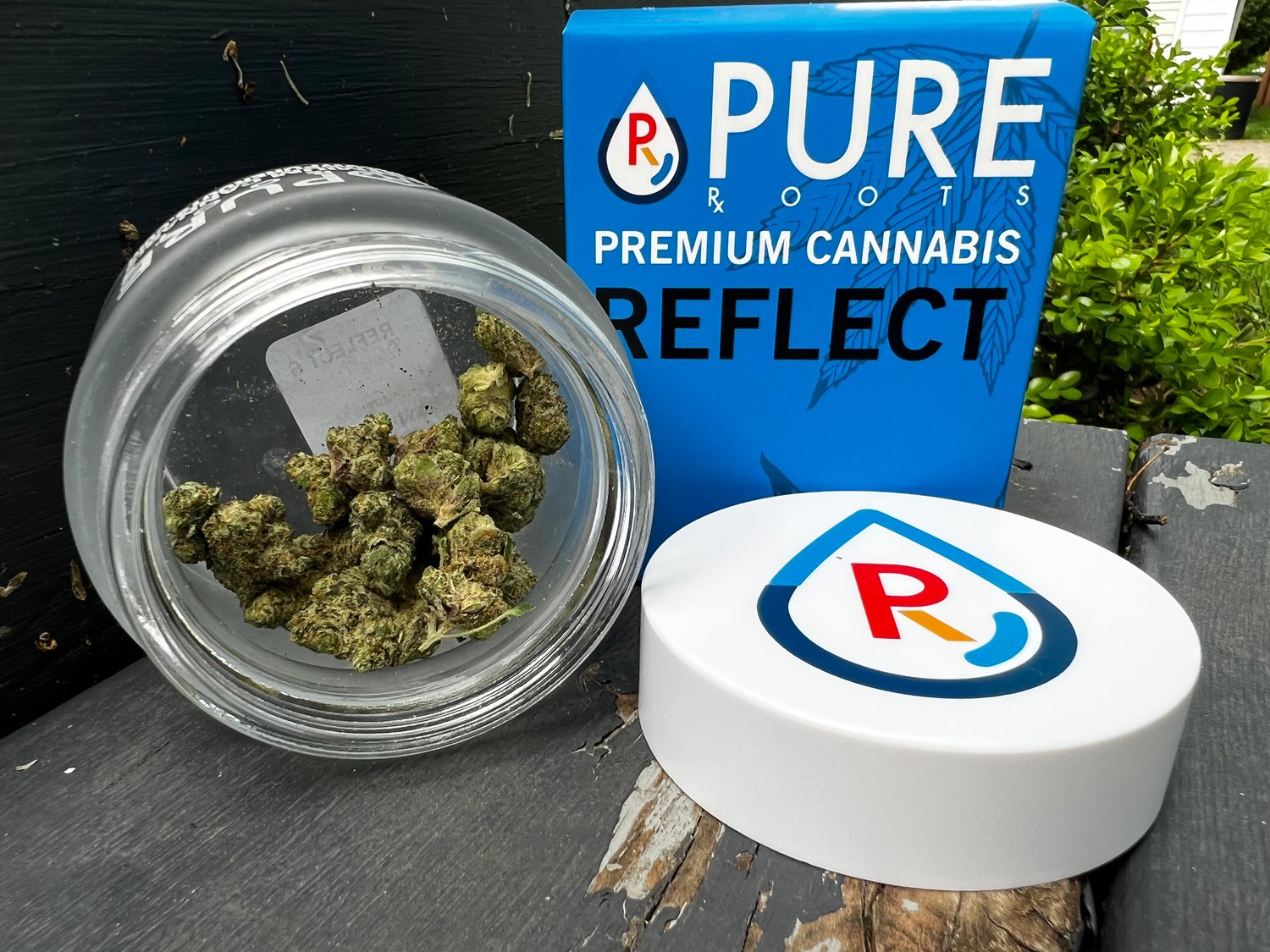 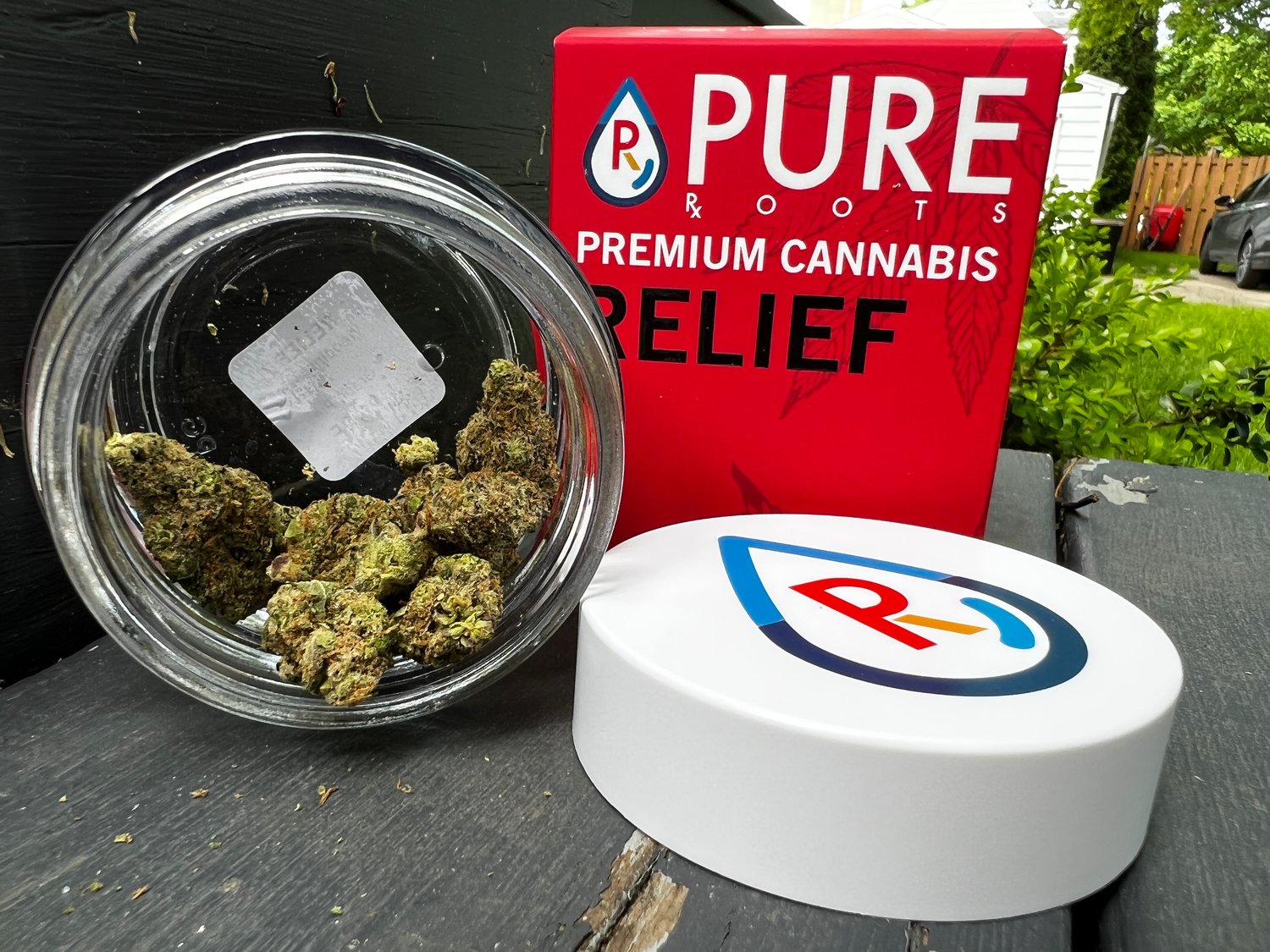 Some readers like to gripe every time a new pot shop opens in Greater Lansing. I already know what some of them are going to say: Really? Another dispensary? Do we really need that?

Well, NIMBYs, the answer is a resounding “yes.” The Capital City just can’t get enough of that sweet, danky goodness. At least one more dispensary is expected to open here this month.

If you’re keeping count: Twenty pot shops are open across Lansing. City ordinances allow for eight more — with four of them set to open sometime this summer, city officials estimated.

The next one on deck: Pure Roots, which was licensed this year for a medical and adult-use (i.e., recreational) dispensary at 515 N. Larch St. Company officials haven’t set a grand opening date. They also ignored my messages this week, probably because they’re not ready to announce any details.

Undeterred, I took a trip last week to its first retail store in Ann Arbor in order to give readers a sneak peek of what’s coming. And it looks like we’re all in for a (rather expensive) new treat.

Pure Roots opened its Ann Arbor shop in 2020 and expanded this year to include a second location in Centerline. In addition to its plans here, the company operates a cultivation facility in Lansing and also plans to open a fourth store in Battle Creek. It also reportedly holds licenses for at least a dozen other yet-to-open stores across Michigan.

Budtenders there boast about how they only sell “non-remediated” cannabis, meaning the weed on the shelves isn’t treated with chemicals to remove traces of mold and mildew. In turn, that’s designed to provide customers with a smoother smoke and more aromatic terpene profile.

After checking in at the front desk, I was offered a bottle of Fiji and then shown to a couch in the lobby. A flatscreen mounted on the wall was playing an instructional video on how to roll a joint.

A budtender eventually greeted me at the lobby like it was a doctor’s appointment and showed me over to a glass display filled with several unlabeled jars — all lined up in order by “feels.”

Pure Roots’ in-house flower brand “Forté” is marketed by four categories based on each strain’s terpene profile and the resulting “feeling” that each variety is designed to provide customers.

Eighters ranged from $35 to $65, making some strains among the priciest weed in the state. Hopefully Pure Roots recognizes that Lansing isn’t used to shelling out that much cash on weed unless it’s some sort of supercalifragilistic birthday bud that’s hand-rolled by Willie Nelson.

The “Reflect” category is designed to help you “find your Zen and soothe your mind, body and soul.” These sativa-leaning strains incorporate terpene combinations that promote feelings of introspection, improved mood and enhanced focus. My budtender recommended an in-house hybrid of two varieties of Triangle Mints for a more uplifting, euphoric and energetic sort of high.

He was spot on. This stuff gets the job done. These beautifully dense, trichome-caked buds had just the right amount of moisture content to make for a perfectly smooth, even-burning joint. The flavor was also uniquely sweet, earthy, cheesy and nutty with just the mildest touch of mint.

And a few puffs led to a level-headed sort of high that was great for deep thoughts, even deeper conversations and finding the motivation to follow through on sudden bursts of creativity.

The indica-leaning “Relief” category is geared toward helping smokers find the cozier side of the terpene spectrum. Smokers may find these strains help with chronic pain, appetite loss, inflammation, insomnia and anxiety while promoting an overall sense of rest and relaxation.

Relief No. 7 (otherwise known as Wedding Pie) is an indica-dominant hybrid of Wedding Cake and Grape Pie that’s almost always best served for dessert — mainly because you won’t be doing much of anything after you smoke this stuff. It’s pure relaxation, rolled up into a joint.

These sticky little nuggets were fruity, creamy and even smoother than the last. But don’t be fooled: This stuff packed a stress-relieving punch, making it perfect for rainy days at home.

Kyle Kaminski is a journalist and cannabis enthusiast. Editor & Publisher magazine has also labeled him as “arguably, the state’s authority on everything you need to know about cannabis. Have a suggestion for a dank new product or a feature idea? You can reach him at kyle@lansingcitypulse.com.

Grind those spices: Taste Coffee Co. makes it all from scratch