The people that made the ’60s America’s most radical decade 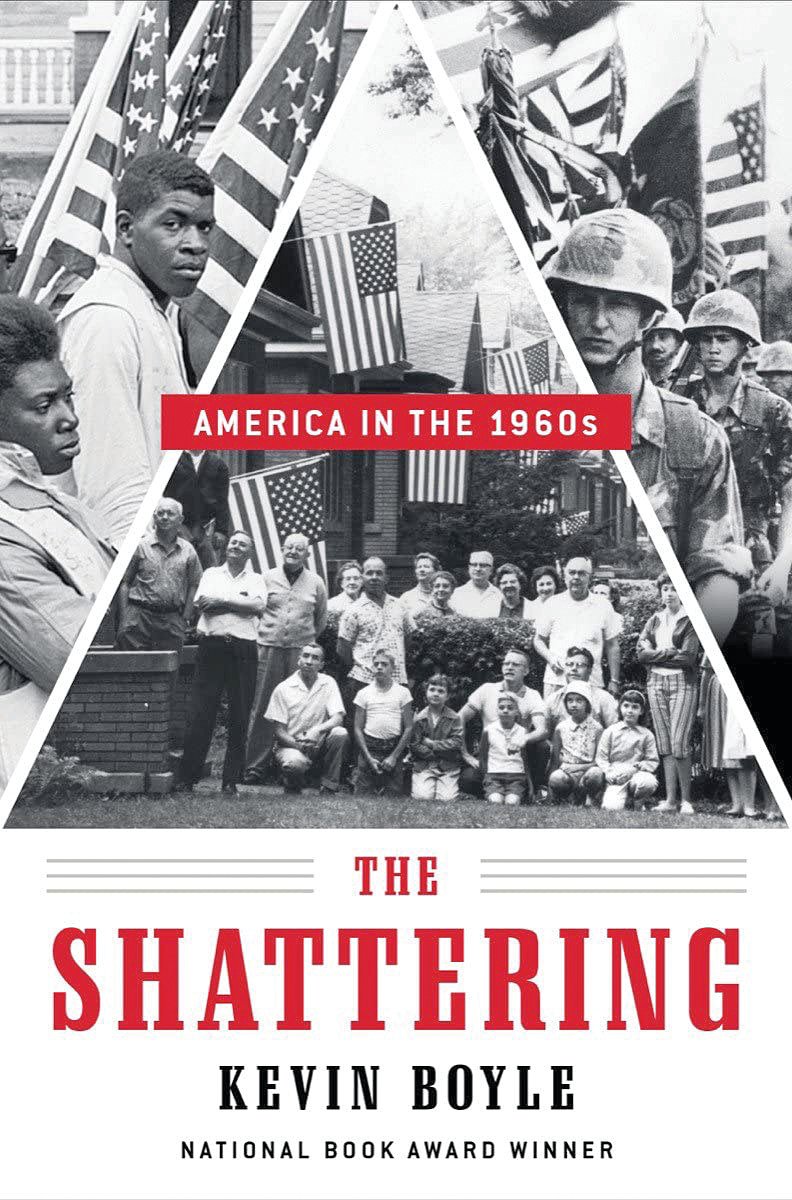 Historian Kevin Boyle’s new book, “The Shattering,” has no surprises, major revelations and no sappy stories. Instead, it is packed to the brim with tales of courageous individuals who stood for justice and truth. “The Shattering” is a straightforward look at the tumultuous decade of the ’60s, and how it shaped the course of United States history.

Many will recognize Boyle for his groundbreaking, National Book Award-winning nonfiction novel, “Arc of Justice,” which detailed the heroic actions of African American physician Ossian Sweet. Sweet stood up to an angry mob after he and his family moved into an all-white Detroit neighborhood in 1925. The incident resulted in the death of a bystander. Sweet’s subsequent trial garnered national attention, with the heavyweight attorney Clarence Darrow acting for the defendant. The trial’s presiding judge was Frank Murphy, who went on to be Governor of Michigan and a United States Supreme Court ustice.

In writing “The Shattering,” Boyle examines the ’60s with a broad brush. He drills down on only a handful of themes and individuals — including the Vietnam War, Roe v. Wade, the civil rights movement, the 1968 Chicago Democratic Convention, sexuality and gay rights.

Boyle lives in Evanston, Illinois, where he is the William Smith Mason Professor of American History at Northwestern University. He said writing about the ’60s was a daunting challenge, since so many books have already been written on the era. He approached the major themes by filling out the lives of courageous individuals who went against the tide.

For example, in writing about Martin Luther King Jr., he used King’s time organizing and living in Chicago instead of retelling the better-known stories of King’s civil rights activism. When writing about Norma McCorvey and the landmark Roe v. Wade case, he tells of how McCorvey positioned herself as an outsider. In addition to framing the story of the pro-abortion movement, McCorvey calls herself a “nobody.” Another nobody who emerges from that case was the young lawyer Sarah Weddington, who litigated the case.

“I wanted to show the courage of people in a society that didn’t accept them,” Boyle said.

Boyle is a self-identified poll nerd, and throughout the book he uses poll data to show that most of ’60s radical movements, including the antiwar movement, were not accepted by the general American populous of the time.

“One of the things I wanted to do was bring up the influence of ordinary people who did extraordinary things to transform society,” Boyle said.

Boyle starts his book by looking more closely at a photograph that he remembered from his childhood. It shows a group of three dozen neighbors on Eddy Street in northwestern Chicago back in 1961 flying American flags on the Fourth of July.

“I wanted to know more about who they were,” he said. Throughout the book, the people of Eddy Street serve as a metaphor for the silent majority.

“When writing the book, I tried not to beat anyone over the head with arguments. Instead, I looked for compelling stories to pull people along. Many are ambiguous and about people who have to grapple with their complexity,” Boyle said.

One courageous person Boyle details is Estelle Griswold, who challenged the ban on birth control in 1965.

What many who lived through the ’60s will find remarkable is how Boyle points to busing as the decade’s most transformative action. In his last chapter, he explores how busing was the most radical movement.

“It affected daily life and became a personal thing. It caused a radical change for families,” he said.

Boyle also points out that busing may have been the reason the Civil Rights movement stalled when the Supreme Court narrowly defined or declined to support busing in cities like Detroit.

Boyle, who teaches a class on civil rights, said, “Students are amazed this happened.”

To be fair, Boyle does not shortchange the impact of the Vietnam War, the antiwar demonstrations and the roles Presidents Kennedy, Johnson and Nixon played in the growth of militarism. Like myself, readers will have their own views about topics they believe deserved more attention — such as the draft, which is mentioned only sparingly.

Boyle, for the benefit of the reader, doesn’t get in the weeds with topics like the radical Weathermen or the Black Panthers, which only get a few short paragraphs in the book. He said those topics already have many other indepth books written about them.

The author also deftly navigates the more popular pop culture of the ’60s, avoiding topics like movies and music among others.

“I’m happy to say I wrote a book on the ’60s and never mentioned Bob Dylan,” he said.

After reading “The Shattering,” I direct readers to a new thriller by T. Jefferson Parker, who uses the ’60s as the backdrop to his new novel, “A Thousand Steps.” The book is a coming-of-age story set in the wide-open Laguna Beach, California, and features a teenager who uses his street smarts to rescue his kidnapped sister.