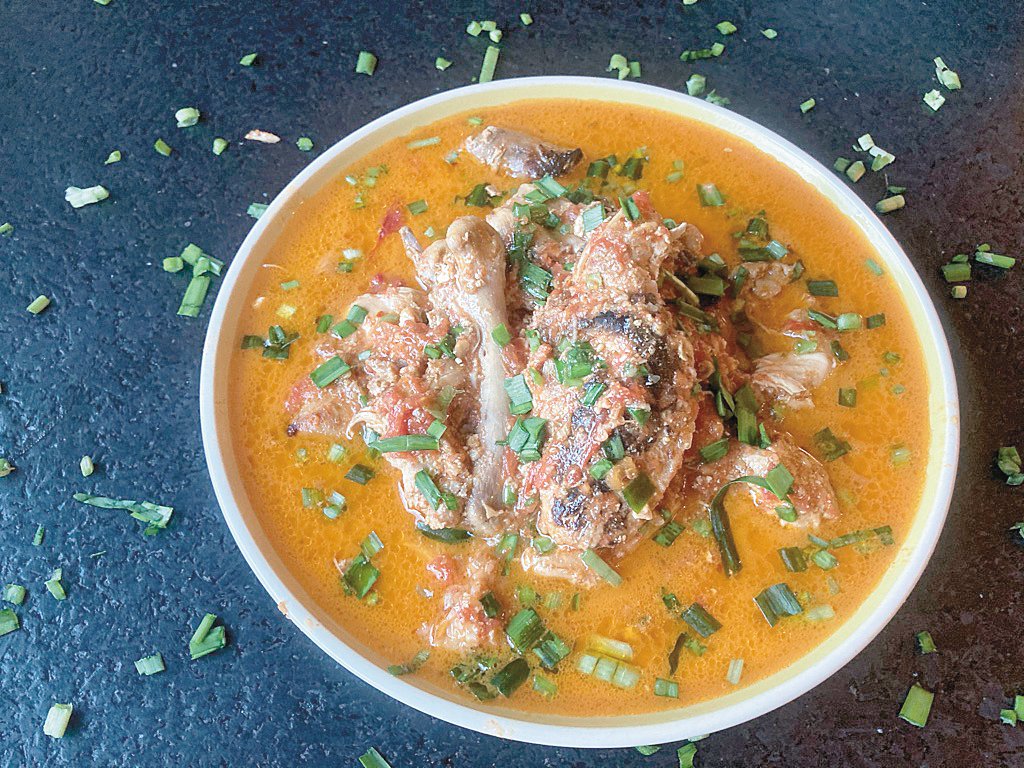 What better way to say goodbye to summer than with a tomato? They haven’t disappeared yet where I live, and unless they get bonked by an early frost, the red orbs of August should persist into October. And I will be clinging to those sweet and savory fruits like summer itself.

A pile of ultra-ripe, super-juicy, very delicate and extra-perfect tomatoes — a category I call heavy tomatoes — is a more functional mark of leisure than a stash of cut stones from the Earth. The heaviest of tomatoes, in fact, can be too delicate to move. All of which points to the need to eat your tomatoes. After all, true wealth means the ability to consume freely, when appropriate. And now is a most proper time to consume tomatoes freely, with no guilt. Just don’t get a mouth sore.

Everybody loves a fat, juicy tomato slice on their BLT, or on their caprese salads with leaves of basil and slices of mozzarella cheese. Diving into a raw, full-bodied tomato is like biting into the beating heart of the Earth. But let’s not forget that the heavy tomatoes of summer can glorify your life in other ways too. When properly cooked, a heavy tomato is also superior to an off-season import, in terms of what it gives to a dish. A sharp, savory fullness that many cultures have figured out ways of capturing in their cuisines. In a savory gravy, the heavy tomatoes of summer give up their form entirely and surrender to the saucepan, joining the garlic, oil and spices in a rich sauce.

Marinara is the most famous example of a pan-fried tomato sauce. Along similar Mediterranean lines, I really like adding chopped heavy tomatoes to garlic butter, and things that I like to cook in garlic butter. Tomatoes in the shrimp scampi. Tomatoes in in the garlic bread sauce.

But if you change the seasonings a little bit, the sauce can change character.  I like to slip crushed heavy tomatoes into my Asian stir-fry sauces. Their sweet umami augments the savory contributions of soy, oyster and fish sauces.

Butter chicken, consider the most popular Indian restaurant dish in America, is another example of a tomato gravy. Being composed mostly of tomato, butter, garlic and cream, the rich sauce could belong to France, Spain or any number of Mediterranean cuisines — were it not for the ginger, fenugreek and garam masala spice powder.

From place to place, the spices may change, but if you have garlic, oil and some ripe tomatoes, you’ve got the makings of heavy, heavenly tomato gravy.

This recipe comes from my amazing Indian cookbook, “50 Great Curries of India,” by Camellia Panjabi, the grand goddess of Indian cooking. Her recipe is written in grams, and I’m not going to mess with her recipe more than I must.  So quit whining and go get a food scale. Seriously. You will love it. And you will feel like a grown up.

Puree the garlic and ginger in the blender. Combine the yogurt, ginger and garlic puree, marinade spices, salt and lime juice and mix well. Cut hash marks into the chicken pieces and add them to the marinade. Let sit for at least 2 hours, but preferably overnight.

1 teaspoon ginger garlic puree (from the marinade, above)

Boil a pot of water, salted with about a tablespoon of salt, and scald the tomatoes for four minutes. Remove and drain. When they are cool enough to work with, remove the skins. Place the tomatoes in a cold pan and crush them with the implement of your choice. Add the salt, turn the heat to medium, cook for about 10 minutes.

Add the chilled butter, chili powder and ginger and garlic puree. After the butter has melted, cook for another minute. Add the fenugreek and garam masala powder and salt to taste. After 30 seconds, add the cream and stir.

Add this delectable sauce to the pot with the chicken and juices. Cook together for five minutes on low and serve.