We can do better

A few credit unions are living up to their roots 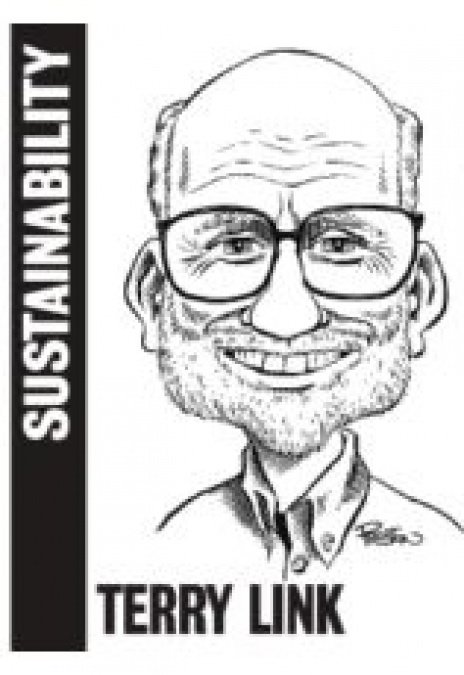 The object of credit unions when created in the mid-1920s was to provide credit to those who couldn’t get it from the banks and for any profits to be shared with the members. Credit unions were tied to certain community bonds, and many still are. They were designed by purpose to be community focused. Nationally, credit union membership continues to grow, reaching more than 100 million members last year and growing at a 4 percent rate.

More recently, however, credit unions have expanded their definition of community, and many are now effectively statewide enterprises. Mergers are increasingly common, like NuUnion (originally State Employees Credit Union) with DTE Credit Union, now called Lake Trust. Recently, what is being called the largest credit union merger in history will join Lake Michigan Credit Union (Grand Rapids) with United Federal Credit Union (St. Joseph), making it the 19th largest in the U.S. and serving seven states when finalized. It’s becoming harder to distinguish credit unions from banks anymore, either by their geography, their governance, or their buildings. There seems to be a battle for splendor over on the stretch of Coolidge Road north of Meijer, where the MSU Federal Credit Union and Mercantile Bank both built multi-story edifices.

As noted in a new book from Harvard University Press (2015), “How the Other Half Banks: Exclusion, Exploitation and the Threat to Democracy”: “Credit unions were an ideological rejection of mainstream banking — a purposeful system of credit that favored the common good above profits, communities over institutions, and mutual control over hierarchy. … Today, credit unions are much like mainstream banks. The American Bankers Association argues that credit unions are not fulfilling their mission to serve the underserved. Of course, the banks are biased, but the assertion is not unfair.”

There are only 13 designated Community Development Financial Institution credit unions in our state. Such institutions are required to devote a minimum of 60 percent of their lending to disadvantaged communities, an original focus of credit unions. Only one of those is located in mid-Michigan.

How else might credit unions strengthen community? A recent report for the Filene Research Institute of Madison, Wis, called “Improving Social and Environmental Sustainability: A Credit Union Assessment and Comparison,” notes that “credit unions that embrace and communicate their social or environmental sustainability initiatives can carve out a unique niche for themselves within their communities.” The report, which studied and compared the triple-bottom-line performance of credit unions and independently owned, sustainability-focused banks, found that “there are many benefits for credit unions that increase their social and environmental performance, including positive public relations, cost savings, talent acquisition, and access to new markets.”

There are still some credit unions that pay heed to these origins. Alternatives Federal Credit Union in Ithaca, N.Y., for example, is dedicated to creating economic opportunity for underserved people and communities. “Our social mission is integrated into our economic mission, so for whatever reason, joining Alternatives is making a choice towards a more economically just community.“ Vancity, the credit union I described in my last column, has certainly raised the bar. On top of its living wage commitment and carbon neutrality achievements, its 56-page 2014 annual report notes plenty of successes across the triple bottom line. But they even note where they have failed to reach their goals. This commitment to transparency is evident throughout the report as it was in conversations I had with management. For instance, they show the compensation package for their CEO and note that the ratio between it and the median salary was 16:1, which they compare to a study showing CEO pay at large Canadian banks at 135:1. They also noted a failure to meet their goal for new members. Unlike at least one credit union in our area, however, their board meetings are not open to members.

The Filene Research Institute report identified private banks that set higher standards than most credit unions these days. A few examples highlight what is achievable. The mission at Beneficial State Bank in Oakland, Calif., “mandates we produce social justice and environmental well-being at the same time as we are economically sustainable.” Virginia Community Capital of Christianburg, Va. is a certified public benefit (B-Corporation), as is New Resource Bank in San Francisco. B-Corporations’ charters commit to serve a social purpose. Certified B-Corps have successfully met the B-Corp triple-bottom-line assessment test. New Resource Bank is also a member of the Global Alliance for Banking with Values and their annual sustainability report demonstrates a strong commitment to TBL performance.

Might not our local credit unions or banking institutions adopt some of the admirable practices demonstrated by Vancity and the other sustainable credit unions and banks? Given their enviable success across the triple bottom line, let’s hope they ask themselves “Why not?” We credit union members should use our voices to encourage them.

(Consultant Terry Link was the founding director of the Office of Sustainability at MSU.)