In a position shift, Councilman paints police divestment as ‘niche’ cause in Lansing 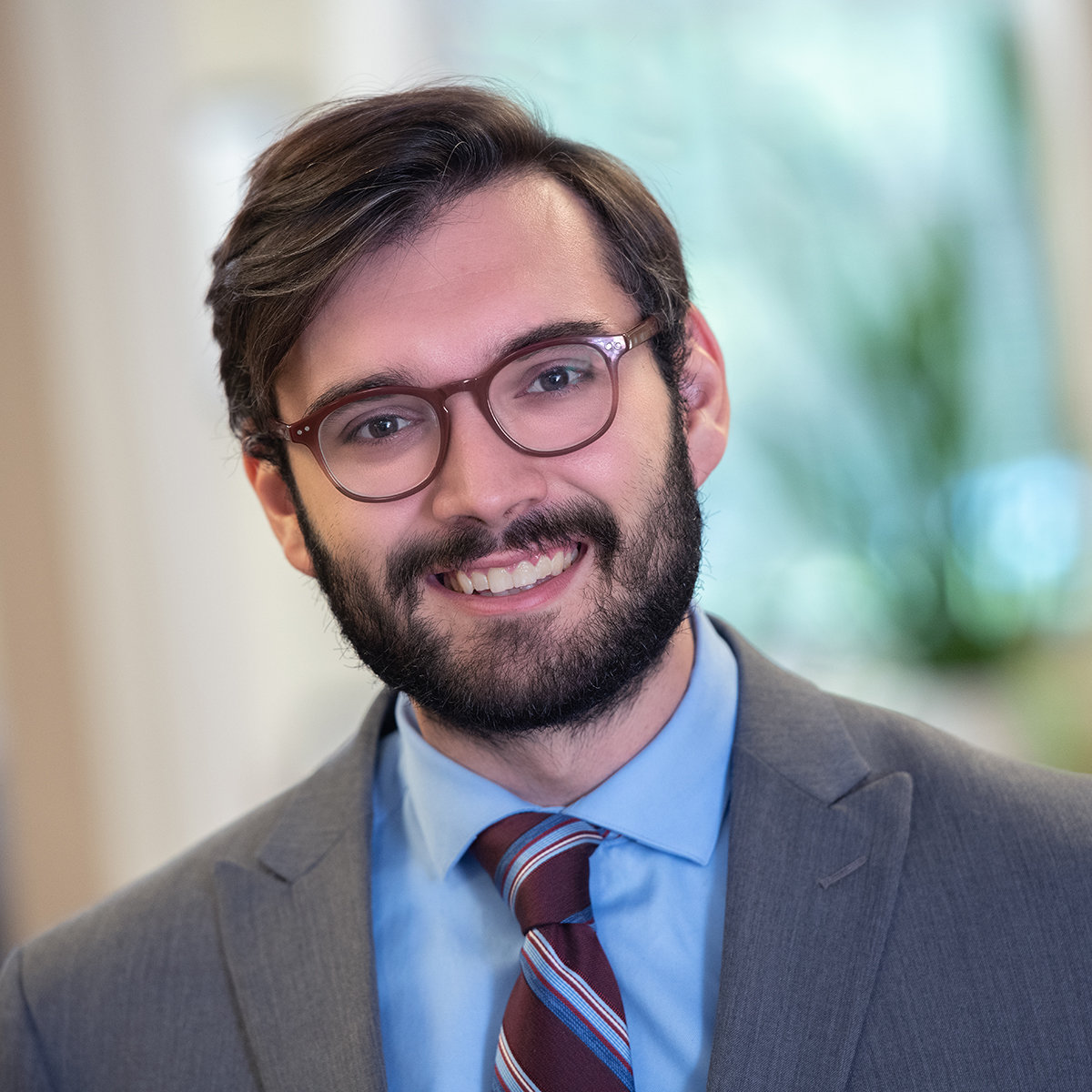 TUESDAY, Aug. 31 — After he was censured by the City Council, stripped of his committee assignments and fired from his job early this year for insulting a Black Lives Matter activist, Councilman Brandon Betz is back with a message for those who still want to defund the police:

“I am no longer tied to a particular movement or ideal,” Betz wrote on Facebook this week in his first public post since he disappeared from social media in February. “I will use my knowledge, skills and experience to focus on the issues of the day with rationality and keen economic precision. I will work to ensure that our city is better than when I came into this position.”

Betz faced a deluge of public criticism— including hundreds of calls for his resignation — after he sent a series of profane text messages in which he called Michael Lynn Jr., the coleader of the Lansing chapter of Black Lives Matter, a “dickbag troll who no one listens to” and a “weak ass bitch” who only wanted more political clout. Lynn repeatedly asked Betz to stop sending him messages. Betz kept going, later telling Lynn that he doesn’t “represent assholes.”

In the weeks that followed, Betz and his wife departed to Alaska to visit family and “take care of personal affairs,” he said. Meanwhile, he was formally censured by the Council, fired from his job at the Michigan League for Public Policy and widely criticized by political groups, including the Ingham County Democratic Party and the Lansing Democratic Socialists of America. Both of them — as well as Black Lives Matter — have echoed calls for Betz to resign from the Council.

After returning from Alaska in March, Betz appeared ready to get back to business as usual. He also got a new day job as a legislative consultant with Eversheds Sutherland law firm. But his enthusiasm for reducing police funding has vanished altogether, he told City Pulse this week.

“I came from the perspective that I’m a socialist and that I needed to do everything in my power to achieve that ideal of socialism, but that’s just not the right way to be doing things,” Betz said. “It’s not about idealism. It’s about making sure that my neighbors have their voices heard.”

Betz said he let that sense of socialist idealism — which included calls to defund the Lansing Police Department — cloud his judgment. This week, he said city governance is about more than kowtowing to groups like Black Lives Matter and the Democratic Socialists of America.

“I also naively believed that the people behind those voices were my allies and that we were working together to achieve the same goals,” Betz wrote. “I entrusted my time, energy and efforts to them, expecting them to respect my limits as your representative and as a person. I also wrongly trusted that those people and organizations would have my back because I risked my political career to achieve what I know now to be their own special interests.”

Betz went on to label Black Lives Matter, among other groups, as “niche” organizations run by a “small group of activists” that don’t necessarily represent the interests of the city or the safety of its residents. And those sentiments aren’t sitting too well with dozens of First Ward constituents, many of whom claimed that Betz is only backtracking on the political ideals that got him elected. The comment sections below Betz’ recent Facebook posts are filled with continued criticism.

“Your first foray into politics has revealed you as spineless,” one local resident commented. “You chose (for whatever reason) to become a member of the status quo. Apparently it’s more important to you to genuflect the leadership of Lansing than to represent the people.”

Added another First Warder: “No one needs or feels represented by you at this point. Time to resign and give the city you claim to care for representation willing to work with and for the people — many of whom built whatever political career you think or thought you had.”

Betz said he doesn’t plan to read those comments as he charts out calmer political waters.

“I’ll still fight for issues. I’m still a socialist. I’m still going to take a stand on certain things, but I’m not going to get wrapped up in this polarizing rhetoric,” Betz explained. “I represent 25,000 people who live in my ward, and this is about taking a step back to see the bigger perspective.”

He added: “Causing a ruckus on the City Council is not going to get anything done and it’s not going to be productive. I started out in the beginning with bombs of drama. Now I’m sitting in this place where there are things my constituents have asked me to achieve, and I can’t just make enemies to make those things happen. I needed a shift in perspective to get these things done.”

Betz told City Pulse in February that he would resign “if that’s what my constituents want.” He stood by those remarks this week, but said he doesn’t think the majority of the First Ward wants him to quit. He also said the last few months have been “full of reflection and reconciliation.”

“I had a vision that I would achieve by shaking up the status quo and by representing the people over the interests of the elite. I saw my job as a battle for the soul of the city. I was more than willing to make enemies to affect change,” he wrote on Facebook. “The system had to be disrupted drastically and with considerable risk to achieve a world where we all feel safe.”

That “vision” led Betz to become a leading advocate for police divestment in the wake of George Floyd’s death alongside Black Lives Matter. He and Councilwoman Kathie Dunbar spearheaded a Council resolution that called for a 50% police budget cut over the next five years. With most of the Council against that concept, however, that resolution never made it to an actual vote.

And Betz isn’t ready to pick back up where he left off — especially after his feud with Lynn.

“From roads and development to public safety, my decisions should be based on the wellbeing of every person in the city. It is my fiduciary responsibility as your representative to ensure that our tax dollars are protected and spent for the betterment of our community, not for private financial interests,” Betz wrote. “I will admit that at times I can be irritable and impulsive.”

Lynn filed a complaint with the city’s Board of Ethics over the profane text messages. That body ruled in June that Betz’ remarks were discourteous but ultimately didn’t violate city charter or warrant additional consequences beyond being censured and stripped of his committee roles.

In his recent remarks, Betz apologized and said those messages were “at most unprofessional.”

Betz said he’s still interested in public safety reforms, but he now knows that reducing funding to the Police Department without further research “would put our city in danger of spiraling out of control.” As a result, he didn’t take any action or cast any votes that would’ve actually reduced the size of the police budget. In fact, he voted for a $3.4 million increase in the latest budget — largely out of a desire to hire another police social worker and upgrade police radio systems.

“I stand by my vote because it would be extremely irresponsible to put my neighbors at risk of increased crime without having a clear way to mitigate the effects of reducing the police budget,” Betz wrote. “The official actions I took were meant to stimulate a public discussion on public safety in Lansing and also to solicit positions from my colleagues on Council to see what work was politically feasible. In that effort, I feel that I accomplished my goals.”

Betz labeled his calls to defund the police as “rhetoric” designed to “create a sense of urgency” and garner flashy headlines from the press — not necessarily a literal interpretation of his goals to actually reform police practices. That would instead require more police investment, he said.

“Not only would a reduction require changes to our charter through ballot initiative, state law stymies transformation. State law would need to be changed significantly for us to be successful,” he wrote. “Though I subscribed to efforts to reimagine the functions of police and to seek alternatives to an armed response, I would never and have never put the citizens of this city at risk of increased violence or property crime. I support efforts to transform our systems with proven methods that protect all of our residents and I also support efforts and will continue to hold our police department accountable for the specific incidents of violence.”

Black Lives Matter posted a Facebook post of its own in response to Betz, labeling him a liar that refuses to take accountability, in turn only causing further harm to the Black community.

“What do Andy Schor and Brandon Betz have in common? They both use Black people to further their political ambitions,” BLM posted to Facebook last week. “It’s not about doing what’s right for either of them. It’s about winning. It’s about holding onto power they believe they are entitled to while never acknowledging how violent they are in their abuse of that power.”

Lynn declined to comment about Betz remarks: “I have no thoughts on Brandon’s word vomit.”

Betz added: “I’m really sorry that BLM seems more interested in attacking people than trying to get the work done. I’m here to represent my constituency and I’m here to work with my constituency. I’m not a fan of these ad hominem attacks. I had no intention of minimizing them at all. They can continue to do what they’re going to do and if they get the support, that’s great.”