Breaking the bounds of the Milky Way: ‘Silent Sky’ 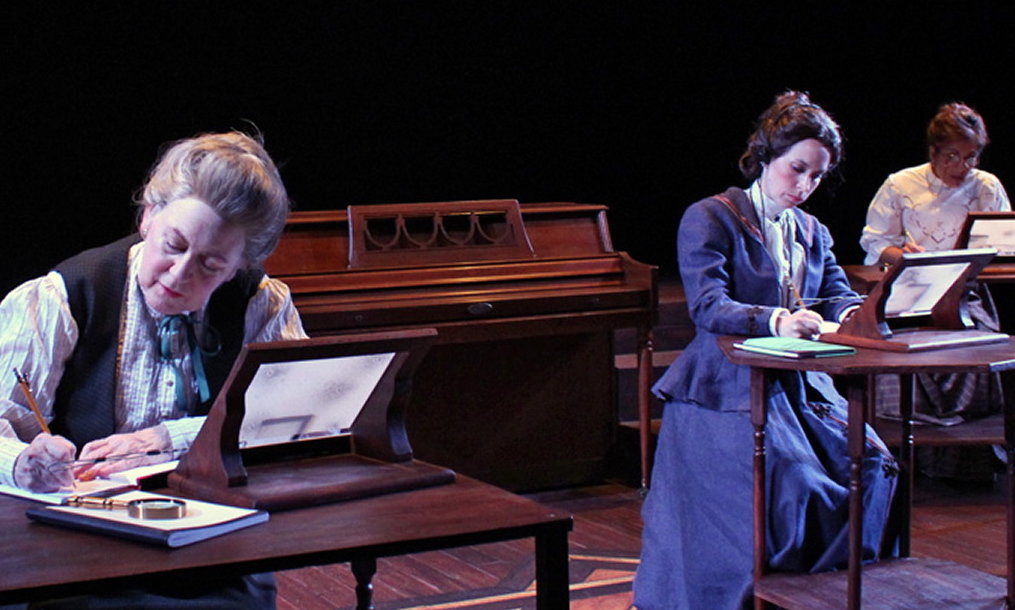 Posted Thursday, October 4, 2018 10:43 am
Tom Helma
There was a time, not very long ago, when we thought the Milky Way Galaxy was as far as we could see, the furthest bounds of the universe.

Lauren Gunderson’s stage play, “Silent Sky,” tells the story of one woman who changed all of that. Katherine Banks portrays Henrietta Leavitt, an early 1900s-era woman schooled in mathematics, and inhabits the character.

Banks leaves no doubt that Leavitt was a spirited, strong-minded person with both imagination and data to support her assumptions.

Hired at Harvard to do nothing more than be a “computer,” mapping the stars to create an inventory of all there is in the night sky, Leavitt develops a series of hypotheses relating to the intensity, the brilliance of the stars, then sets out to prove that one can measure distances accordingly.

What makes a play rise to the top of the charts? A powerful story? A constellation of star actors? How about a sequence of vivid projections against a theater wall?

No question,” Silent Sky” has all these elements.

Bradley Branham’s night sky background explodes into the vastness of a blue-black universe. Kirk Domer’s six-pointed geometric pattern imbedded in the stage floor adds a sense of the grounded reality.

Gunderson’s storyline is well-constructed, reducing complex abstract science down to something everyone can understand.

Director Tony Caselli’s actors are stars in the firmament of this production. The four of them support Banks handily, whose portrayal of Leavitt is at the core.

Leavitt isolates herself, devotes herself night and day to her work, rejects a compelling invitation to marriage and eventually dies, before being fully acknowledged for her breakthrough calculations.

Edwin Hubble used Leavitt’s ideas to calculate the distance between the Milky Way and the Andromeda Galaxy.

Annie Dilworth portrays Margaret Leavitt, Henrietta’s sister, and represents the back story of Henrietta leaving her family to pursue her academic career. Dilworth takes on an incidental role and imbues it with rich substance and authenticity.

Michael Lopetrone plays Peter Shaw, the assistant to the professor who runs the department of Astronomy. Shaw falls in love with Henrietta but quickly comes to realize that he cannot compete with her primary passion. He learns to embrace and love her utter devotion to her work.

In equally strong supporting roles, Karen Sheridan, as Williamina Fleming and Sarab Kamoo, as Annie Cannon, are Leavitt’s astronomy lab partners. They both give powerful performances, and introduce a context of feminist suffragette backstory to the times in which these astronomical events were unfolding.