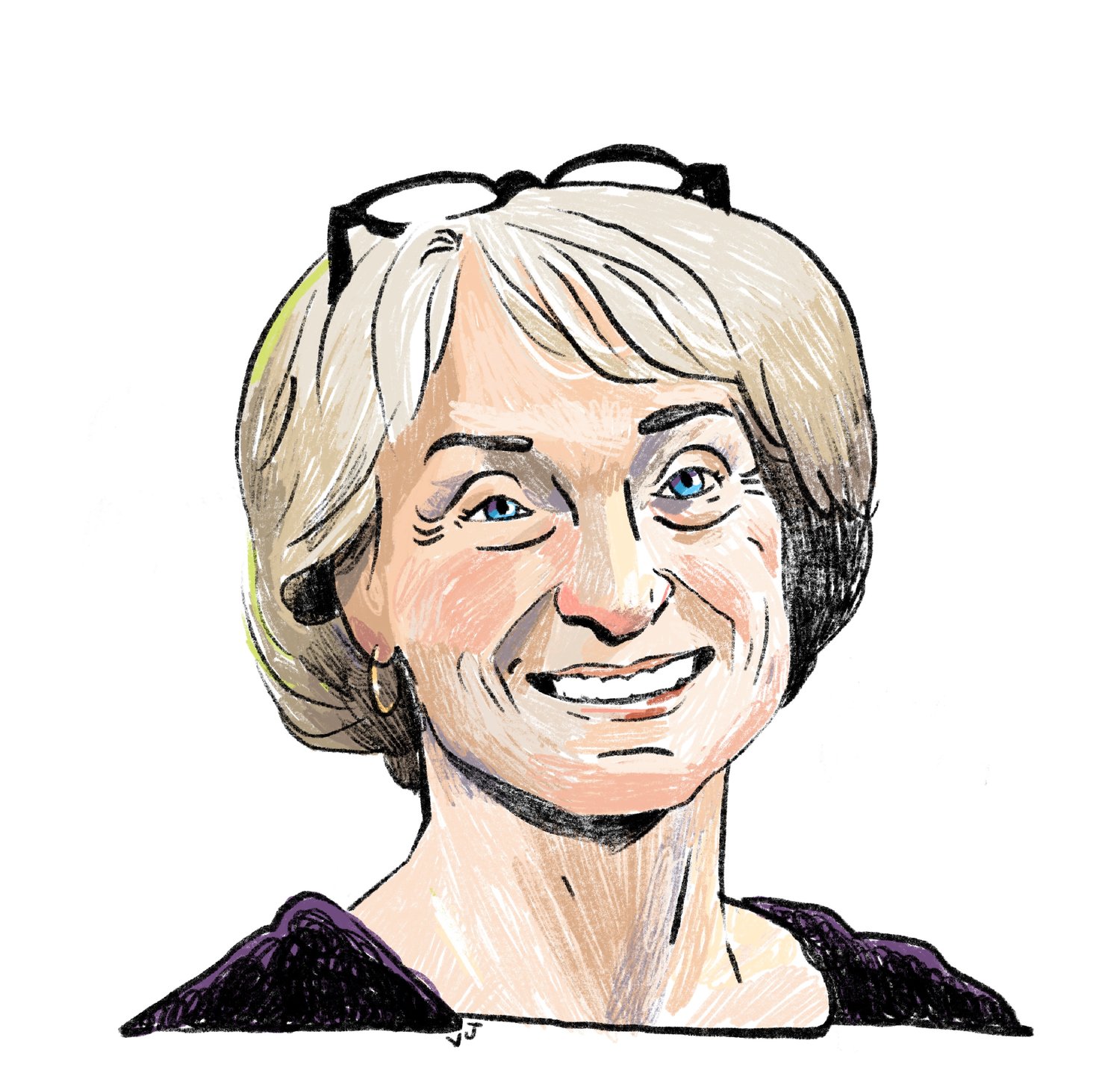 Joan Nelson
Illustration by Vince Joy
Posted Thursday, June 2, 2022 12:00 am
Have something to say about a local issue or an item that appeared in our pages?

It’s not often a community leader comes along who combines extraordinary vision with relentless action, who persists in her chosen endeavor for decades and who, in the end, transforms the very fabric of the place that was the focus of her attention. We’re talking, of course, about Joan Nelson, the subject of our cover story today. Nelson is the pioneering powerhouse of community engagement and neighborhood development who has led the Allen Neighborhood Center as its executive director for the past 23 years.

A trailblazer whose diligent work improved the lives of generations of eastsiders, Nelson is ending her longstanding stewardship of the ANC. It’s been an amazing ride. Her achievements speak for themselves: A community transformed and connected, the lives of myriad families lifted up in countless ways.

Deeply grounded in community, connectivity and social justice, Nelson was the conductor of an orchestra of programs and services that aimed to build a healthier, more resilient and more sustainable community. An innovator and a doer with a knack for translating vision into actionable, impactful work, Nelson has been, among many other endeavors, the driving force behind a wildly successful, systematic campaign to create a healthy, local food ecosystem on the east side.

She built the Hunter Park GardenHouse to provide a focal point for community-based agriculture with year-round growing capabilities. From its humble beginnings in 2004, the award-winning Allen Farmers Market hums with life every Wednesday of the season, offering an astonishing cornucopia of local produce, farm fresh eggs, prepared ethnic delights, and vastly more. Naturally, it was the first farmers market in Michigan to accept EBT/SNAP because, well, that’s how Joan Nelson rolls. The market also plays a key role in the community’s connectivity, bringing neighbors together to interact and build relationships that strengthen the social fabric that ties it all together.

Nelson envisioned and then built a full-blown entrepreneurial incubator for food product startups, now called the Allen Marketplace, with its Maker Kitchen and Prep and Pack Kitchen providing the tools for food entrepreneurs to launch and grow their enterprises — and to succeed with the help of wraparound training in financial management, business development and food safety. The ANC’s Veggie Box, a multi-farm, community supported agriculture (CSA) program, connects eastsiders with local, healthy, sustainably-raised produce, 14 weeks a year from June to September.

These are just the headliners. Dig deeper into the vast array of programs and services offered by ANC and you begin to understand the completeness of Nelson’s vision and her relentless devotion to pulling every possible lever to overcome barriers in food security, access to quality affordable housing, public health, community safety and the special concerns of senior citizens. Amid oceans of well-deserved accolades, Nelson’s genuine humility prompts her to remind us she didn’t do it alone. Of course that’s true, but every successful team effort has a leader who holds the vision, sets the agenda and guides the execution. Nelson was all of that and more — and we all noticed.

Her capstone achievement, her parting gift to the east side as it were, is the remarkable transformation of the ANC headquarters itself. The organization’s formerly ramshackle facility on East Kalamazoo Street is now a shining model of smart urban redevelopment that will serve surrounding neighborhoods for generations to come. The new development integrates Allen Place Apartments, the Allen Community Health Clinic, Rathbun Accelerator Kitchen and the new home of the East Lansing Food Co-op.

Along the way, Nelson mentored and inspired generations of young people, from Americorps Vista staffers to legions of community volunteers, encouraging them all to change the world one doable thing at a time.

We would be remiss not to mention her encouragement over the years to this publication, which she warmly welcomed when it moved onto Michigan Avenue in 2004 and for which she always managed to find time when her advice was sought. We doubt it was special treatment, for one of Nelson’s leadership gifts is she makes you feel special.

Her influence has resonated far beyond the east side. Nelson has been a role model and mentor to neighborhood leaders across the city, both by her example of decency and her habit of generously sharing her knowledge with anyone who asked for it. She’s been a key adviser to mayors, City Council members and state lawmakers who sought her keen insights into the challenges of community development and the opportunities to make strategic decisions that improve the quality of life in neighborhoods across the city.

Nelson recently noted on Facebook that she’s not, in fact, riding off into the sunset. Her retirement from ANC merely closes one chapter and begins another, marking a transition to whatever she chooses to do next. We have at least one idea. The city surely could use someone of her caliber, character and commitment on the City Council. She’s been asked before and declined. She is a resident of the east side, which is particularly in need of strong representation reflective of its progressive views. We enciurage her to reconsider.

Her transcendent work also makes us think that a permanent reminder of her legacy should be established for future generations. Toward that end, we ask city leaders to consider renaming Hunter Park in Nelson’s honor. We can’t confirm how the property came to be named Hunter Park all those years ago, but we’re pretty sure it’s not the surname of the family that donated the land to the city. If the origins of the naming are as obscure as we think, then rededicating the park to honor Nelson likely won’t offend anyone.

Whatever path she follows from here, we know Joan Nelson will continue to make the world a better place. It’s an inescapable part of her DNA. We’re thankful that she chose to make Lansing the focus of a lifetime of service and deeply grateful for her faithful commitment to the city and especially to the people of the east side.