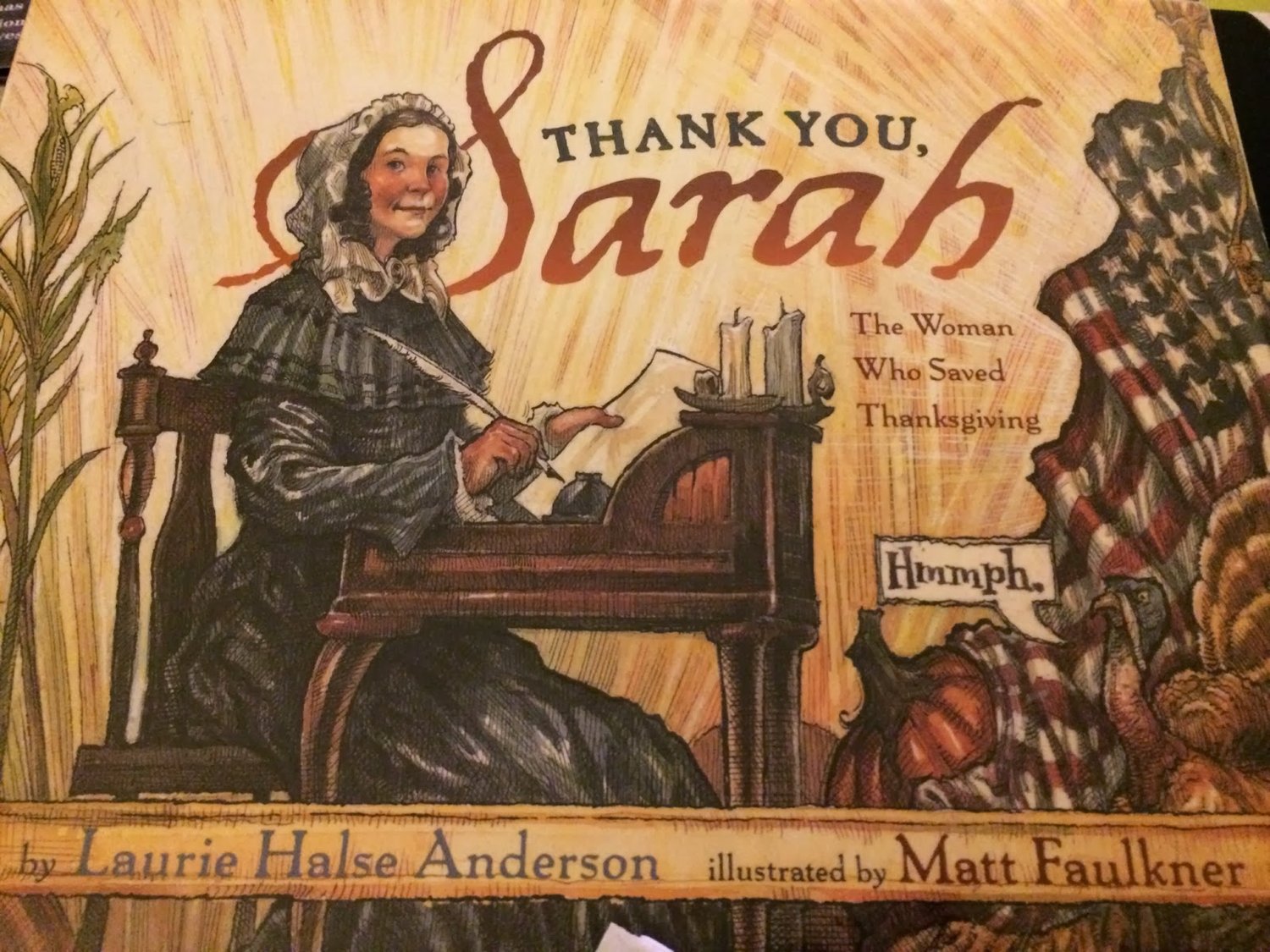 Give thanks to Sarah Josepha Hale and Abraham Lincoln for creating Thanksgiving Day. 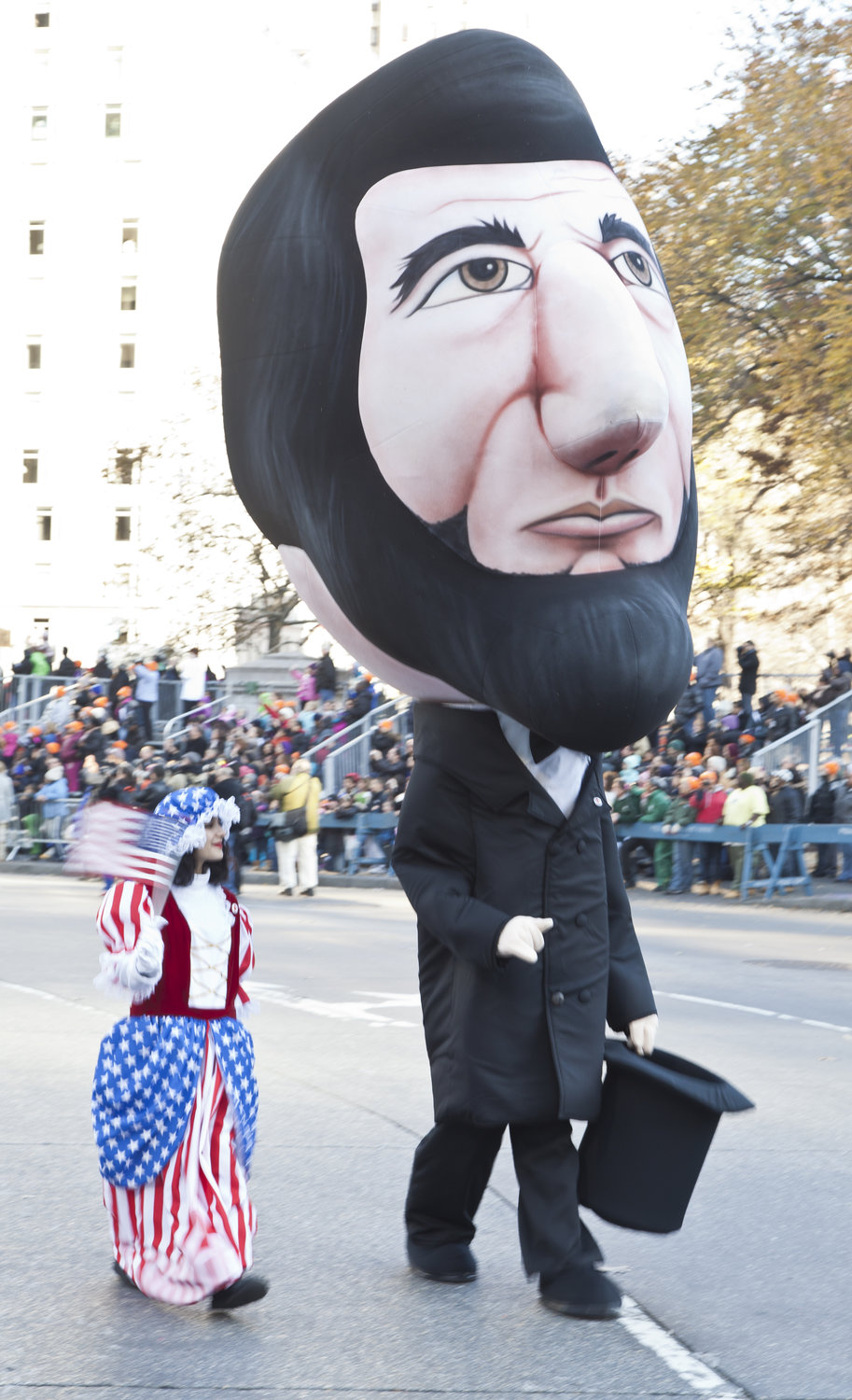 A balloon of Abraham Lincoln, who created the Thanksgiving Day holiday in 1863, was flown at the 86th Annual Macy’s Thanksgiving Day Parade on Nov. 22, 2012, in New York City.
Shutterstock
Posted Thursday, November 24, 2022 12:01 am
Bill Castanier

This year, when you sit down for Thanksgiving dinner with all the fixings, give thanks to Sarah Josepha Hale for creating Thanksgiving Day and its celebration on the fourth Thursday of November. How Thanksgiving, President Abraham Lincoln and Sarah Hale are intertwined makes for an interesting story.

New Yorker Laurie Halse Anderson thought the same thing when she decided to write “Thank You, Sarah,” a delightful children’s book illustrated by Ann Arbor artist Matt Faulkner. The book, which tells the story of Hale’s effort to establish Thanksgiving as a national holiday, makes for a perfect read-a-long for youngsters.

The roots of Thanksgiving can be traced to Native American harvest festivals and later to Pilgrim celebrations, which incorporated many late fall rituals alongside the Pilgrims’ own festivities.

As early as 1824, Michigan, then a territory, began celebrating Thanksgiving thanks to the efforts of Lewis Cass, Michigan’s territorial governor from 1813 to 1831.

Hale may be best known for penning the children’s poem “Mary Had a Little Lamb.” However, she also had an exemplary career as a writer and editor for a series of ladies’ magazines, culminating as editor of Godey’s Lady’s Book, which became one of the most influential magazines in 19th-century America. Hale used her post to promote historic preservation, the education of women and the abolition of slavery, among other causes.

As early as 1846, she began using her post as editor to call for the establishment of a national day of thanks on the fourth Thursday of November. She tirelessly wrote letters to politicians, and in 1863 she wrote a letter to President Abraham Lincoln asking him to establish a national festival of thanksgiving. A replica of her letter ran as an editorial in Godey’s, which had a circulation of more than 150,000 at the time.

Lincoln listened, and in the depths of the darkness of the Civil War, he issued a proclamation establishing Thanksgiving on the fourth Thursday of November. In recognition, all federal offices were closed on that day.

Except for one minor (well, major) exception, Thanksgiving has remained one of the most important national holidays and has been celebrated on that fourth Thursday. In 1939, President Franklin Delano Roosevelt, under pressure from retailers who wanted an extra week of shopping, changed the celebration to the third Thursday of November.

Most Americans ignored Roosevelt’s call to celebrate early, and in 1941 he reversed his decision, switching the celebration back to the fourth Thursday.

As long as you are contemplating Sarah Hale and Abraham Lincoln, you may want to take a road trip to visit one of the 38 sites across the state that commemorate our 16th president. A new book, “Seeking Lincoln in Michigan: A Remembrance Trail,” by Weldon E. Petz and Roger L. Rosentreter, the former editor of Michigan History Magazine, provides an interesting tour guide.

“The sites range from the park where Abraham Lincoln once campaigned to some of the best statuary in the nation,” they write. “In these pages, you will learn that the man who served as the executioner of the Lincoln co-conspirators was a Michiganian, that the letter that encouraged the president-elect to grow a beard is in Detroit and a flagpole erected for Lincoln’s 1864 reelection still stands in a rural town in the Thumb.”

Two sites in the book are nearby. There’s the small stained-glass window at MSU’s Red Cedar Chapel that depicts President Lincoln signing the Morrill Act. This act created 105 land grant colleges in the United States, including Michigan State University. Another nearby site is Austin Blair’s statue on the Capitol grounds. The 9-foot-high bronze statue recognizes “Michigan’s War Governor” for running the state during the Civil War. The statue celebrates its 150th anniversary next year.

There are also several public sculptures and busts of Lincoln that are worth a visit. Samuel Cashwan’s “Lincoln,” for instance, is installed at Brick Elementary School, five miles off of exit 183 on Interstate 94.

The most sobering site is the Ford’s Theatre rocker at the Henry Ford Museum in Dearborn. Lincoln was sitting in the rocking chair when he was shot on April 14, 1865. During visits to the museum, the area around the chair seems to be the quietest place in the world.