An ode to a broth

This ‘to-go’ soup is precious cargo 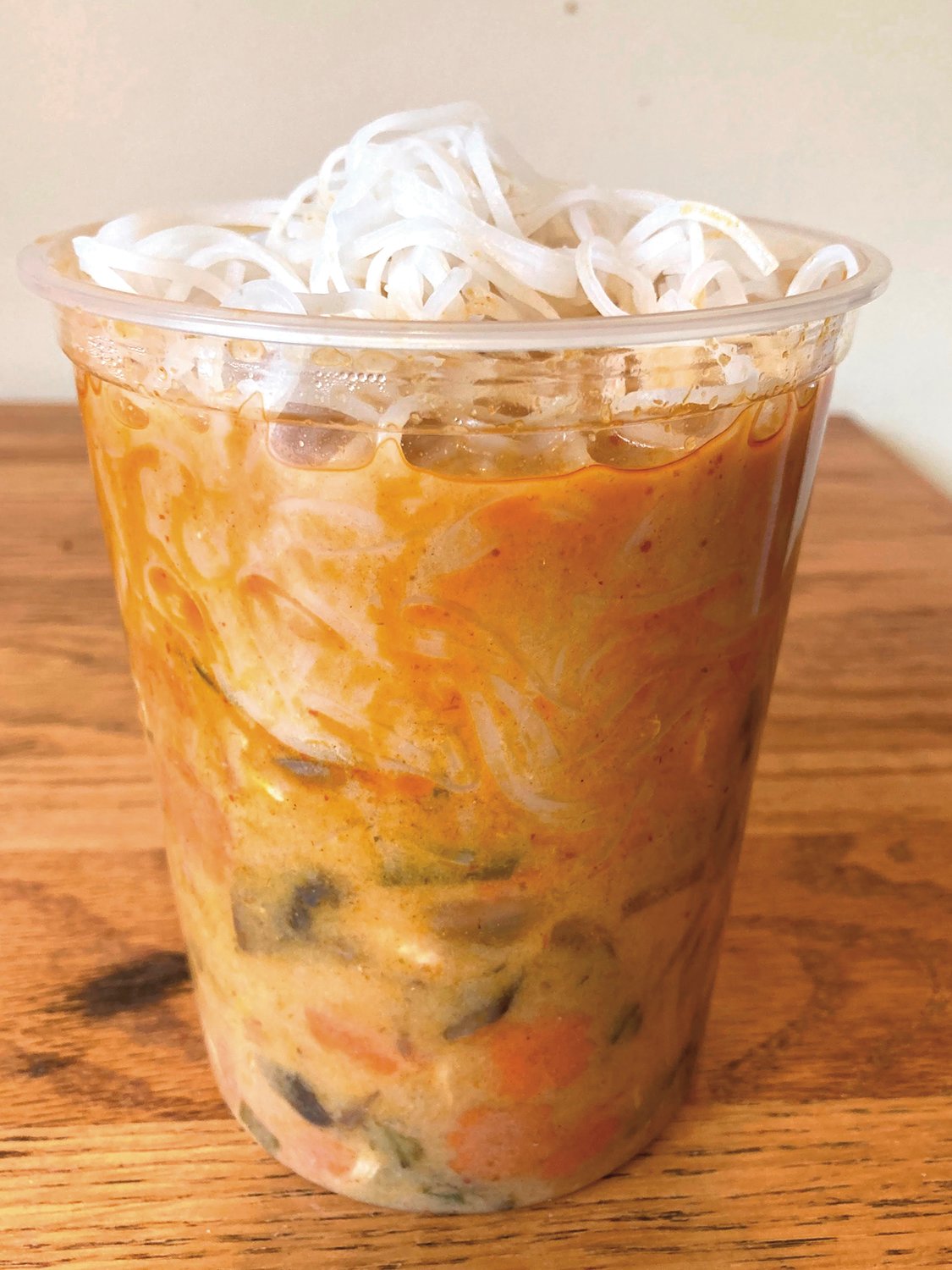 Naing Myanmar has been on the scene, winning the hearts and minds of the Capital City, since 2014 with its authentic Burmese and Thai selections.

It is the definition of a hole-in-the-wall, family-owned gem, and while it has gone through many trials and travails over the years, the quality of the food has never wavered — nor has the adoration of its loyal customers.

They are take-out only, so I called ahead to place my order for Tom Yum Soup with chicken and noodles, medium spice. Other protein options are pork, or (for an additional charge) beef or seafood (squid and shrimp). You can also get rice instead of noodles. It was promptly ready for me when I arrived. I spirited it back to my car, nestling it gently on the passenger seat andwishing I had a tiny safety belt to clasp around the precious cargo.

There are generally two variations of Tom Yum soup: clear and creamy. Naing Myanmar’s is very decidedly the creamy sort. The word creamy does not do the broth’s texture justice, though. It is lush, mouthwatering, an ambrosia, an elixir, and probably the best thing to eat in Lansing.

It is a muted, pastel orange in color, flecked with bright red chili oil, and tastes as though it has been simmering, gaining in strength and nuance, for days. Fresh, green coriander (cilantro), rich coconut milk, sour and tangy lime, spicy chili and the hard-to-articulate earthy umami of fish sauce balance perfectly in a way that reminds me why I don’t even attempt to make Southeast Asian food at home.

Making this soup a meal is slightly chewy, slurp-able rice noodles, along with a satisfying cast of chicken breast slices, mushrooms, tomatoes and carrots. Integral to the tableau of flavor, you will also find fresh pieces of lemongrass, ginger and lime leaf. Not edible, but don’t be put off. They are evidence of the care put in and the reason this soup tastes even better a day later.

It is said that not much can be relied upon in this world, so as soup season begins, it is endlessly reassuring to know that, inside what at first looks like an abandoned strip mall on South Cedar, there is a pot full of Tom Yum broth quietly bubbling away, waiting to be poured into a to-go container and blissfully claimed.