At least 70 businesses gone or paused 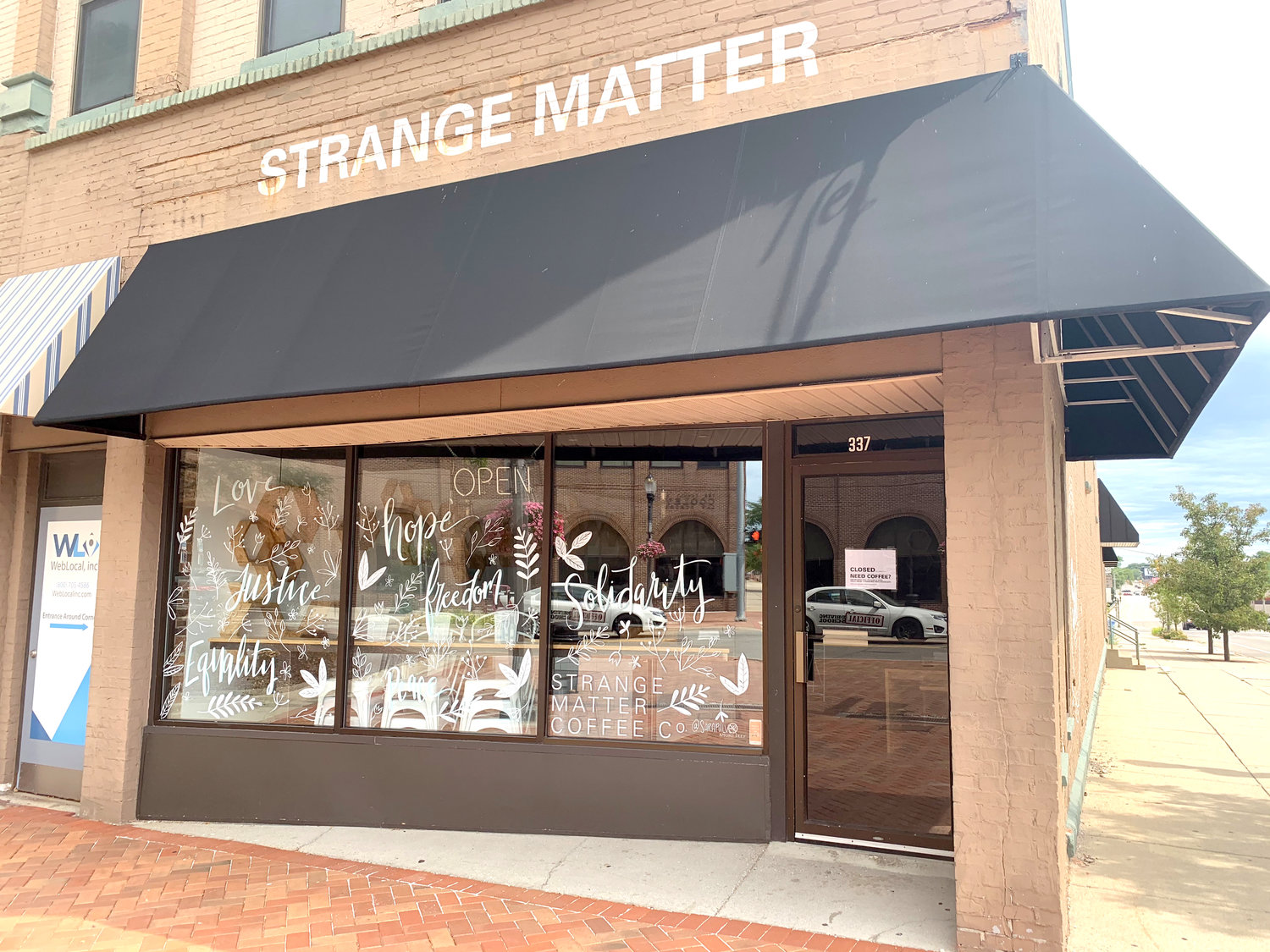 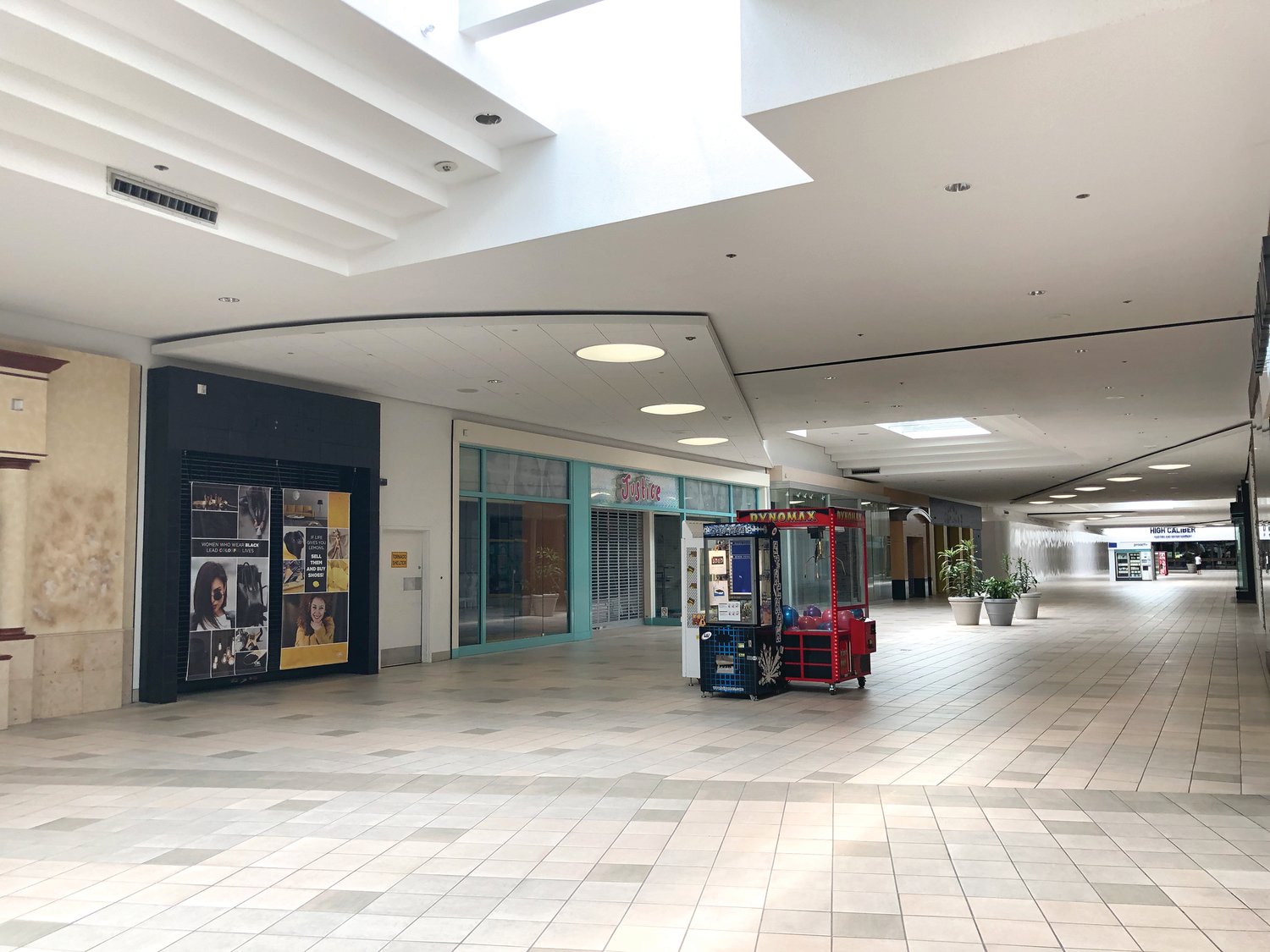 Not all businesses have managed to keep their doors open as the coronavirus continues its spread across Greater Lansing. Decreased foot traffic at many downtown Lansing and East Lansing businesses — and the sales volumes to go with it — have plummeted in recent months.

Empty shopping malls already struggling to retain customers in the Amazon age have piled on to an ever-growing list of at least 70 local businesses that have either permanently or temporarily closed since March in Lansing, East Lansing, Okemos and other places in Ingham and Eaton counties. (For a complete list of closed businesses, see P. 20.)

And those are just the ones we could find. It doesn’t appear anyone keeps comprehensive tabs.

“Downtown Lansing is a great place for a business, just not so much during the pandemic. It’s the reason a lot of places still haven’t reopened yet downtown,” said Cara Nader, owner of Strange Matter Coffee.

Strange Matter Coffee straddles the line between open and closed after it switched to curbside sales and delivery at its Michigan Avenue location and closed its downtown location on Washington Square, altogether.

With many usual downtown employees still working from home and no clear return-to-work date in site, Nader said closing one location helped cut necessary costs after a 68% decrease in downtown foot traffic compared to this time last year. The East Michigan Avenue location is still tracking a 35% decrease over that same timeframe, but it’s enough to keep the doors open.

“I’ve had to rethink my entire business plan constantly since mid-March,” Nader explained. “It’s constant re-evaluation and throwing things at a wall to see what sticks. In a way, it was like we were back to starting a new business every day. Except if it didn’t work, we weren’t paying rent.”

The Eastside coffee shop hasn’t been open as normal since March. Instead, Nader launched curbside orders and a pick-up and delivery system for bottled beverages. Online and inperson orders are accepted on Sundays, Mondays and Tuesdays and head out on Thursdays and Fridays.

“This gave us a way to allow people to stay home,” Nader said. “I think we’ll keep it around forever. I had wanted to get this going, but the pandemic just pushed me to get the paperwork together and get it done. The inside of the store looks more like a bottling facility nowadays.”

Meanwhile, the downtown location will stay closed until either a COVID-19 vaccine is discovered or until a more profitable use can be found for the space. Michigan recently tracked its 100,000th COVID-19 case. Times are tough, but Nader is always coming up with new ideas.

“At the end of the day, it’s just not sustainable in Downtown Lansing for us at the moment,” Nader said in a press release sent out last week. “This isn’t the fault of anyone other than a virus, but a sensical national mask policy and testing strategy would have gone a long way.”

Other businesses threw in the towel long before Strange Matter’s downtown location. Many have either closed permanently or still haven’t reopened as the pandemic continues. Only time will tell how the economic landscape will be changed as a fear of the coronavirus remains.

Some — like the Center for Social Dance in Okemos — couldn’t wait out months of state-mandated closures that prevented their business from opening as usual. Others just couldn’t stay in the black with stable overhead costs and decreased customer demand.

Officials at the Meridian Mall also cited decreased foot traffic in recent months. Its hallways are eerily empty. And it was enough to push Melinde Beaubien, owner of Sera Bella Salon, to join forces with Urban Roots Salon, an already established brick-and-mortar shop in East Lansing.

Anna Chang, owner of Urban Roots Salon in East Lansing, used half her federal relief to cover outstanding rent and utility bills from when her business was forced closed and has managed to stay open with relatively light overhead costs in a small shopping plaza on Grand River Avenue.

Meanwhile, the Meridian Mall is providing flexibility with lease terms and offering rent deferrals as struggling businesses continue to vacate the antiquated space and (perhaps overly optimistic) plans are still continuing for the holiday season, including photos with Santa Claus.

Many others are temporarily closed and haven’t set a date to reopen. It’s unclear if some will.

“With the vast majority of entertainment remaining open in the state still, consumers are traveling for their shopping needs outside the area,” added Jordan Munsters, president of High Caliber Karting & Entertainment, which was forced under state order to stay closed this week. “This will have long-term implications to the entire mall and its tenants, unfortunately.”

The federal Paycheck Protection Program kept thousands of businesses afloat with hundreds of billions of dollars in loans and grants. It’s what kept half of Beaubien’s former employees at the mall in a job, she explained.

But most of that assistance has ended and hinges on more support from federal lawmakers, who continue to be stalemated over an extension.

According to reports in The New York Times, consumer spending rose only modestly in July after two months of resurgence and remained below pre-pandemic levels. Economists also warn that without the $600 a week in extra unemployment benefits that ran out July 25, spending is reportedly likely to slow further this fall.

The New York Times also reported that roughly 20% of businesses that were open in January are still at least temporarily closed and that 21% of remaining small businesses surveyed nationally would close sometime over the next six months if economic conditions don’t improve.

Michelle Rahl, vice president at the Lansing Regional Chamber of Commerce, said that every business will continue to make “tough decisions” and weigh the viability of staying open versus shutting down as the colder weather leads to its usual, natural sort of economic stagnation.

“Every business that shuts its doors throughout our community is a tremendous loss and damages our regional fabric and economic base,” Rahl told City Pulse. “We will continue to provide as much support as we can while also advocating for the region’s businesses.”

Cathleen Edgerly, executive director of Downtown Lansing Inc. said her organization — and the “Lift Up Local” campaign — will continue to show support for local businesses and raise awareness for how residents can still safely and comfortably continue to spend money locally.

“These times are incredibly challenging, and the small businesses downtown continue to face the challenges with courage and heart, working to be creative while safely serving their customers,” Edgerly said. “Our businesses can’t do it alone. We all need to lift each other up and show support for the businesses who make our city a special place for us to call home.”

As of Tuesday, bars and restaurants that generate more than 70% of their annual revenue from alcohol must keep their dining rooms closed across most of Michigan. Movie theaters, fitness centers, ice rinks, bowling alleys and other entertainment-related facilities are still closed, though Gov. Gretchen Whitmer is expected to announce their reopening after Labor Day.

Here’s an incomplete listing of other businesses in Greater Lansing that have either closed permanently or temporarily as a result of or during the coronavirus pandemic since mid-March. City Pulse worked to make this list comprehensive, but some businesses may not be listed.

Those listed as “at least temporarily closed” were not physically open for business this week. The rest have permanently closed up operations after COVID-19 was detected in Michigan.