Birria tacos are everywhere in Lansing. These are some of the best 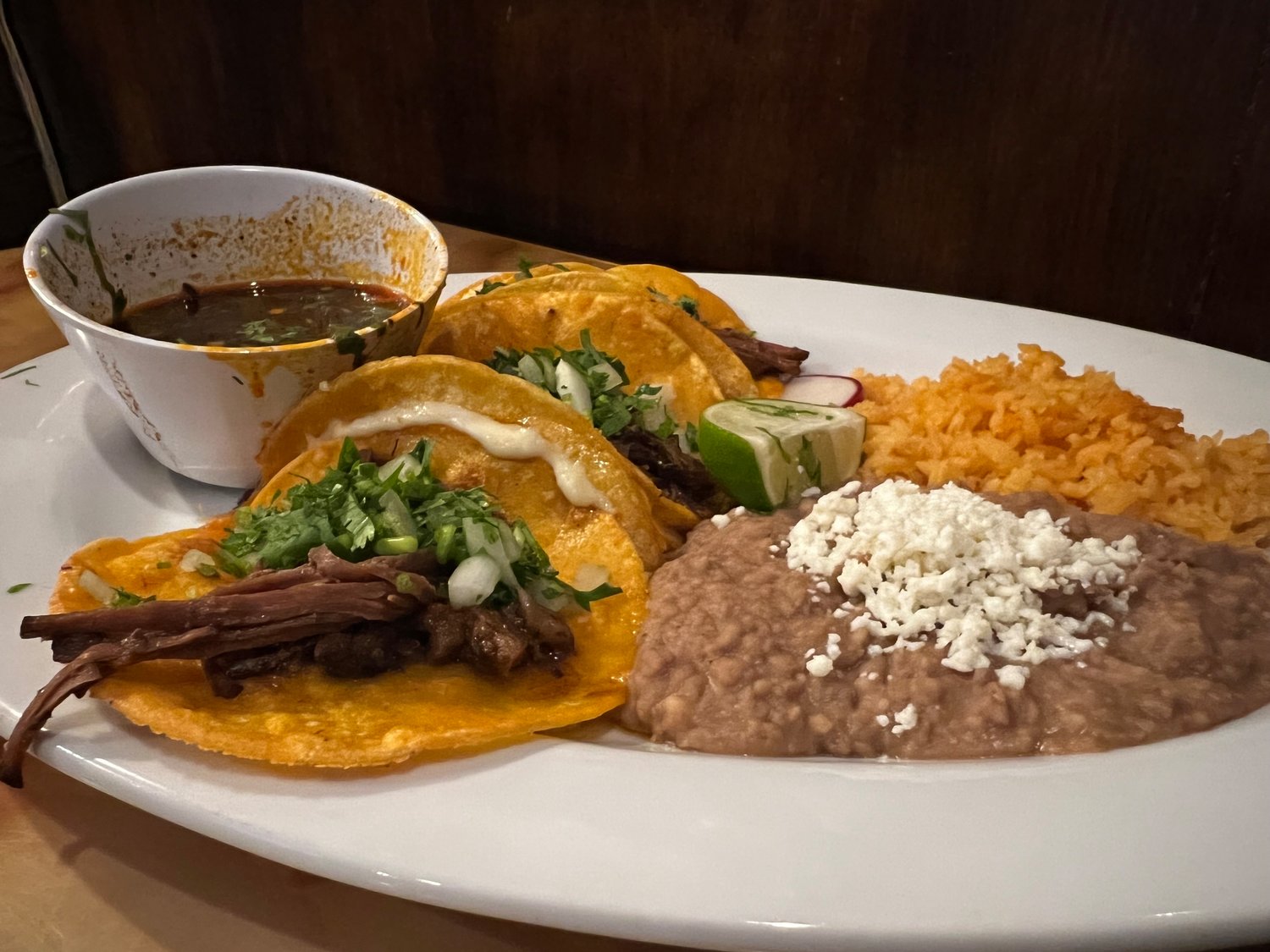 Can’t seem to get enough birria tacos. Last week, I counted at least a dozen local restaurants and food trucks that served some variation of the traditional Mexican dish — which is essentially a taco-quesadilla crossbreed that you dunk into a rich beef consommé.

Seriously: Almost every Mexican restaurant in the Capital City now has them on their menus, including: Los Tres Amigos; Pancho’s Taqueria; Maria’s Cuisine; Acapulco Mexican Grill; Fiesta Charra and the Atomic Taco truck at Horrocks. Slice by Saddleback even cooked up some special, new wood-fired Birria pizza last month.

The recipe reportedly originated in Tijuana and began its spread across the North American culinary scene in the late 2000s. Tantalizing images of corn tortillas piled with shredded beef blew up across social media, so now just about every restaurant everywhere serves them.

To check out the dish, I wanted to keep things as authentic as possible with a trip to Taqueria El Chaparrito, one of the first restaurants to hop aboard the birria taco train in Lansing. Nowadays, the well-seasoned beef tacos layered with gooey cheese, cilantro and onion are its top seller.

And I can plainly see why. This is real food. Fresh meats are cooked daily. Tortillas are pressed in-house, along with a bevy of homemade Mexican drinks like horchata and Tamarindo. It’s clear that the husband-and-wife duo of Saul Martinez and Lourdes Casillas learned a thing or two (or three) about authentic food before they moved from Mexico in 2001 to set up shop in Lansing.

Two layers of fresh corn tortillas — with just the right amount of grilled crispness — were glued around each taco with melted Oaxaca cheese, served with light, fluffy refried beans and rice. The centerpiece of the dish was the tender shredded beef, which literally melted in my mouth. And I could probably drink a whole cup of that rich, spicy and tangy dipping broth all on its own.

The restaurant, with a name that roughly translates to “shorty taco restaurant,” has humble beginnings as a simple food cart. The restaurant first opened in Old Town in 2018, but outgrew the space and relocated in 2020 to its current location on Saginaw Highway.

What sets it apart? Casillas proudly told City Pulse two years ago: “We don’t Americanize it.”