Bullfrogs are my favorite band 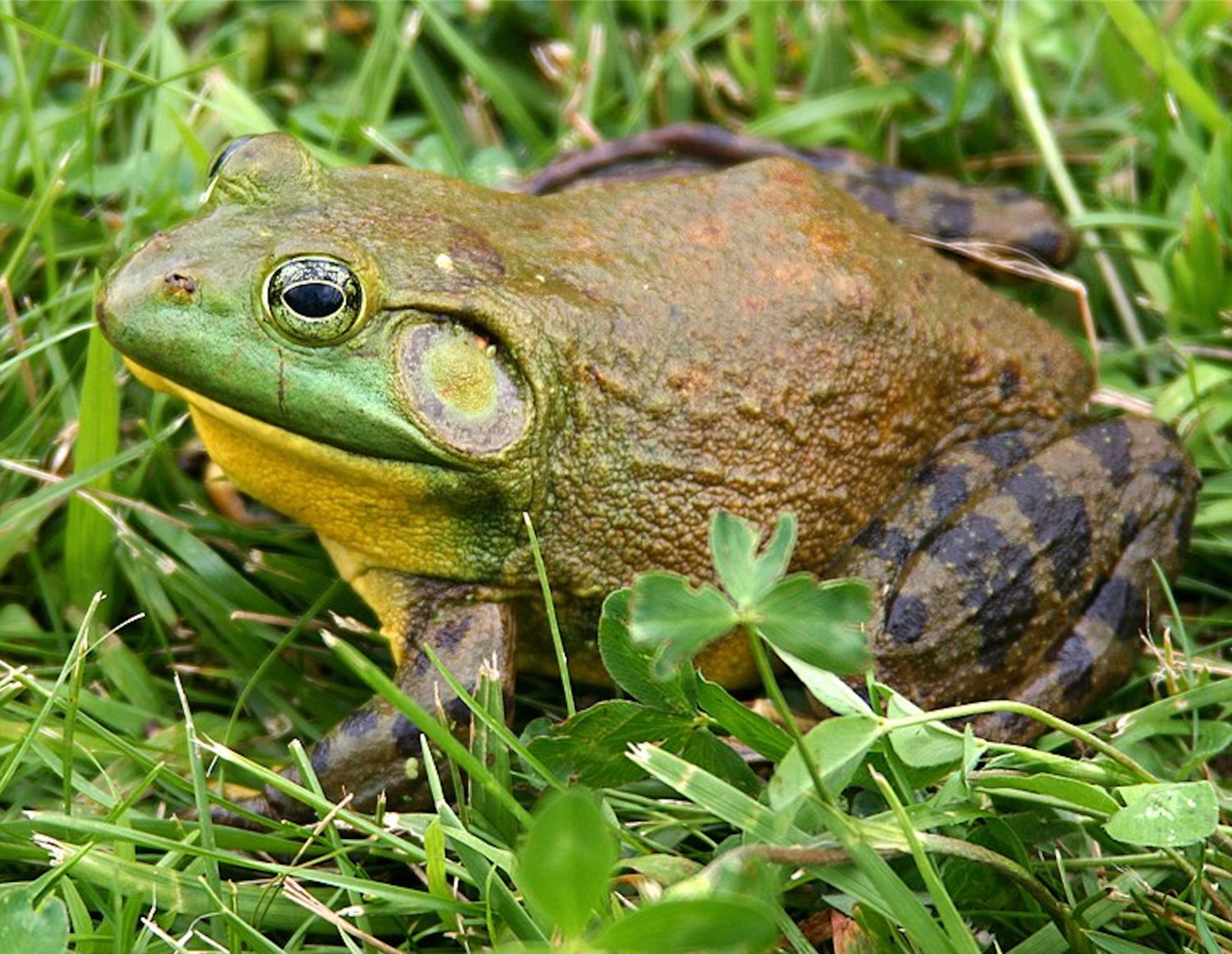 Listening to bullfrogs in the summertime is like listening to a chorus of guitars being plucked.

There’s nothing better than sitting on my parents’ deck in the summer, overlooking our pond and listening to the ensemble of amphibian voices while fireflies dance around my head.

I peer into the darkness and admire the silhouettes of the rows of pines on my parents’ 10-acre lot in the middle of Mason.

Nothing makes me feel more at peace than the sounds of summer in Michigan. I’ve listened to them for as long as I remember. I’ve always listened to music, but it was very structured.

Hearing the bullfrogs was the first time I heard something beautiful, but also free and not confined to notes on a page. This inspired my musical career from an early age.

Frogs are my favorite animal. I used to put them in my pocket to take them home.

Of course, my parents always found them and made me put them back.

But I really wanted one. I spent many hours chasing them with friends and family. As I got older, the way that I admired them changed.

Recently, I realized that I’d never actually seen a bullfrog although I’ve been listening to them my whole life. One could hop across my keyboard as I’m writing this, and I wouldn’t know it from the other kinds of frogs I caught in my youth. 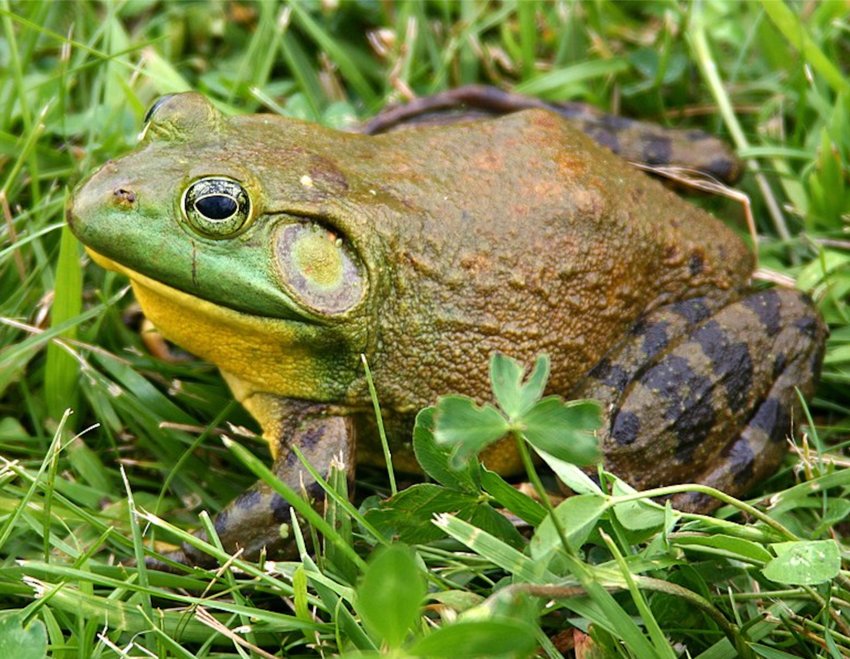 I’ve discovered that many people have never seen a bullfrog.

Even though they breathe air, bullfrogs spend much of their lives in the water, even when they are calling out to other frogs. This explains why they’re so hard to find.

When they feel threatened, they dive under the water to hide.

Almost just as recently, I was introduced to something called eDNA by a graduate student at Michigan State University. This eDNA is DNA collected from an environment, not from individual organisms.

Many samples from many organisms can be collected all at once. A single sample can contain as many as 52,000 species. The DNA collected from these samples help scientists learn about individual species’ behaviors and how they interact with each other.

Many studies that have been done on bullfrogs using eDNA because they are technically an invasive species in the western United States, according to Tony Dejean, one of the founders of SPYGEN, an environmental DNA laboratory.

The eDNA is helpful in detecting them and being able to relocate them to places where they won’t be destructive. This system has been highly effective at assisting scientists locate and relocate them, Dejean said.

That doesn’t worry me because I don’t think the scientists will be searching in my parents’ backyard.

After some research, I figured out what bullfrogs look like. If I see one, I will recognize it.

I expected them to look large with warts covering their bodies. However, they are green and smooth and usually grow to only about 8 inches long. They look like normal frogs, which surprised me because they sound so different from the croaks and chirps of other frogs.

Reading the information produced using eDNA helps me understand their behavior well enough to track one down during the daytime. Of course, it would be easier to go to my parents’ pond at night when I can hear them, but all the frogs there seem to jump into the pond as soon as they see my flashlight.

Knowing and understanding their behavior with the help of eDNA is my best bet at finding one of my favorite creatures.

However, I would also be content with just listening to them strum their tune.

Chey Lacasse is a reporter for Great Lakes Echo