Can Andy Schor cram for his final and pass? 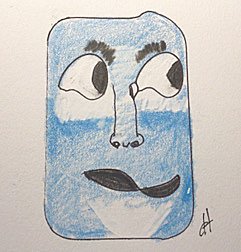 When I taught writing to college freshmen, I would remind students the key to success was steady work. “This isn’t a class you can cram for,” I warned students at the beginning of each semester.

But for some students the cram was their jam. They came to class looking like hell to show they worked hard. Last night.

I bet Lansing Mayor Andy Schor was that type of student because he’s that type of mayor. He reacts under pressure, and because of that, things happen too quickly to create a lasting understanding.

I don’t feel good about Schor. I have experienced firsthand his inconsistency, and that does not include his indifferent and clumsy approach to reducing city retirees’ health care benefits.

Street cleaning is an example. In May, for the first time in what seemed like forever, our eastside street was cleaned. Then in early June, Groesbeck neighborhood got its streets swept. The westside neighborhood was cleaned too. In daylight.  Because street cleaning is a nighttime activity, my friend’s husband said, the mayor wants us to see this. Because its election season.

Will street cleaning be on a schedule? Because Schor’s approach to operations is inconsistent.

I applaud Andy Schor as a politician. He knows how to establish himself in a new town. But I do not for one minute believe Andy Schor knows what it is like to be an African American in a new town. I do. I was that here in Lansing, and I was that when I started my daily newspaper career in a small town in Illinois.

I held staff writer positions with two Gannett Co. Inc. daily newspapers. The second was the Lansing State Journal. The first was the Commercial-News in Danville, Illinois. Danville was like Lansing: It was the big city of the area, with a Big Ten university, the University of Illinois, nearby.

My family and I were never “in.” Oh, I had a job, and attended church, and had kids in the public schools. But accepted as a part of the people who ran Danville, invited to stuff, introduced around? No. I was the black newspaper reporter. Period. It takes a lot of time and effort for a professional Black woman to be accepted. Judy Brown Clarke had a similar journey in Lansing.

A Black woman, Ms. Clarke graduated East Lansing High School in 1979. She attended MSU; won Silver medals in track and field at the Olympics. She was employed by MSU. She moved to the city of Lansing and won election to the City Council. From there she ran for mayor against Andy Schor, but she wasn’t accepted. Now she lives on the East Coast.

Andy Schor won the Mayor’s Office, but did not understand the built-in responsibility to Lansing’s African Americans.

Andy Schor has lived in Lansing for 20 years. He was “in” politically within five years with his election to the Ingham County Board of Commissioners. He served a decade. Then he put in five years in the Michigan House of Representatives.

After election as Lansing mayor in 2017, he created the Diversity and Inclusion Advisory Council and appointed city residents to work on issues of social justice, including racial equity. He seemed intent on making a difference.

Randy Watkins, a Lansing resident, chairs that council. But, when the Black Lives Matter movement emerged in summer 2020, making demands and headlines, Schor’s knee-jerk reaction was to appoint an Okemos attorney, Teresa A. Bingman, to take over the effort of achieving racial equity in city government. There was no directive to her to cooperate with the council. Several council members — but not Mr. Watkins — quit in disgust at the ham-handed disrespect.

I dreaded dealing with students who cram, because, in their rush, they create problems. Bingman and Watkins are both college-educated African-Americans, which is a somewhat small community in Lansing. Its success is based on relationships built in state government offices, in Black churches, Black fraternal organizations, and Black nonprofits, the Black Child and Family Institute, or Les Meres de Debutantes Club. These bonds help educate children at Black schools like Sankofa Shule and Shabazz Academy, or in less friendly public districts. Many relationships start at Michigan State University, where the best and brightest of Michigan’s cities — Detroit, Flint, Pontiac, Benton Harbor — matriculated in hopes of building a life at a high rung on the social economic ladder.

These carefully built relationships form a treasured network, and Schor trampled on it. His rush to do something about Black Lives Matter created tension and strain. He put Black people in opposition to each other, and it all played out in the media.

Some people take it as a matter of course that competition rules the public arena. But I am old-school, a Baby Boomer believer in the Black Power movement. I went whole hog on it, from studying Swahili in college, to studying African dance with Dorothy Harper Jones and the Pashami Dancers in Lansing. I hate to see my Black community get played by the inconsistent actions of Andy Schor.

Schor set up an unconscionable situation of publicly pitting African Americans against each other. By undercutting Lansing’s diversity council, and Mr. Watkins, he disrespected us big time.  That’s a problem.

The thrill of cramming prevents Schor from doing his homework. He sacrifices time to assess and manage the situation, and, most disappointing, sensitivity. As in passing a writing class, keeping a diverse community going forward requires steady work. Consistency is a skill that I am not convinced Andy Schor has or can learn.

(Dedria Humphries Barker, a Lansing resident, chairs the Andrew and Mary Jane Humphries Foundation and is the author of a book about education for girls, “Mother of Orphans: The True and Curious Story of Irish Alice, A Colored Man’s Widow.”)