The GOATS of Cannabis festival is a precursor to grand opening 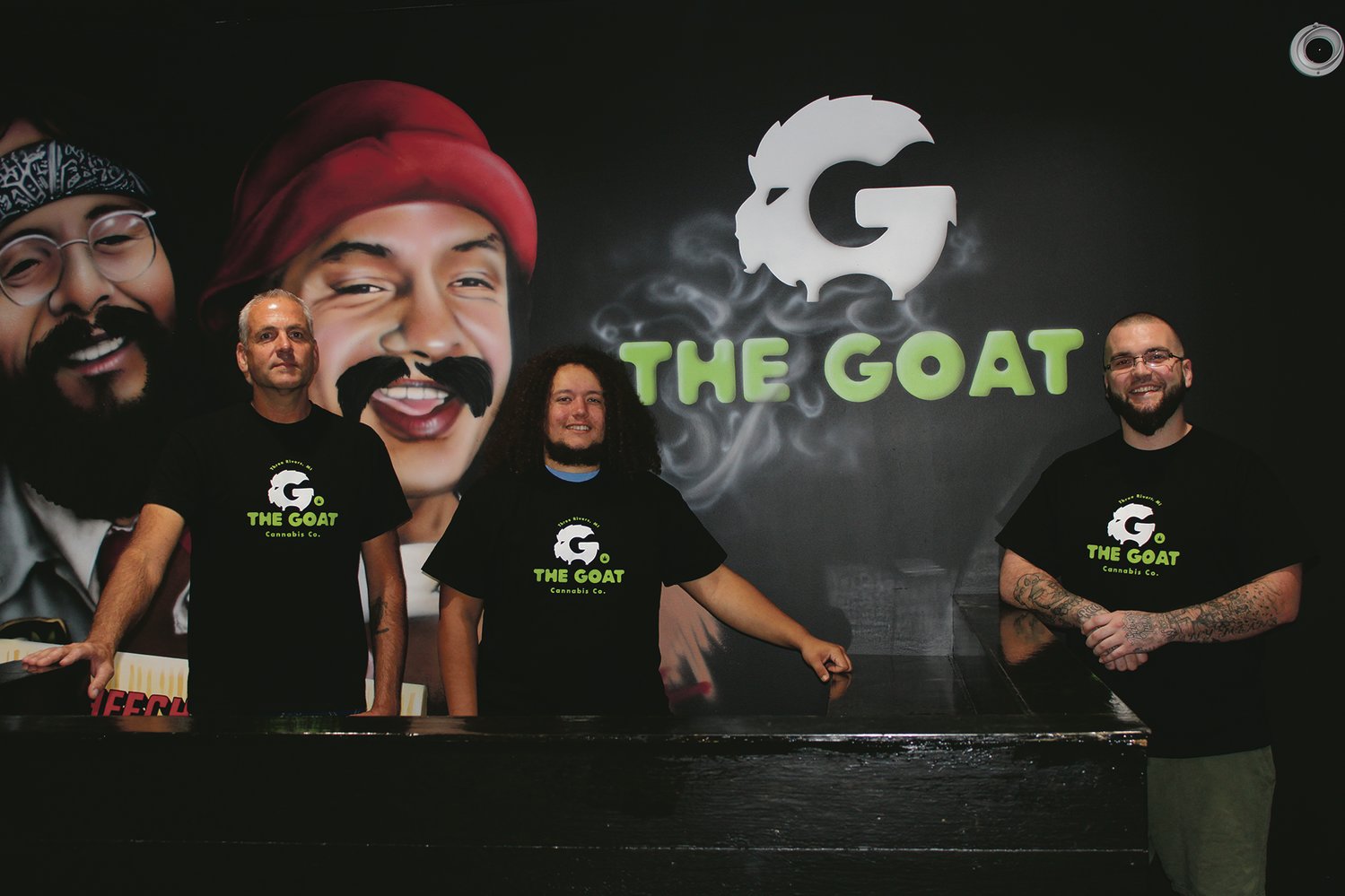 Part of a mural of 420-friendly celebrities at the Goat Cannabis Co.
Deon Gladney

Combining live music and marijuana is a growing trend across the state. Last month, Adado Riverfront Park was packed thanks to the Smokers Ball. In April, the second annual Lansing 420 Music Festival also went down.

But this week, Lansterdam heads southwest of the Capital City for a visit to a new dispensary set to open in October. It is the Goat Cannabis Co. in Three Rivers, owned by Lanny Wagner, Drew Smith, JJ Smith and Tuck Kulish. The venture organically evolved when Wagner looked to expand into new business ventures.

Kulish started in 2019 as the first state operator in Battle Creek, while JJ Smith and Drew Smith were caregivers in Cassopolis.

I was treated to an exclusive walkthrough of their new site on US 131. The Jay Mack spray-painted mural of 420-friendly celebrities will no doubt impress, along with the service counters and display cases made from hemp.

GCC has a plan centered on being a culture-based celebration of cannabis.

“We have a mindset of the everyday customer,” JJ Smith said. “So, we want to be here for the people with the best smoke, on-demand and prepackaged.”

Wagner added: “We all consume as well, so being locally operated combined with that family-owned vibe, we look forward to an exciting time in the business of cannabis.”

But it’s not all about packaging and product. GCC has big plans for promoting and marketing themselves — including an upcoming festival, The Goats of Cannabis, at the Cass County Fairgrounds, 590 N. O’ Keefe St., Cassopolis.

“We were throwing a lot of parties; then we did our first state-licensed event,” JJ Smith said. “Soon after, we got approval from Cass County Fairgrounds. So, for the next five years, we deﬁnitely will expand with music by having a can’t-miss show with a great lineup, giving us that branding to drive traffic to our store.”

The GOATS of Cannabis festival, Saturday (Sept. 17), is stacked with legendary performers, like Redman and Cheech Marin, along with Berner, Dreka Gates, OG Boobie Black and other special guests.

Attendees canvisit vendor booths and witness live judging of cannabis from Great Lakes-based growers and brands. While GCC is busy with event promotion, the team isn’t losing sight of the big picture — or the community as a whole.

“We intend to do business with a collective approach with different collaborators,” Kulish said. “That way, we have an eclectic selection because we want to have the best product in the state — be the go-to place.”