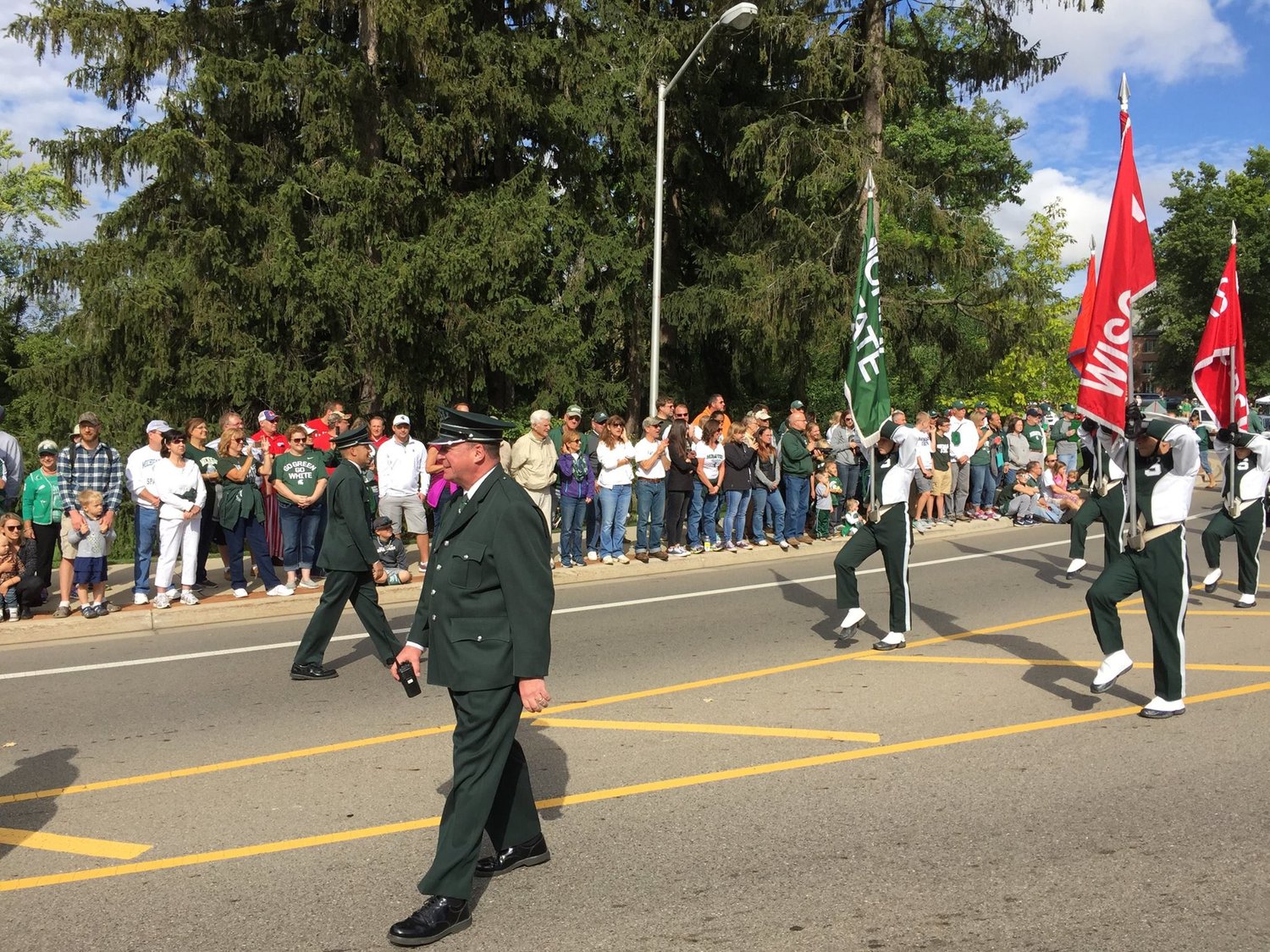 Posted Wednesday, February 8, 2017 1:45 pm
Todd Heywood
Shortly before 11 p.m. on Feb. 20 last year, Spartan Marching Band Director John Madden texted a female band member who had participated in an annual band event called “The Huddle” the night before. Madden, away at a guest conducting job in Ohio, missed the event — a first for him.

“Pics of your dress are required … discretely of course,” he wrote.

The young woman who received that test responded, but with a group photo of several band members in their formal outfits.

“Just finished conducting gig,” Madden responded. “Having a couple of beers at a local bar … sorry for being a creepy texter.”

A week later, Madden asked the student to call him at his office at Michigan State University. When she did, he apologized for the text and indicated he had been drinking and was having marital issues.

The woman said that after that she “couldn’t eat or sleep for an entire week and felt ‘creeped out,’” according to the Office of Institutional Equity report on the incident obtained by City Pulse. She filed a complaint against Madden for violating Michigan State University's sexual harassment policy.

“It is further found that the conduct altered the terms of claimant’s work and/or educational experience and/or unreasonably interfered with her work or performance in an activity, the marching band, on an objective and subjective basis,” Martinez concluded.

The woman Madden had texted declined to return to campus, according a letter from her attorney sent to MSU officials. She would complete her studies, the attorney said, via online options.

“After much thought, reflecting upon the extreme discomfort she experienced whenever encountering Madden (or even on-campus reminders about Band), she will not return to the East Lansing campus for her Senior year,” Philip E. Cook of the Cook Law Firm in California wrote in an Aug. 15 letter to university officials.

Madden’s punishment for the violation — the first reprimand of any sort in his 27 years at the university, emails and communications obtained from the university show — included an eight-day unpaid suspension starting May 27 last year and a three-month delay in his promotion to full professor. With the weekend and Memorial Day, his actual time out of the office was five days. Madden was paid $125,000 during the last fiscal year.

He was also prohibited from attending a national conference for athletic band directors.

“The suspension came after an investigation by MSU’s Office of Institutional Equity into improper conduct the prior semester,” wrote MSU spokesman Jason Cody. “While MSU does not discuss specific personnel actions or investigations, the Office of Institutional Equity’s investigation found Madden violated the Relationship Violence & Sexual Misconduct Policy. In addition to the personnel actions imposed, the university will continue its ongoing work with the Spartan Marching Band to ensure it provides a learning environment free from harassment.”

Madden’s promotion to full professor of music was finalized Oct. 1. Cody said the Board of Trustees does not approve such promotions unless they are tenure track promotions, but it would have been informed as part of a personnel report. He said the information on the policy violation would not have been included in such a written report. He was uncertain if trustees knew about the situation when they were notified of the promotion.

In a May 20 letter from Music School Dean James Forger, the additional work with the band included a mandatory pre-season training by Jayne Schuiteman, a senior institutional equity investigator. In addition, Schuiteman was authorized to work “independently” with the band “in order to assess the climate.” That assessment could include individual meetings with band members.

Madden, an MSU graduate who was a member of the marching band, declined an interview, but he did release a copy of his Aug. 31, 2016, apology to the 300-member band.

“I would like to address a matter that may have come to your attention regarding an issue of my behavior last year,” he wrote. “I had some text message exchanges with a member of the band. I exercised poor judgment and made a mistake in doing so and I regret my actions. It was not my intention to offend, and I apologized quickly after realizing how the message might have been perceived.”

She said she believed the punishments was “pretty appropriate,” but she faulted the university for giving Madden a one-week notice of his suspension and for scheduling the suspension over a holiday.

“Suspension should be immediate, not scheduled out,” she said.