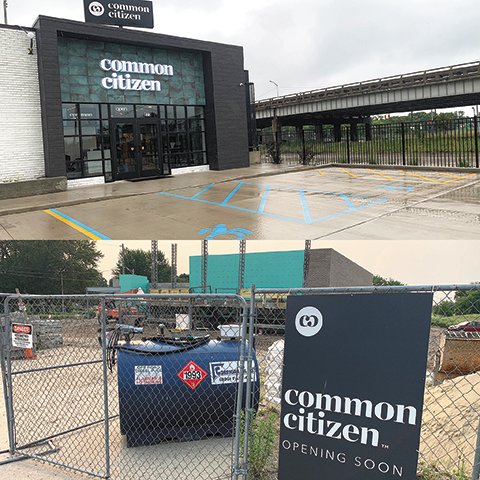 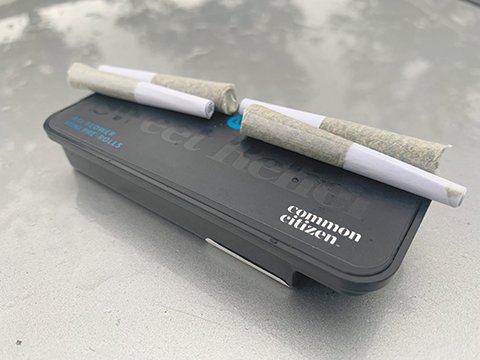 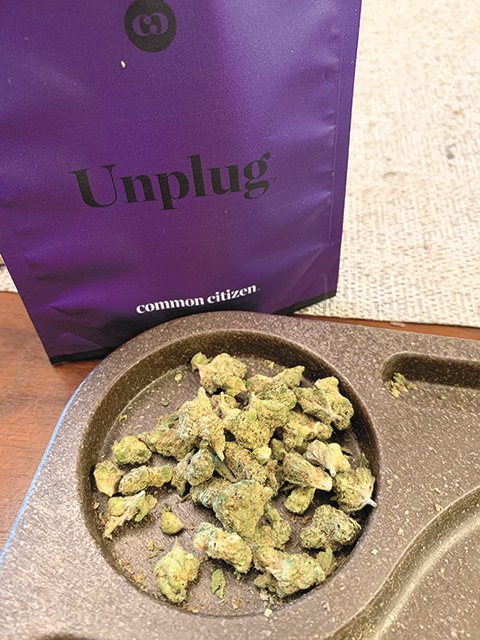 A Motor City cannabis brand is making inroads in the Capital City this summer with plans to open its fifth pot shop on S. Martin Luther King Jr. Boulevard between I96 and Miller Road.

Common Citizen, which launched in Detroit in 2018, bills itself as the largest vertically integrated weed brand in Michigan with a wide network of cultivation and processing facilities and retail locations in Detroit, Hazel Park, Battle Creek and Flint. Crews were finishing up the brickwork this week on what could be its fifth store, across from Empire Motors in Lansing.

County records show that Common Citizen acquired the property in 2019 for $710,000. City officials granted preliminary approval for a retail pot shop license there last July. Officials have yet to grant full licensure, but the company also prequalified for a state license last September.

Plans have also been announced for two additional retail locations, in Grand Rapids and Warren.

The company’s website doesn’t list any firm opening dates other than “soon,” and CEO Michael Elias (who is also a Michigan State University alumnus) didn’t return my messages this month. So, while I waited for a response, I drove down to Hazel Park to check out the place in action.

That storefront was tucked off the highway down a service drive behind a large black fence, but the entranceway was still modern, sleek and inviting. The large windows and open floor plan makes the space seem larger. It felt a bit like Pier One merged with an Apple store. Skymint, Pleasantrees and Botanical Co. customers will probably feel right at home at Common Citizen.

The International Council of Shopping Centers recently honored the company’s Flint location with its prestigious “Gold Award’’ for its fancy retail design — the first time the award went to a pot shop. Its dispensaries are called “chapters.” Instead of budtenders, it’s “citizen advisers.”

But looks and lingo aside, what matters most is what’s on the shelves. I picked up two strains on my visit to Hazel Park. And if it was any sign of what’s coming to Lansing, we’re all in for a treat.

Grim Bastard is a proprietary hybrid of Biker Kush V2 and Black Banana and is billed for its ability to provide “Sweet Relief” — namely a happy, relaxed, euphoric and creative sort of buzz.

Each miniature joint contains about 1/3 of a gram, which is small enough to polish off on a short dog walk and light enough to pair with your morning coffee without killing off a productive work day. I usually like to smoke before I eat dinner, and these little guys are a perfect hors d’oeuvre.

Mild lemon notes were overpowered by a pungent earthy and spicy smell, which translated to a smooth hit that carried a strong black pepper sort of flavor on both the inhale and the exhale. Potent head high. Not much body high. Quick hitting. Short lasting. Major appetite stimulant.

These are also great for introverted smokers because they’re far too short to share with friends.

Rolling joints is usually much more affordable than buying prerolls. And that’s true at Common Citizen, where its raw grams run about $6 cheaper than their prerolled counterparts.

Swamp Gas is a hybrid cross of two very well known strains: Triangle Kush and San Fernando Valley OG Kush, a sedating combination that is billed as a way to help customers “unplug.”

Any relative of OG Kush is usually a hit in my book. These buds were disappointingly small, but the delightfully strong notes of pine and lemon quickly wiped away any doubts about its quality.

Even when smoked early in the evening, this strain provided a slaphappy sort of giggly high that quickly transitioned into a deep state of relaxation — perfect for packing up a fat bedtime bowl.

Ending it on a high note