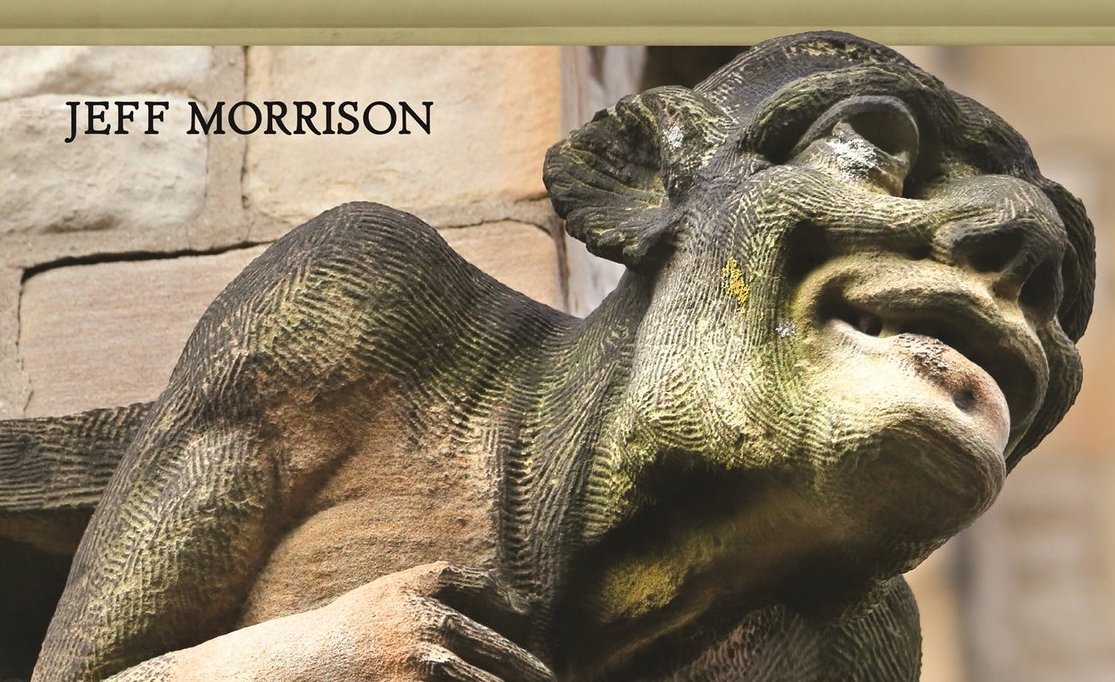 All of these, and countless other decorative figures, adorn the buildings of Detroit. But until Oxford, Michigan, photographer and writer Jeff Morrison decided to photograph these incredible adornments they were undocumented and often overlooked.

In his new book, “Guardians of Detroit: Architectural Sculpture in the Motor City,” Morrison gives readers a close up view of these incredible sometimes monstrous figures with more than 770 photographs gracing the 350-page book published by Wayne State University Press.

The grotesque statue attached to the Trinity Episcopal Church in Detroit, which graces the cover of “Guardians,” is nightmarish in its beauty and harkens to the Italian and French cathedrals from as far back as the 12th century, where the figures were used to ward off evil and often for more pragmatic uses such as rain spouts.

Morrison said he was inspired to do the book by some photographs he took decades ago of grotesques in Detroit. “I was looking at them in the fall of 2015 and decided I should do something with them. I thought maybe there’s enough to do a self-published book,” he said.

His dream turned out to be 20,000 images showing the figures on Detroit buildings.

Your first thought when seeing the photographs in the book is Morrison must have crawled around on parapets and ledges, used a helicopter or hung from scaffolding to get these dramatic images, but that’s not the case.

“Hardly at all, almost all of the photographs were taken from the ground,” Morrison said. Using a Canon 5D Mark III digital camera equipped with a 150-600 mm F/5-6.3 lens he was able to capture the dramatic images while standing on the ground.

Two of the more difficult shots were taken at the Fisher Building and at the Fort Street Presbyterian Church.

To shoot images of the Fisher — one of Detroit’s most venerable buildings — he thought he would be able to go up in the former GM Building across the street, which is now owned by the state of Michigan.

“I couldn’t get permission. There was too much red tape,” he said.

The shots of the adornments at the Presbyterian Church had not been seen in more than 100 years when another building was built on the side of the church, hiding them.

“I just guessed they were there,” he said. To get the shots he had to climb out of a window, onto the roof and scramble up a steel ladder.

Readers will be surprised at the varying types of buildings with public adornments including churches, government offices and retail outlets, but most surprising are the adornments found on fire stations, libraries and police precincts.

Morrison attributes the large number of public adornments on Detroit buildings to “deep pockets, big egos and men who wanted to build monuments to themselves” and sought out artists to complete the dream.

And certainly Detroit had its giants of industry and the names on the buildings often tell the tale: Kresge, Fisher, Book, Buhl and Whitney.

Many of the buildings included in the book will be recognizable by readers and have been well documented by architectural historians including the Fisher, the Guardian, the Penobscot and the General Motors Building.

Readers might also have a better appreciation for freedom of the press when they see the adornments including a man operating a press on the newspaper offices of the Free Press and Detroit News.

Sadly, the Detroit Times building was torn down, but Morrison was able to locate some adornments which had been salvaged and stored.

There are many more buildings that have been lost to time and in the name of urban renewal and Morrison expects the book to help reveal the whereabouts of salvaged adornments.

“I know there’s some sitting in basements and garages,” he said.

He found the “civic virtues” which once adorned Old City Hall before it was torn down stored at a warehouse at Historic Fort Wayne.

“I hope the book will result in more of an appreciation for historical preservation,” he said.

The art itself represents numerous movements including beaux arts, gothic, Romanesque, art moderne and art deco with twists that are purely American, and Midwest themes such as American Indian and auto art. The author also provides in-depth looks at some of the artists, including the remarkable Corrado Parducci, who had his hands in scores of building adornment projects.

Morrison found his way into photography when his father gave him a used camera when he was nine years old.

After a degree in history and arts from Eastern Michigan University he began a 35-year career in the graphic arts. He’s passed his love for photography on to his son, Noah, who recently had a cover photograph in Metro Times of low-rider automobiles.

If you haven’t visited Detroit recently, this book will have you shouting “road trip.” To make it easy, Morrison has included maps detailing the best sites to see gargoyles and grotesques, naked women, Indian motifs and gnomes.

You might have nightmares, but you won’t be disappointed.