East Lansing should keep the porch light on for school culture 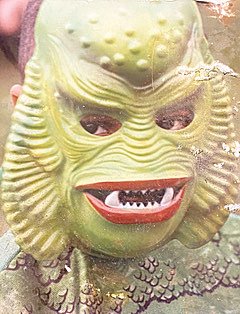 Usually, I start my column with an experience from my teaching writing at Lansing Community College. This month I am thinking about me when I was an East Lansing Public Schools parent.

I fondly remember my children’s Halloween costumes. One year my daughter was a leopard. Her costume was a bib pullover in brown and black print with a tail attached. Her mask was brown sequins. Another year she was the Ace of Hearts. Her card costume was a sandwich sign of cardboard with red ink. We had a cool time imagining, planning and making those costumes. And, being a part of her school culture.

My younger son wouldn’t go for homemade, no matter how creative, so I bought him a costume of his choosing: the Creature from the Black Lagoon. I got my money’s worth there. He wore it three or four Halloweens straight. It came with a plastic mask and a cheaply constructed jumpsuit made of cheesy green fabric. He happily donned it until it was so tight he looked like a Chippendale dancer.

It made David feel secure to wear his costume, to know what was coming year after year and to be allowed to revisit the event in exactly the same way even if, perhaps because, he was not the same. I am sure other kids feel the same way.

The Halloween parade at their schools, Pinecrest (now Robert L. Green) and Donley, was enchanting. Dressed in their costumes, the students walked in a line outside of their school with their teachers while parents lined-up on the sidewalk clapped and photographed our children and their classmates. We got to know each other. I admit some of my glee in the Halloween parade came from no unhappy talk about performance in class, like at parent-teacher conferences. So, from my point of view, it is a scary shame that the principals of four of East Lansing’s six elementary schools banished Halloween.

City Pulse reported EL school board member Kath Edsall explaining one reason was the “huge disparities” in income across the district. That must be limited to the schools, because according to the census, it’s not the story of the residents.

Still, the Halloween parade continued. It’s not Black people that doomed this event that is so a part of EL school culture.

But diversity does seem to be a part of the situation poorly handled by the district, which is historically white and well-off. Edsall said that EL parents are poorer, too poor to buy a Halloween costumes and masks for their children.

People are trying to work with the City of East Lansing on diversity issues, especially my church, All Saints Episcopal on Abbot Road. Recently, I was asked by my church what I thought would help the City of East Lansing become more diverse. That is, to attract residents like me. My suggestion was to help young families buy a house by offering tax abatements to ease the cost of home ownership. Now I think we all need to back up.

More residents who are not-white and professional is not the problem staring us in the face right now. The ELPS principals’ Halloween trick or treat brings out of the shadows how the school district deals with diversity right now. Educating all students in how to get along with those not like them is the test. The principals failed.

Ripping out an event that is a part of school culture to appease another group fails to set a good example for students and parents alike. What is needed is ways to incorporate different values in the culture of a public school district that previously educated only white middle-class students. On this score, the four principals need to study more.

When we were enrolling our last child in kindergarten, we were offered a choice between Donley and Whitehills schools. The two schools were equal distance from our home. We chose Donley because of the principal. She was tough, and we liked that for our son. It was a matter of school culture.

It’s too bad the four EL principals failed to come up with a more creative solution to solve the money problem of costumes. Some parents believe Halloween represents the devil, and I respect, if not believe, that. Halloween means All Souls’ Eve and closely following is All Saints Day. It is a way to honor our dead, our departed, our ancestors. Mexicans call the day Dia de los Muertos. It is a festival of remembrance.

When we talk about Halloween as a problem in East Lansing Public Schools, we are talking about school culture. Yet, the culture offered a solution.  Principals, take note:

East Lansing school carnivals are parent productions that raise money to benefit all students. For instance, playground equipment and teacher appreciation events. Couldn’t the parent associations buy costumes or at  least buy masks for families who want, but can’t afford them? Most of us are wearing masks anyway.

But neither this nor any other solution was discussed out loud, in public. It’s not clear from reports who lodged the complaint or the process that principals used to reach the decision they did. Instead, they slashed an event that, judging by the blow-up in social media, most of the school community liked. I know I did in my time in ELPS.

Banning a Halloween parade that has been ongoing for decades is a temporary approach to issues that appear because of a diverse community. Issues don’t tarnish diversity. It is a challenge that must be met. East Lansing Public Schools faces more serious issues in diversity than Halloween. Let’s get to those.

ELPS needs to lose their surface approach to diversity, and talk to people.

Dedria Humphries Barker, of Lansing resident is the author of a book about education for girls, “Mother of Orphans: The True and Curious Story of Irish Alice, A Colored Man’s Widow.” Her opinion column appears on the last Wednesday of each month.