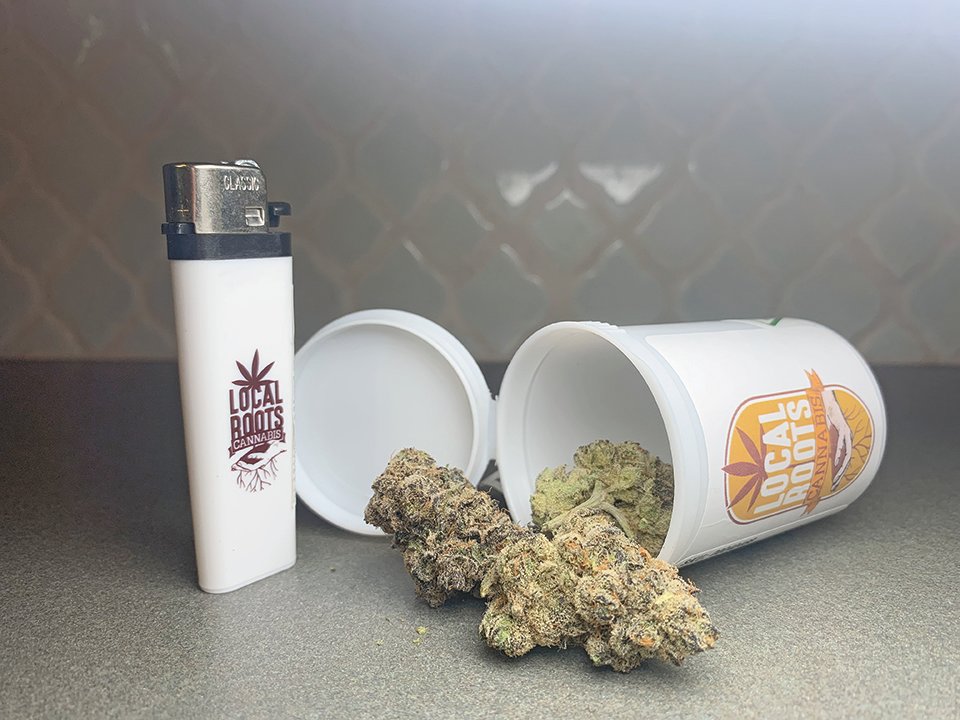 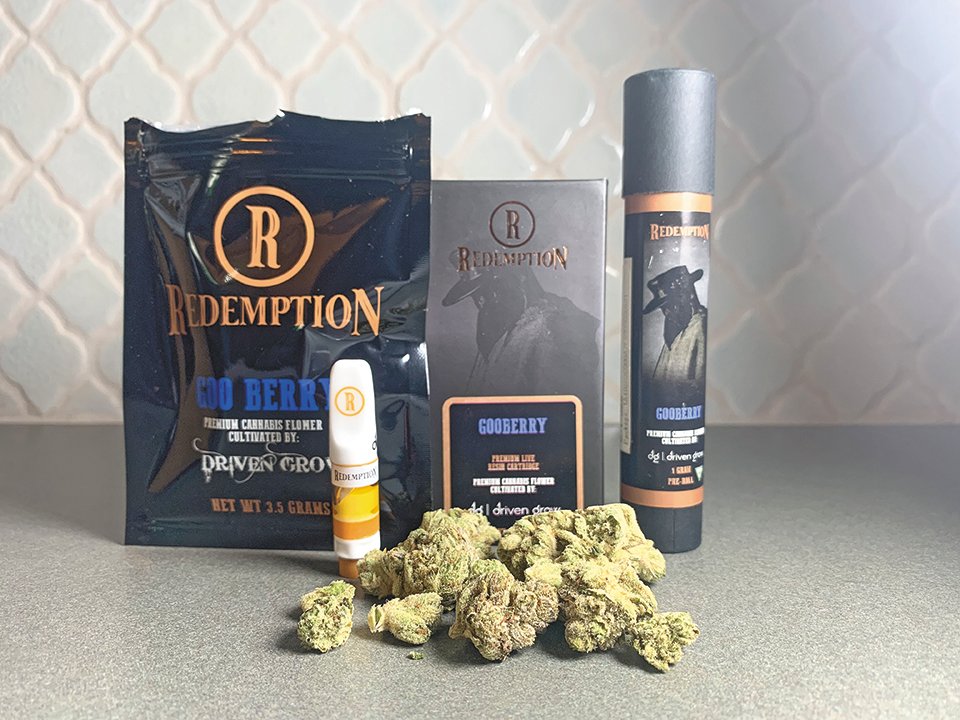 Ronda Liskey and her son Roy have spent most of their lives in the small town of Laingsburg. And if all goes well after opening a pot shop there this month, they might just retire there too.

“We’re trying to differentiate ourselves as the regular, non-corporate sort of mom-and-pop shop,” Roy Liskey explained. “It’s small, homey, comfortable. It really fits Laingsburg. A big pretentious thing would’ve been odd for this community. We really want our customers to feel comfortable.”

Local Roots Cannabis Co. quietly opened its doors for recreational marijuana sales this month. Its logo is hand-painted on scraps of reclaimed barnwood. Posters from local musicians are hung across the shop. Bluegrassy harmonica tunes played from the radio there last Friday.

Ronda was sweeping the entryway; Roy and his fiancée were tending the front counter. The entire staff is either directly related or close family friends — all with “local roots” in the area. It made coming up with a name for the store a relatively easy endeavor, the Liskeys explained.

Small rural communities aren’t always the most supportive locations for the cannabis industry, but not so much for Laingsburg. Ronda said the community has offered nothing but steadfast support.

“Everyone has been hugely welcoming,” she said. “They couldn’t wait for us to open our doors.”

Ronda has been a medical marijuana caregiver since 2008. Roy studied hospitality and business and also interned in Colorado as the pot market took off nationally —  later bringing his newfound entrepreneurial talents back to Michigan to hang out his family shingle in Laingsburg.

The provisioning center is off to a relatively slow start, but dank new products are rolling in every week. Local Roots also plans to launch a delivery service that’ll cover most of the Greater Lansing region later this summer.

The Liskeys also plan to host several upcoming community events — like live music at the shop as well as at the new amphitheater that was recently built at neighboring McClintock Park.

Roy was setting up a Wheel of Fortune style game in the store last week. He also plans to offer discounts to customers who bring in their receipts from local restaurants — a nod to neighboring businesses that have been nothing but welcoming since Local Roots opened earlier this month.

Lansing-based M&M Agriculture was licensed to grow recreational marijuana off Martin Luther King Jr. Boulevard last year. Ronda Liskey — with at least 30 years of experience smoking high quality weed — labeled this gassy, indica-dominant strain as her “all-time favorite.” I had to try it.

The buds were dark green with layers of rich purple. Crystallized trichomes gave them a sticky and shimmery appearance. Like the name implied, this strain was fruity with bright citrus and floral notes. It was also among the smoothest hitting stuff I’ve ever had the privilege of smoking.

The first few hits offered a euphoric sort of headrush that had me literally giggling over my morning coffee. And after a massive brunch at Good Truckin’ Diner, it didn’t take long for that high to spread across the rest of my body. I watched half a movie and took a nap on the couch.

The cannabis wizards at Redemption may have truly perfected their recipe for dank vaporizer cartridges this month — namely by removing THC distillate as an ingredient altogether.

Most vaporizer cartridges are filled with distillate, which typically involves processing and isolating THC from the cheapest and least potent parts of the marijuana plant. Live resin, however, is produced by freezing the flower immediately to retain more of the character, flavors and aromatic profiles of the original strain. As a result, the high is often much more potent.

Gooberry is another indica-dominant hybrid perhaps best suited for spending a rainy day inside the house. For me, this fruity and spicy strain was the perfect way to finish binge-watching the second season of The Circle on Netflix — mindless entertainment for a truly mindless viewer.

On the ground at Pure Roots' grand opening

All about advocacy and accessibility