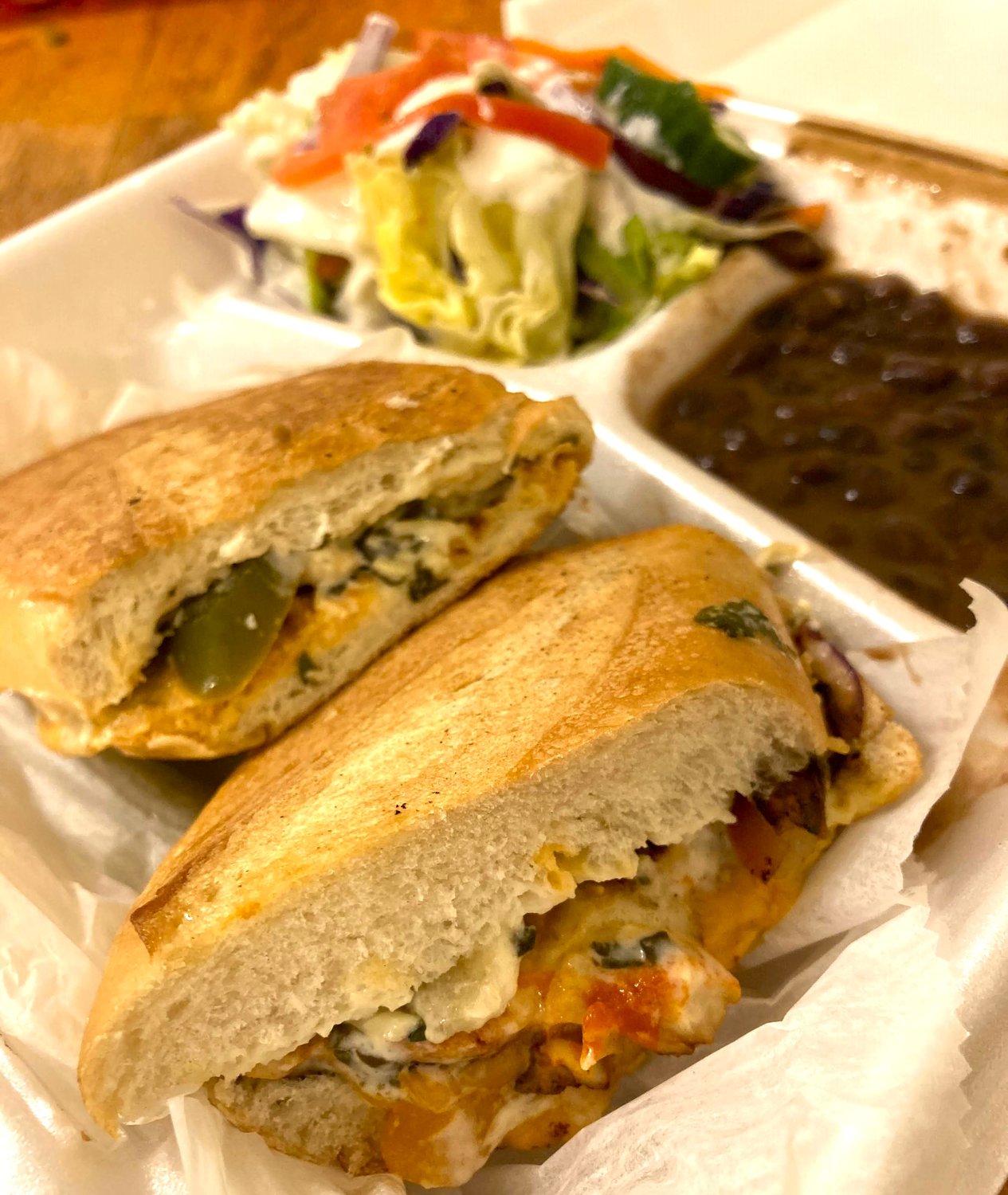 There were a few days after Christmas where I mostly wanted green, fibrous foods to cleanse my overwrought digestive system of the holiday’s rich, deeply enjoyed meals. After just one shift back at work, though, I found myself ready to eat bread and cheese again. I also wanted something cheap and quick with at least a few vegetables or legumes to provide some still-necessary balance. Enter an old standby of mine, the Cuban-style sandwich combo from the gas station sandwich savants at José’s Cuban Sandwich & Deli.

In my experience, food operations that run out of other businesses are always good, and this opinion was formed, in no small part, by all of my experiences with José’s over the years. The establishment offers entrée items, salads, burritos and wraps, but the sandwiches are where it’s at. Moreover, its sandwich combo is one of the best meal deals in town. There are 14 to choose from (including the classic medianoche with roasted pork, ham and pickles) and your choice of sides, which range from rice and Cuban black beans to chips and cookies, all for $10.95. The combo also comes with a delicious, skinny, atomic-green pickle that you’ll find hidden beneath the deli paper, swaddling your sandwich.

I have always oscillated between the Aurora (grilled turkey, jalapenos, bacon, guac) and the El Carribean (grilled chicken, Swiss, guac). Both are delicious, but something within me, probably still withdrawing from my holiday cheese high, opted this time for my outlier: the artichoke chicken. I haven’t had this one in ages, and after tasting it again, I can only conclude that its omission from the regular rotation must have been based in some since-demoted-in-priority ideas about caloric content.

Wow, what a sandwich! The bread is the star of the show. Somewhere between a sub bun and a baguette, it is loaded with ingredients and pressed, panini-style, on a grill, where it transforms into a perfectly toasty, crispy and crunchy canvas for the contents within.

And what contents! There is grilled chicken, pickled jalapeños, grilled onions and melted cheddar cheese, which alone would make a delicious sandwich on bread such as this. But these are not the reason one orders this sandwich. The aforementioned base elements are covered in a luxurious artichoke-spinach dip composed of Jarlsberg, Swiss, Asiago, mozzarella, Parmesan and cream cheese (and artichoke and spinach), the richness of which is balanced out by the spicy, acidic jalapenos and the caramelized onions. Yes, I did just name six types of cheese in the last paragraph. Sure, you could maybe lose one or two. But why would you want to risk dimming the dimensions of this masterpiece?

The black beans are subtly smokey and perfect for sandwich dipping, and the salad, though it is made with iceberg lettuce, is fresh and tasty. As mentioned before, you can also get the more classic pairing of rice with your beans, but especially with this sandwich, it’s in the spirit of the season to throw your stomach something green and leafy.