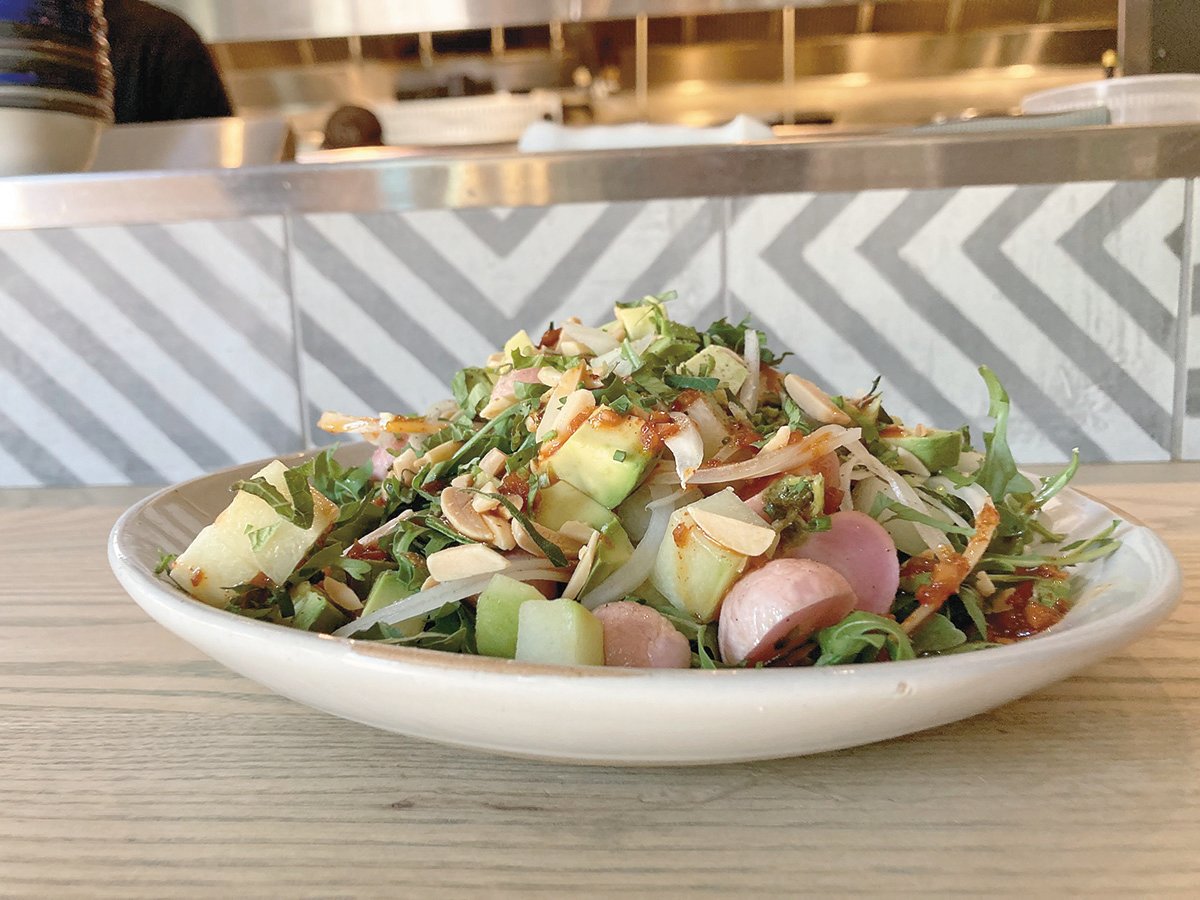 This time of year, the radishes stand out like bright bunches of candy. Sometimes, at the farmers market, I ask the vendors what to do with their pretty orbs because I am chronically at a loss for ideas. The most common guidance, by far, is to use radishes in salads and stir-fries. In other words, the farmers are just as clueless as I am.

Those sassy, juicy roots are tricky. Unadulterated, the feisty flavor of a radish is more difficult to appreciate than that of, say, an apple or carrot. And in mixed company that blast of mustard fire can stick out awkwardly.

Or, in the case of that stir-fry, the radishes are all too often overcooked to a catatonic state where they have nothing to offer but their limp, bland remains. I can think of some great Thai stir-fries that use pickled radish, which has a unique and enduring flavor.  But I’ve yet to find a stir-fry that was improved by adding radish fresh.

In a stir-fry, at least, the bland mediocrity of overcooked radish won’t drag the dish down. But when it comes to adding radish to salads, the possible downside is greater. A fresh radish can be as rowdy as a drunk passenger on a plane to Las Vegas.  Obnoxious, loud and overpowering, a bowl of gentle leaves in a delicate vinaigrette will get bowled over, unless the radish is applied in just the right amount, in just the right way, and surrounded by the right ingredients.

I found a magnificent case in point the other day at The Camino, a Mexican-style restaurant in Missoula that serves a radish arugula salad that’s more than rad — it’s totally rad.

The recipe involves gently roasting the radishes to remove the edgy flavor, and surrounding the spiciness that remains with other similarly fiery ingredients like arugula, shallots and guajillo chile.

Together, these spirited flavors complement the radish, helping it blend in rather than stick out. The fire is enhanced by a zesty lime dressing and smothered joyfully with creamy chunks of avocado, a balance that the rest of the salad makes you crave.

Radish and Arugula Salad, a la The Camino.

The owners, Phil Schaefer and Tad Hilton, were kind enough to share the recipe, created by their sous chef, Rob Troiano. The ingredients include chayote squash, a pear-shaped, bumpy-skinned fruit that I have noticed on occasion at the store but never used. Since chayote can be hard to find, I recommend using daikon radish, which is similarly mild and crunchy.

The guajillo pepper is ubiquitous in Mexican cuisine, and is by definition dried — it goes by a different name, mirasol, when fresh. If you can’t find it, you could probably get away with using your favorite dried chile.

Juice of two limes (about 2 ounces)
Zest of one lime
1 teaspoon salt
1 teaspoon agave nectar
1 small shallot, minced
2 guajillo peppers (or a tablespoon of guajillo powder)
1 cup oil (they use a neutral canola. I prefer the bitterness of olive oil here)

Gently roast the guajillo peppers in a dry pan until crispy but not burnt. (I use the same pan to simultaneously toast the almonds for the salad, below.)  When cool, remove the stem and seeds from the toasted peppers and pulverize the remains in a blender or mortar and pestle. (Omit this step if you are using guajillo powder.)

Combine the lime zest and juice in a medium-sized mixing bowl. Add the salt, agave, shallots and chile powder and stir it together. Whisk in the oil.

Toss the radishes in oil, salt and pepper and roast whole at 375 for 16 minutes. When cool, slice them in half along the stem-to-tail axis.

Add the arugula to a plate, topped with radish halves, shaved onions, toasted almond slivers, chayote or diakon pieces, and finally the herb mix. Grind black pepper over the whole thing, add a pinch of salt and drizzle the whole thing with the Guajillo Lime Vinaigrette.