For filmmaker-actor Michael McCallum, it's time to get LUCKY 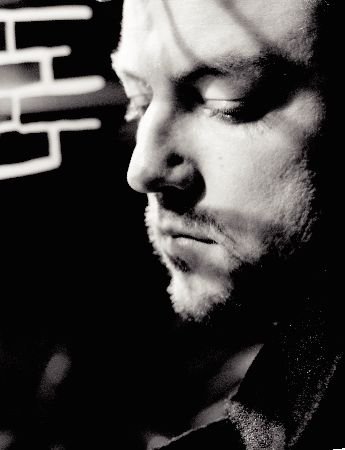 Posted Wednesday, March 9, 2011 12:00 am
Mary C. Cusack
On a recent Wednesday evening, the man who just completed the feature film “Lucky” knocks on wood without irony as he discusses his filmmaking experiences. Anyone who knows anything about making movies knows that luck has very little to do with success, and despite his gesture, Michael McCallum places his faith in hard work, not luck.

Days off come when the schedules of his team prohibit them from working. “I have to work around people’s families, their wives, their jobs, my jobs. As long as we’re moving forward — cool.”

The 32-year-old McCallum has been making short and feature-length films since 1999. After high school he entered the theater program at Lansing Community College. He also took advantage of LCC’s motion picture production program.

While his goal at first was to understand the director’s job so that he could work more effectively with them as an actor, the directing bug soon bit him as deeply as the acting bug had.

While McCallum has been making movies for more than a decade, he feels that the last six years have been the most productive and successful. In that time McCallum’s Rebel Pictures film company has completed three feature films, “Fairview St.,” “Handlebar” and “Lucky,” along with various shorts and the mini-series “Waiter from Hell.” It is this period of time that piques his passion this evening.

On the surface “Lucky” (which has its local premiere Sunday at Celebration!Lansing, following a screening Friday night at the Detroit Independent Film Festival in Birmingham) seems to be a straightforward, simple story about relationships. However, it provides new fodder for the ongoing men-women, Mars-Venus discussion.

Unfolding over four years, the movie focuses on McCallum’s character Henry as he moves through relationships, slowly maturing in the process.

In the spirit of David Mamet’s “Oleanna,” whether you think Henry is a jerk or a wounded man-child, you’re right.

Although the story is told from Henry’s point of view, it is an even-handed look at both sides of the relationship equation. Men will identify easily with the types of women Henry encounters. Standouts include the cloying one who drives him to drink; the jealous one who uses any slight of attention as an excuse to end a relationship and, of course, the good one who got away.

Probably familiar to most men is the one who wants to move too fast.

In a tense, post-coital conversation, that girlfriend invites herself to meet Henry’s parents. McCallum’s eyes alone reflect a body’s-worth of squirming, and it’s obvious he’d rather bite his own arm off to get away than to continue the conversation.

Still, women will argue that it is men like Henry that make us act crazy. Women want security, want to be attractive to our mate and need emotional intimacy. Henry embodies every weakness in men that women encounter. He also shows promise, which is what keeps us trying.

“Lucky” isn’t a good first date movie, but a good one to spark relevant conversation any time after that.

“Fairview St.” and “Handlebar” have won awards from film festivals around the country and “Lucky” will likely continue the trend.

In fact, after McCallum is finished with our interview on this particular evening, he will be staying up well into the morning completing the mastering of the “Lucky” DVD so that it can be shown at the Detroit Independent Film Festival.

Yet here he is, giving this conversation his full attention. With McCallum, there is no phoning it in.

It is a disservice to McCallum to try to describe his passion for his work in written words. With his training in stage acting, he projects a casual air that is infused with a hint of confident authority and delivered with a smooth and articulate voice. Ignoring the infomercial connotations of the word, McCallum is the ultimate pitchman for his work.

Despite the fact that McCallum’s looks, voice and mannerisms are distinctive, he imbues each of the characters with unique physical characteristics and individual personalities such that it never seems that he’s simply playing a variation of himself.

James Winton, his protagonist in “Fairview St.” has been humbled by a stint in prison. He is sincere in his desire to live on the straight and narrow, yet hasn’t matured enough to resist the pressure of a magnetically bad peer.

The titular waiter from Hell in the eponymous shorts series is so enamored of his own smarmy charm that he has no clue that everyone perceives him as a total tool. If he has a redeeming value, it’s not evident in the first three segments of the series.

In “Handlebar,” McCallum plays a hungover burnout slacker, the slightly better half of a dysfunctional duo. The plot is standard fare: Two bungling idiots are assigned by a mob boss to kidnap a girl. They mistakenly grab the boss’s daughter. Hijinks ensue as events take a darkly funny turn.

What elevates “Handlebar” from being a middling rehash of the caper-gone-wrong comedy are the performances of McCallum and co-star Shane Hagedorn. Their chemistry is undeniable, their slovenly charm magnetic.

As with McCallum’s performances, the films are all very different as well. Like a snake, with each film McCallum sheds one skin to reveal a new one beneath. He easily shifts genres, slithering through noir, comedy, drama with stealthy ease.

But he also seems to change the goal, focus or purpose of each production.

“Fairview St.” was a study in luscious black-and-white cinematography. “Handlebar” highlights the comedic chops of McCallum and Hagedorn, allowing them to create memorable characters that are likeable despite their despicable selves. “Lucky” is a character study, a male response to the surplus of female-oriented rom-coms that define men by their lack of emotional maturity and commitment.

While he is clear about his goals in creating his work, McCallum is eager to give credit to his team.

Among the key players are producer and director of photography Anthony E. Griffin, editor Jonathan Worful, and producer Marianne J. Bacon. In each project, McCallum has a vision and typically knows exactly what he wants, from props, camera angles and sound editing to the technical aspects of DVD production and the marketing materials. However, he values the opinions of his team.

“I’m open to hearing (suggestions),” he says, “and hopefully humble enough to say, ‘That’s the best idea, that needs to happen.’”

Collaboration with his crew is only one part of the success of these films. Partnering with local businesses strengthens the work. With the exception of a few scenes, the films are shot entirely in the greater Lansing area, with the eager cooperation of many local businesses. McCallum has shot in Falsetta’s Casa Nova, Decker’s Coffee Co., Brannigan Brothers and Campbell’s Smoke Shop, to name a few.

“It helps engage the community and make them feel a part of it,” McCallum explains. He doesn’t shy away from approaching owners and asking to use their space. “It’s not like I’m grabbing people by the ankles and shaking money out of their pockets. They want to give back, help contribute to something in their community that’s played all over the country.”

McCallum doesn’t just use local locations — he also uses local people in supporting roles, and often these folks are local icons. In “Handlebar,” Lamai Feighner, owner of Lamai’s Kitchen, has a juicy role dressing McCallum and Hagadorn down, while William Falsetta Sr. plays a friend of the mob boss.

The project doesn’t end when the film is in the can, or even when the DVDs have been produced. Marketing efforts kick in, and McCallum has help there, too.

“If Marianne and our group of Rebel angels weren’t out there telling people about it, we wouldn’t have the turnout. It’s not just Facebook, or sending a text message out. Who gives a shit about how good the movie is, if nobody’s in the theater to watch it? It needs an audience.”

Celebration!Cinema hosted the premieres for “Fairview St.” and “Handlebar” and has scheduled multiple showings of “Lucky” next week. Ron Van Timmeren, vice president of programming for Celebration, has been a vocal supporter. McCallum says of the “Fairview St.” premiere, “He promoted it all over every radio (show) he did that week. It wouldn’t be that way if the quality of the work wasn’t that good and if we didn’t pack the seats.”

McCallum wastes little time on people who are not passionate and committed, or those who focus only on the high-profile projects brought in by the Michigan Film Tax Incentive.

“When we’re filming outside at 2 in the morning and we’re freezing our asses off, there’s nothing glamorous about that. When I drive home tonight, and I have to blare blasting the radio and chain-smoking to stay awake, there’s nothing glamorous about that.” He knows that if those incentives disappear and take away Hugh Jackman, George Clooney and Clint Eastwood with them, he’ll still be making Michigan-based movies.

“Tony (Griffin) said it best the other day: You’re in for a penny, you’re in for a pound. You have to go all the way with it. And if you’re not willing to, then we’re not going to work well together.”