Gobbled up but never forgotten 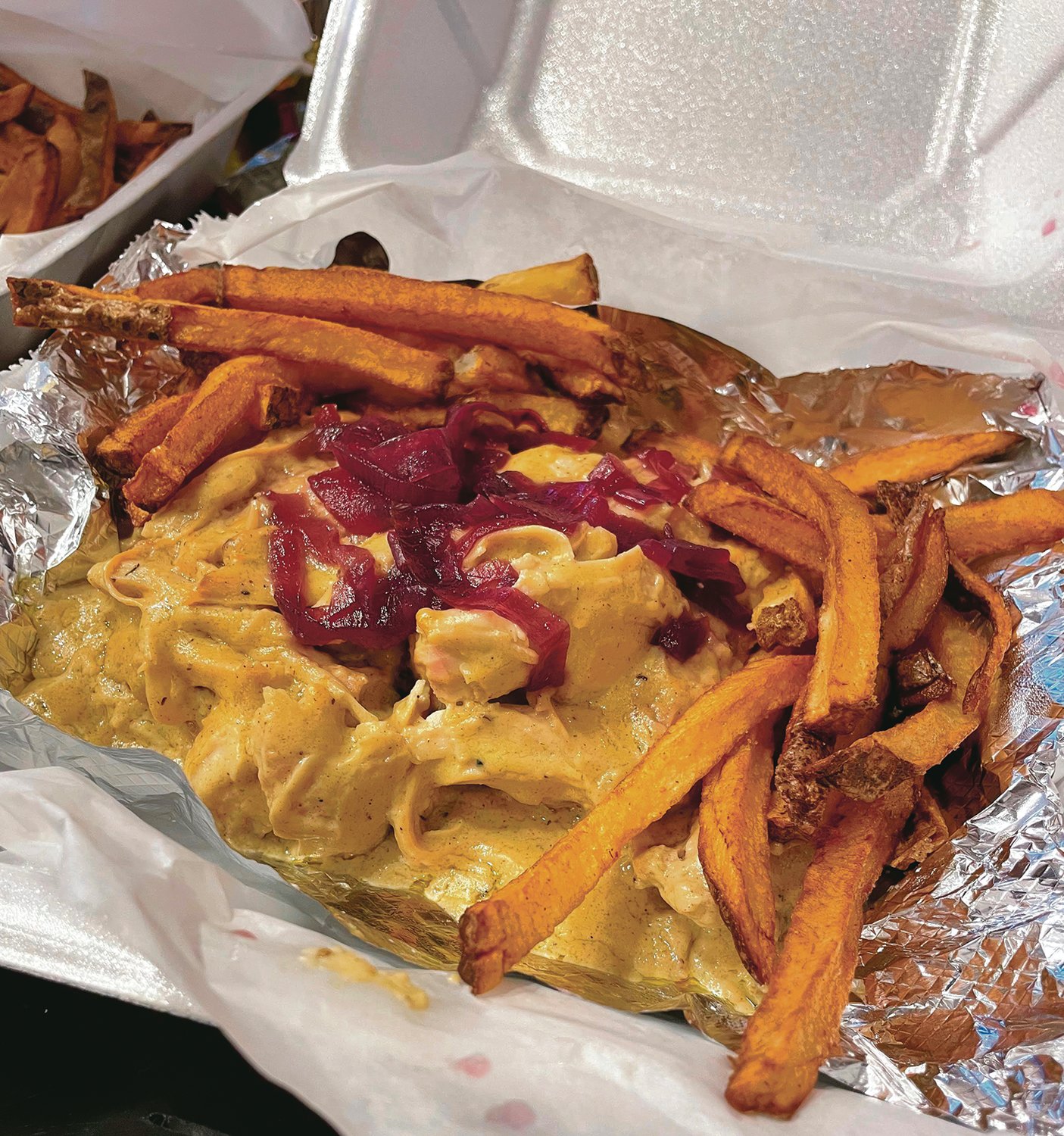 A probably not that controversial opinion: turkey is a year-round meat. For those who generally avoid pork and beef, it offers a welcome reprieve from the cycle of chicken, tuna and tilapia repeated ad nauseam.

There is simply no reason not to indulge in turkey more than once a year. And as this holiday rapidly approaches, a day that can often be somewhat fraught, I found myself unable to wait and eager to enjoy a taste of the noble bird in neutral surroundings.

Capital City BBQ was previously known as the food spot inside a phone store. It now solely inhabits that space and continues to offer both Vietnamese dishes and barbecue made with evident care and high-quality ingredients. As I perused the menu, I knew I needn’t look any further as my eyes landed on the Forgotten Thanksgiving Sandwich: smoked, pulled turkey on a cornbread bun, smothered in gravy and red onion jam with a choice of a side. Dreamy.

The big, important question was: which side to select? Mashed potatoes would have been the obvious pick, but in the absence of that option, I went with the classic potato variant of French fries. Later, as I opened and then combined my two Styrofoam containers (the massive side of fries came in its own), I realized what I’d inadvertently done: Thanksgiving poutine!

When the menu says “cornbread bun,” the term bun is used loosely. This sandwich is open-face, with a moist, cake-like square of cornbread serving as the base layer. While being smoked for God knows how long, the turkey had fallen apart into delicate and glistening sections, reminiscent of the succulent “oysters” you pull from a roast chicken. No stringiness, just perfectly cooked meat smothered in a rich, velvety gravy.

My favorite accompaniment to turkey is the cranberry sauce, preferably in slices carved from a canned loaf. That element was brought forth here in both color and an acidic bittersweetness by the red onion jam. I think I tasted bourbon in the Rolodex of flavors my mind sifted through, heightened by the salty, overdone-to-perfection fries that I combined into every forkful.

Not pictured is the lemon cheesecake enjoyed for dessert in lieu of pumpkin pie. Once you’ve tried it, a slice of their cheesecake is nearly impossible to resist adding to your meal. You can taste the scratch-made essence in each bite.

This dish feels like family made it, but with the added bonus that you can enjoy it without discussing what’s in the news or why you ignored your aunt’s friend request on Facebook.