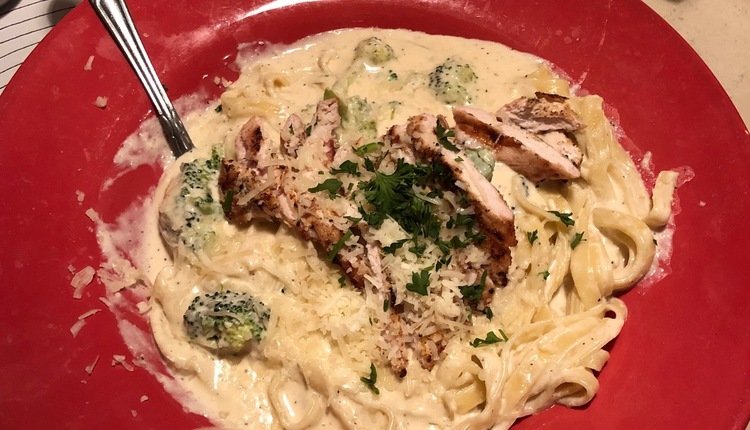 He Ate: A two-act play

Our visits to Tomato Brothers resembled a two-act play — each act seemingly wrought from a different script.

The setting: A restaurant hunkered on the fringe of an industrial park just outside Howell. The nearby crossroads looks like it was conjured by a sadistic traffic engineer. Tomato Brothers’ parking lot is jammed with cars and trucks.

No, apparently just the usual late lunch crowd. Enough of a crowd that we opt to dine at the bar. Before we even order wine, the bartender sets down a basket of breadsticks and whipped cheese spread. The breadsticks are automatic.

“I always like to treat first-timers with some of the cheese,” the bartender says, knowing without asking that we weren’t from around these parts.

Now, breadsticks are not my go-to pre-meal snack. More like my get-those-damn-things-out-of-my-sight snack. That is because most restaurant breadsticks are odious, misbegotten concoctions, probably invented by people like the aforementioned sadist.

OK, just one bite … Amazing. Simply amazing. Garlicky, buttery, hot and fresh. Best I’ve ever had. I want to name them and take them home.

To wrap up the first scene of this act: A sojourn from Greater Lansing to Howell is worth it, if only for the breadsticks.

I order a cup of tomato basil soup and a fried perch sandwich. The soup ($3.50) is spot-on. I skip the oyster crackers and used a breadstick to dip into the soup. The perch must have been the remains of a minnow — three small pieces on a bun. Yet the taste is just what I hope for: A mild, lightly battered perch fillet that recalls the fresh lake perch that were a staple of my youth. The sandwich is $10.95, and well worth it despite the “minnowish” perch portion.

Judy has the calamari. I am suspicious. I expected fried calamari, straight up. Instead, it’s flash-fried, then basted in a lemon caper sauce with a smattering of roasted peppers and onion. We each take a bite of this $9.95 appetizer.

We are hooked. Some of the best calamari I’ve tasted. She also raves about the fettuccini Alfredo ($12.95), with pasta that is not overcooked.

Throughout the meal, and on the way home, we both toss out superlatives like “fantastic.” We cannot wait for Act II.

Our friends are already there when we arrive, but you need a guide because Tomato Brothers, as expansive as its menu, is broken up by partitions and many booths – creating a cluster of smaller dining areas. In other words, we could not look across the room and see Jan and Bruce.

We begin by noting that the portions reaching other patrons’ tables are sizable to the point of daunting.

First up are the breadsticks, and they are just as delicious as the last time. I order the $18.95 barbecue ribs and a caesar salad. The salad ($8.95) is cool and crisp, with the right ratio of oil, parmesan and egg.

But where are the anchovies, which are the hallmark of a genuine caesar? I imagine they are absent because so many people detest them. I disagree. Tomato Brothers should make anchovies available on request.

The ribs are OK: tender, but lacking.

There is no smokiness. The sauce is bland. There are at least a half-dozen places in Greater Lansing that do ribs far better. The accompanying baked potato is over baked and dry. Even butter and sour cream cannot rescue this spud.

Judy and Bruce both ordered pasta bowls. They were both astounded and disappointed. Astounded by the portion size.

“I’ve seen haystacks smaller than the mound of pasta set in front of me.” Bruce said.

But the pasta is overcooked, in my mind. Bruce says his lacked seasoning, specifically oregano and crushed red pepper. Judy complained the pasta and sauce were mixed together, as if the pasta were cooked in the sauce. This is pasta with meat sauce, not baby food.

“I like my sauce dolloped on top, not stirred in,” Judy said. A small complaint which I happen to agree with.

Judy also ordered a lemon wings appetizer ($9.95). She is a big wings fan.

But not of these. Thoroughly lacking in lemon flavor, the overwhelming taste was pepper. Lots and lots of pepper.

Because Act I was terrific, I’m going to excuse the “authors” of Act II for having an off-night. So we’ll return for Act III someday. The service is friendly and efficient and what can I say about the breadsticks but “Bravo!"

She Ate: Family dining that works

As a self-respecting Lansing townie and believer in local dining, I was hesitant to leave the city limits to visit our next locale, Tomato Brothers.

So down I-96 we went, the three of us on a recent weekend evening, to find out whether or not the 30-minute drive to Howell with a toddler is worth the time.

From the moment you walk in the door, Tomato Brothers exudes the family vibe. The waiting area is spacious and welcoming with plenty of space for Baby She Ate to roam around while we waited approximately 20 minutes for a table to open up.

We had looked at a menu while we waited and didn’t waste any time ordering. I went with lasagna and a side salad and Mr. She Ate wanted to see how their chicken Alfredo— the only thing that he cooks better than I – stacked up against his. We brought along a chair for Baby E that, when attached directly to the table, made the need for a bulky restaurant high chair moot.

His soup and my salad were brought by a bright, attentive young woman who couldn’t say enough about how well Baby E was behaving.

The cup of soup was served steaming hot with a side of oyster crackers that Baby E also made quick work of. The soup conspicuously lacked one ingredient: pasta. Certainly, all minestrone can be different and it’s not to say that this soup needed another flavor or texture, but it was notable, regardless.

The breadsticks did not disappoint.

They were also served steaming hot and were soft, buttery, and garlicky. As they should be if I’m going to spend precious calories on a pre-meal bread product. We limited ourselves as best we could so that we would have extras to enjoy as part of our lunches that week.

Just in the nick of time, the entrees arrived. Baby boy was out of beans and was looking for his brand new toofins’ next victim. He found said victim in dada’s chicken Alfredo. The noodles, cooked perhaps just passed al dente, were swimming in cream sauce which had already drowned a sliced chicken breast.

I would characterize the dish as “safe” in that it was warm, creamy and substantial, but lacked the richness of flavor that a from-scratch dish boasts. Adding black pepper enhanced what was already there, but the mister’s version of this indulgent dish is still number one in my heart and my stomach.

While the boys were making a mess on their side of the table, I was making quick work of the lasagna Bolognese that I ordered. As I’ve mentioned before in this space, I appreciate a lasagna that has structural integrity and isn’t swimming in either sauce, cheese or both and doesn’t slide in to a cheesy, carb-y mess when a fork is introduced in to the equation. Locating my self-control once again, I saved approximately half of my serving to enjoy for lunch the next day.

Let’s talk turkey. I don’t besmirch a restaurant for making a buck. However, as time goes on, I am gaining an appreciation for establishments that can feed a family while not making me feel like we have to turn the heat down for the rest of the month in order to afford it. Don’t get me wrong, I’m happy to shell out the dollars to enjoy high quality, well-prepared food, but paying out the nose for meals I could make myself doesn’t compute. This is the space in which Tomato Brothers lives and indeed thrives.

Their diverse menu, while normally is reason to give me pause — after all, how good can one expect a restaurant to be at making Italian, Mexican and continental, all out of the same kitchen — is likely the reason for its popularity.

Given the size of the restaurant and number of families and large groups that were dining that night, it would appear as though they are pulling it off. As our little family grows, you can be sure to see us there more often.