In 2021, social turmoil crowded out academics in public schools 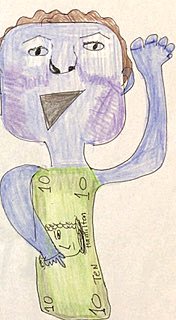 (This story has been updated to correct an error on how many East Lansing schools banned Halloween events in 2021. The correct number is six.)

In education, the time for taking stock is June. That’s the end of the academic year. Time for final examinations. Report cards. Graduations and diplomas. Academics is why schools exist.

But let’s be asynchronistic. Let’s look at schools over the calendar year 2021, now ending. This year schools won a huge amount of attention. The kind of attention my Greatest Generation father promised his children from time to time. He meant punishment. Likewise in the year gone by, attention the schools received was mainly about social turmoil.

Not limited to storefronts, the year 2021 plastered NOW HIRING signs on the schools. The State of Michigan asked an estimated 35K educators with valid teaching certificates, and “tens of thousands” of educators with expired certificates to return to class. With a less than a 10 percent response, the Michigan Department of Education had no better luck hiring than a fast food restaurant.

The teacher shortage is the end result of decades of educator abuse. The classroom became a jail when administrative positions became a separate classification of employment where for the most part doctorate degrees in administration prevailed over writing and arithmetic credentials and experience. Aspirations of teachers to help to run their districts were reduced to virtually nothing as schools became businesses. Then educators got dumped on publicly, as Republicans sought to dismantle the Michigan Education Association.

For hiring to pick up, the state must eat some crow and show classroom professionals respect.

In 2021, people were more involved with public education. Across America, they turned out in droves at school board meetings to discuss Critical Race Theory. That would have been impressive if people had known anything about the graduate school level theory that American institutions are riddled with racism. But they didn’t. In Michigan, people stormed the Grand Ledge school board meeting, stopping the vote to hire the new superintendent to demand that Critical Race Theory not be taught. Texas even passed a law to stop teaching it. These claims fabricated problems.

In September, a reminder of the emperor-has-no-clothes fable came when Lansing schools updated the dress code for young female students. I think administrators fell asleep in history class.

Since the 1960s chants of “Burn The Bra,” efforts to control young women through their fashions have backfired. Today’s young women know they have the right to defend themselves and protect their bodies. Shunning code language, they plainly say, “Get your hand off my booty.” They are bigger, stronger and more able to defend themselves. They feel their sexual power, and defend it. They talk about what is really happening: oppression & misogynism. Don’t worry, admin. These women students know what’s up. And, they know how to put it down.

October brought Halloween, but not to East Lansing’s six elementary schools. These principals banning Halloween actually got K.O.-ed in this round of the religious, cultural, racial and ethnic diversity fight.

November brought municipal elections in Michigan, amid general apathy in the City of Lansing. I wasn’t for the incumbent mayor, Andy Schor.  His first-term actions characterized him as the worst kind of student: the one who does things at the last minute, creating problems in his wake. Apparently Lansing voters — the conscientious but skimpy 21 percent who participated — disagreed. Schor won a second term, with a grade of D+.

The Read by Grade Three law empowered classroom teachers to determine which students needed more instruction with reading and could hold them back. COVID-19 made this very important as attendance on screens wavered. The 2016 law said a student not reading to grade level by the third grade would be retained in grade three. But a fudge factor, the Good Cause Exemption, meant parents could reverse the teacher’s decision.

Michigan Department of Education lobbyist Martin Ackley said the department does not know how many such exemptions exist. What could be a good cause for allowing a student to go forward in school without knowing how to read at grade level? Fact is, the lack of academic success keeps the school-to-prison pipeline flowing. Any parent that would file for an exemption should be locked up.

For the most part, parents are a problem, some educators say. That was clear in Oakland County where the Oxford High Schooxl mass shooting played out with the shooter’s parents egging him on.

Shopping from the NRA gift catalog, Jennifer Crumbley bought a handgun for her distressed 15-year-old son. Neither she nor her husband James locked it up. They poo-pooed the teacher’s alarm about their son researching ammunition on his phone in class and creating a drawing with “blood everywhere.”

After a showdown in the principal’s office, Mom texted her son, “I’m not mad at you. You have to learn not to get caught.”

Thank you, Oakland County Prosecutor Karen McDonald for charging the Crumbleys with involuntary manslaughter in the shooting deaths of four students. It’s past time that parents were held responsible for being irresponsible. Let’s continue that in the new year.

(Longtime journalist and educator Dedria Humphries Barker, of Lansing, is the the author of “Mother of Orphans: The True and Curious Story of Irish Alice, A Colored Man’s Widow.” Her opinion column appears monthly on the last Wednesday.)