In Praise of the Fungal Phoenix

How to hunt and cook morels 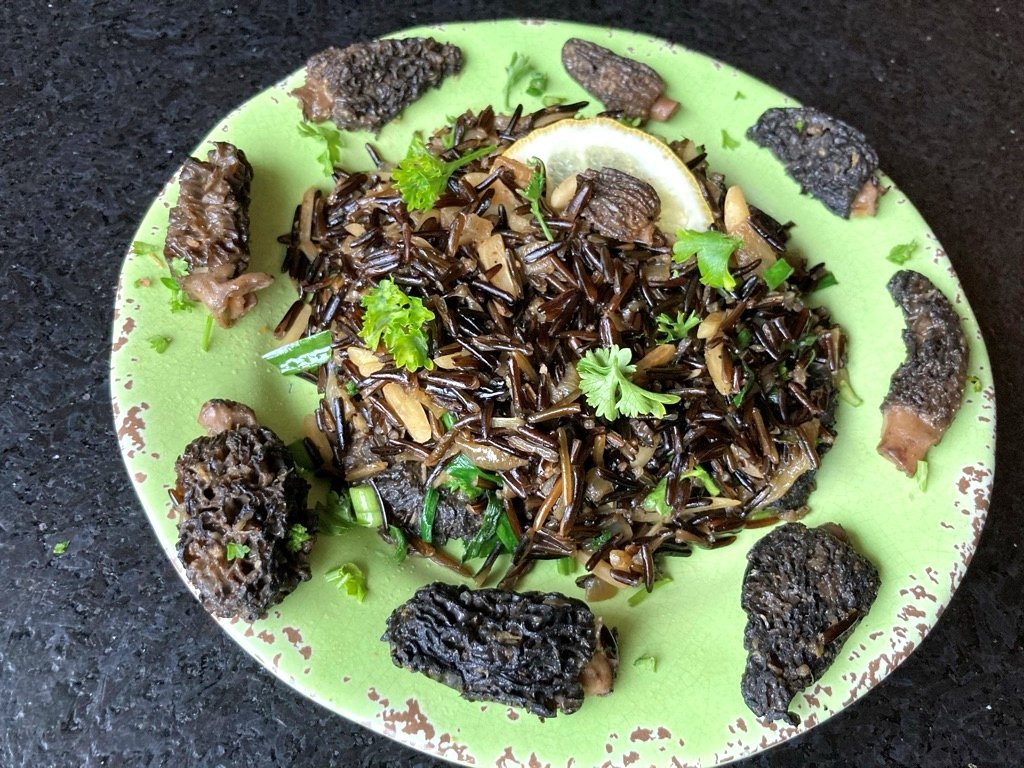 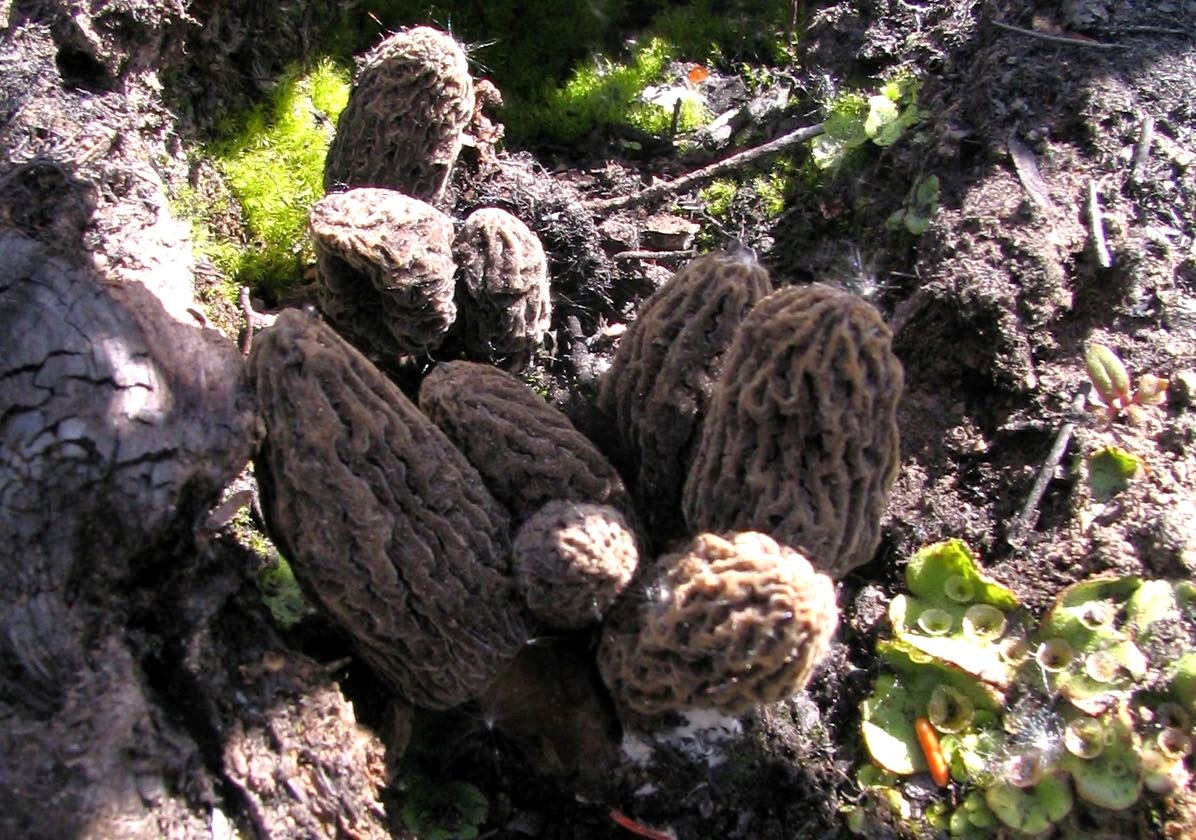 Morels have no psychoactive properties, but they are definitely magical. The caps have a brainy look that might make you feel like you’re hallucinating, but these whacky, whimsical mushrooms are for real and can cause real-life magic to happen. This is especially true if you are hunting them, but preparing morels can be an adventure too.
Morels are widely considered the finest tasting mushroom on the planet. Their meaty flavor and fleshy texture allow them to mix well with fat and wine and lend a soulful fungal aroma to soups.
Morels grow, and are hunted, on every continent except Antarctica. They could spring up anywhere, as long as the soil temperatures and moisture levels are right, but they prefer creek beds, disturbed ecosystems and the backyards of morel pickers. They appear in clusters, so if you find one, don’t move on until you’ve scanned the whole area.
Most of the morels picked, including the ones for sale at fancy markets, are known as phoneicoid morels, named after the phoenix. For reasons barely understood, these morels proliferate in the burned mountain forests of the West. When you go after them, you quickly look and smell like a burned forest yourself.
Finding morels is half art, half science and half persistence. It’s an ecological puzzle you solve by noting the elevation, slope angle, direction it faces and surrounding plant species — if any remain. Pine cones can look like morels and get your hopes up, but that’s why they call it mushroom hunting rather than picking.
Last week when I went hunting, the burn I chose was at too high an elevation, so the soil wasn’t warm enough. Big mistake. Back in town, I bought a nice basket of morels at a farmers market. Then I went to Diamond Jim’s Casino, which houses a small but well-appointed liquor store that carries the correct type of sherry for morel cooking.
Morels need sherry as much as they need butter. But not so-called “cooking sherry,” which tastes more like salt water. We need drinking sherry for morel cookery, but not the good stuff. High-end sherry does not offer any advantage over a $7 bottle of Fairbanks. But alas, on that day, Diamond Jim’s was out of stock.
As I stood crestfallen in Diamond Jim’s, a friend called my name. Being a great hunter of elk, morels and other wild things, I knew he would understand my plight. I explained to him, and the room in general, why I needed Fairbanks.
They just wanted to know where I had found them. Reflexively I spat out a false location, because they deserved to be lied to. Anybody foolish enough to ask a morel hunter where he found them, so they say, is foolish enough to believe the reply.
“I prefer vermouth,” offered the bartender. My head swiveled.
“For morels?” I asked. She nodded.
“Great!”
I’m happy to report that the bartender was correct.
Here’s a recipe for a dish I first ate by a campfire one rainy June night while camping with a bunch of pickers. There is a certain smell that’s only available around a fire, in the middle of a burned forest, in front of a pan of morels simmering in deep butter. It’s an ashy reminder that destruction can pave the way for new growth.
It blends a decadent morel sauté with wild rice, and the untamed flavor of sage.

Wild Things
This hearty, earthy recipe is good served with meat, but that’s hardly necessary. Ultimately, it’s a showcase for morels. If you have to buy them and they’re really expensive, you can make up the difference with regular button mushrooms or other wild mushrooms, like oyster or porcini.
For a sumptuous, saucy alternative, skip the wild rice and almonds and add a cup of heavy cream to the sauteed mushrooms instead.

Add the rice and six cups of water to a pot with a tight-fitting lid. Cook it on medium until the water is gone and the rice is soft and splitting open, about 50 minutes. If it’s still mildly hard and crunchy, add another cup of water and cook for another 15 minutes or so. Turn it off and let it sit with the lid on.
While the rice cooks, melt the butter in a pan on medium-high heat. Add the onions and layer the morels on top. After about five minutes, as the onions start to cook down, give it a stir. When the onions turn translucent and the pan starts to dry out (at about 10 minutes) add half of the sherry (or vermouth). Also add the stock, nutmeg, black pepper, salt, sage, soy sauce, lemon juice and zest. Simmer for about 20 minutes on medium. Add the other half cup of vermouth and simmer for 10 more minutes with the lid on.
While it simmers, trim and chop the parsley and chives.
When most of the liquid has evaporated from the pan, add the rice and stir. Add the almonds and give it another stir. Turn off the heat, stir in the parsley and chives and serve.