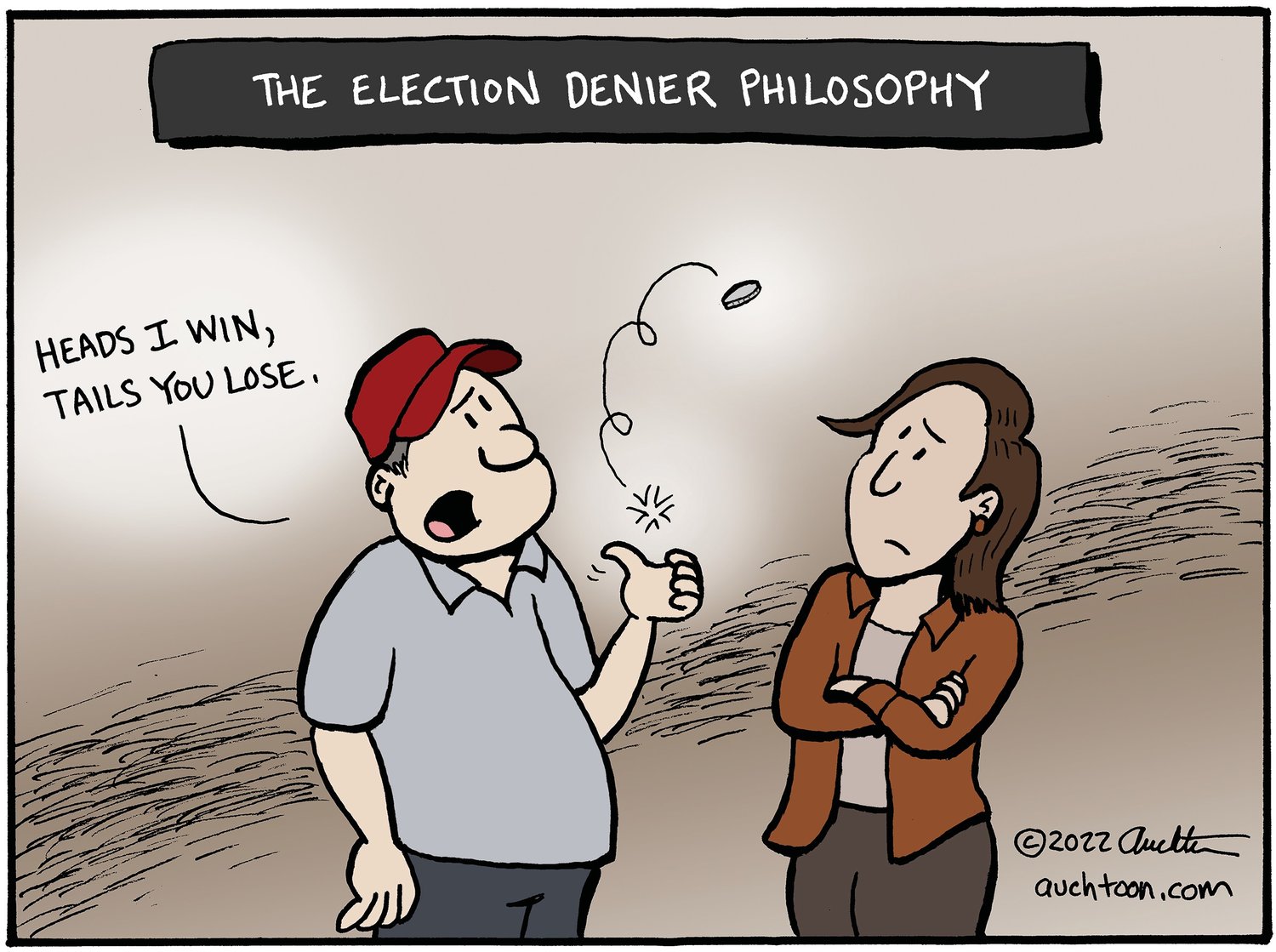 Posted Thursday, November 3, 2022 12:01 am
Staff
The war against Trumpism won’t be won in today's election. Indeed, the 2022 midterms may deal a setback to Americans of all political stripes who believe in the rule of law and rationality. But if we are ever to stop this slide into what increasingly resembles fascism, we must limit our losses in today's General Election. Turnout is going to be the key, whether in person or by absentee ballot.

Since mid-September, this page has set out the views of City Pulse on many races and ballot issues. Today, we offer a summary as well as endorsements of candidates for the Lansing school board and several judgeships.

Nationally, the most important race in Greater Lansing is for the new 7th Congressional District seat. Republicans may well win back the United States House of Representatives next week, but it is imperative we return Democrat Elissa Slotkin to Washington. She deserves a third term on the merits of her performance and willingness to work across the aisle, but more important is that she will fight for democratic values. Greater Lansing voters must turn out in order to prevent aiding Trumpism by electing Tom Barrett, a regressive, intolerant Republican.

Statewide, the opponents to incumbents Gov. Gretchen Whitmer, Attorney General Dana Nessel and Secretary of State Jocelyn Benson, all Democrats, are “a terrifying trio of Republican crackpots,” as our Oct. 26 editorial said.

Fortunately, Whitmer and Benson seem headed to victory over two election deniers. But Nessel — whose outspokenness coupled with her lesbianism have made her a particular target of Trumpism — is in a tight race against Matthew DePerno, who could well face criminal charges for his post-election efforts to undo President Biden’s legitimate victory. “The thought that such a completely delusional character could soon be Michigan’s chief legal officer is too disturbing to even contemplate,” our editorial said.

In the fight against Trumpism, it is particularly important to vote for state Rep. Julie Brixie, whose opponent, Norm Shinkle, abstained from certifying the 2020 presidential election as a Republican member of the state Board of Canvassers.

In the Lansing City Council race for the 1st Ward, we find both candidates very appealing but give the edge to Brian Daniels. Daniels will need to face the voters again next year. If he disappoints, we trust his worthy opponent, Ryan Kost, will be waiting in the wings to try again — if indeed Kost, who has been campaigning very hard, does not win this time around.

We also encourage Lansing voters to support both local ballot issues. In one, the Schor administration is asking property owners to make a sizeable commitment of $175 million over 30 years (close to $200 annually on a $100,000 home with a taxable value of $50,000) to build a badly needed public safety facility for police and courts as well as overhaul our fire stations. The other would ease eligibility standards for board and commission appointees who have felonies on their record. We see no reason upstanding citizens who have paid their debt to society should be barred from such service to the community.

Voters statewide will determine whether to shelve an archaic 1931 state law that bans abortion in favor of the hands-off approach that Proposal 3 offers, which we favor. We also support the other two proposals, one that would expand voting rights, and the other reform term limits.

In Lansing, we commiserate with voters on finding three worthy candidates to fill three seats on the Board of Education for full six-year terms. We have two and a half good candidates. We support incumbent Caitlin Cavanaugh, who was appointed this year, and newcomer Kurt Richardson, both of whom have the backing of the Michigan Education Association.

We support Ryan Smith for the third seat, but must point out that he sends his own children to school in East Lansing. Still, we find him less flawed than Anthony Strevett, who belongs to the antigay New Hope Church and sees no problem with the church’s policy of banning men from leadership positions.  As for Rick Wendorf, a picture says a thousand words, as did our photo last week of campaign signs on Wendorf’s lawn supporting Barrett and GOP gubernatorial candidate Tudor Dixon.

In the 54A District races, we support the incumbents Kristen Simmons and Tony Flores to serve full six-year terms, on the theory that they have already begun to learn the job. And we encourage the third candidate, City Councilmember Brian Jackson, to fulfill the four-year term to which 4th Ward voters elected him just two years ago.

In the 30th Circuit Court race, where both candidates are qualified, we encourage support for Christopher Wickman, who has the backing of local Democrats.

We urge your vote for Alan Fox to continue as Ingham County treasurer. Fox is a progressive Democrat who was elevated from deputy when longtime Treasurer Eric Schertzing stepped down this year.

Finally, we strongly encourage support for Democrat Brooke Locke in the new District 15 race for the Ingham County Board of Commissioners over Monica Schafer, a polarizing right-to-lifer.