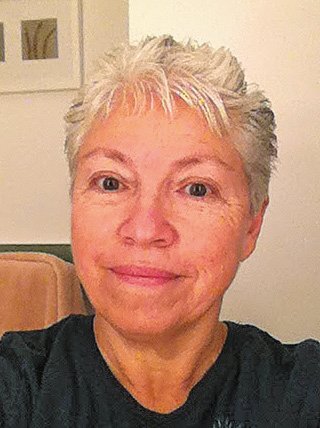 (The writer, an Okemos resident, is the mother of murder victim Jeffrey Ballor.)

“The dead cannot cry out for justice, it’s up to the living to do so for them.” — Lois McMaster Bujold

On Tuesday (April 20) at 2 p.m., sentencing by Ingham County Circuit Judge Clinton Canady is scheduled for Zachery Diederichs for the most recent double homicide plea deal down to second-degree murder given by Prosecutor Carol Siemon. This is nothing new. Since she took office in 2017, Siemon has been sidestepping Michigan’s automatic Life in Prison Without Parole sentence for first-degree murder convictions by giving across the board/blanket plea deals to all murder offenders regardless of the heinous crimes they commit.

This action deprives victims of jury trials and assures offenders they will not face LWOP sentences (per her belief that no one should spend one’s life in prison). There is hope that Judge Canady will step in to consider the law and the merits of this case and reject the plea deal allowing unbiased justice to prevail through a jury trial for these victims.

Even the most extreme in their attempt to use leniency to reform the judicial system and reduce prison population surely must recognize that a strong line should be drawn at brutal murder. Unlike other crimes where restitution of some sort may be possible, murder is a crime of no return. There is no recovery, no restitution to bring back the dead. The crime of murder should stand apart from all other crimes when assessing prosecution and punishment as was intended with Michigan’s LWOP law.

Perhaps there is an argument for leniency for nonviolent crimes, but I ask you, the voters in Ingham county, don’t we need to take exception when it comes to violence, especially murder? Do we not have an expectation in Michigan that the job of a prosecutor is to prosecute to the full extent as the law allows? We are not asking for a conviction, but only the assignment of a jury of 12 peers to decide guilt and innocence of an offender based on evidence rather than allowing a prosecutor to predetermine an outcome.

Failure on the part of our prosecutor to provide her written policy on plea deals and an accounting of the plea deals she has given has kept the public in the dark with awareness only spread through media reports and personal encounters of co-victims during court proceedings. Is it too much to ask for the prosecutor to provide transparency? Is it too much to ask that the prosecutor set aside her personal agenda and start abiding by the very values she states on the Ingham County website to evaluate cases based on merits and keep with her oath to uphold the law? What are the rights of murder victims in Ingham County when a prosecutor is allowed to use her discretionary power to act as legislator, prosecutor, judge and jury to carry out her personal beliefs? Is justice as decided by an unbiased jury too much to ask for?