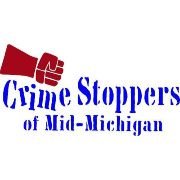 Courtesy
Posted Wednesday, November 10, 2021 12:00 am
Board of Directors at Crimestoppers of Mid-Michigan

(This is a joint op-ed from the board of directors at Crimestoppers of Mid-Michigan, a 501(c)3 nonprofit organization organized in 1989 with a goal to make Ingham, Eaton, Clinton, Jackson and Shiawassee counties a safer place to live and work.)

The city of Lansing reported its 21st murder of the year in mid-September, and in many of these incidents, a firearm was the weapon used. Sadly, these violent crimes are happening across the counties that Crimestoppers of Mid-Michigan represents, as well as the state and nation.

The Crimestoppers of Mid-Michigan board of directors is alarmed when any prosecutor decides that the Legislature was misguided in establishing statutes used in virtually every other Michigan county, specifically the Michigan motor vehicle code and the felony firearms statute, and institutes policies in direct conflict with established laws.

We encourage the Ingham County prosecutor to reevaluate these policies and begin to enforce all current laws on the books to make Ingham County and neighboring communities safer places to live and work.

Crimestoppers believes that our law enforcement agencies should be able to access and utilize every tool made available to them by the Legislature as well as the financial resources made available at all levels of government.

The Crimestoppers board of directors believes that: the Ingham County prosecutor’s adoption of the policies described below is misguided and leads to an increase in crime in Ingham County and neighboring communities as well as elevating the danger to the law enforcement community. The policies at issue, adopted by the Ingham County Prosecutor, include:

— No longer issuing charges for contraband legally discovered during routine traffic stops, if the traffic stop was made for only faulty equipment or other non-public safety reasons.

— No longer issuing felony firearms charges when the suspect or suspects are armed with a firearm, whether actually used in the commission of that felony, only issued under the most extreme circumstances.

These policies are opposed by many in our community, including a wide spectrum of the law enforcement community as well as many surviving victims of gun violence. Many of these crimes have occurred in the city of Lansing, and Mayor Andy Schor has asked the prosecutor to reconsider these policies.