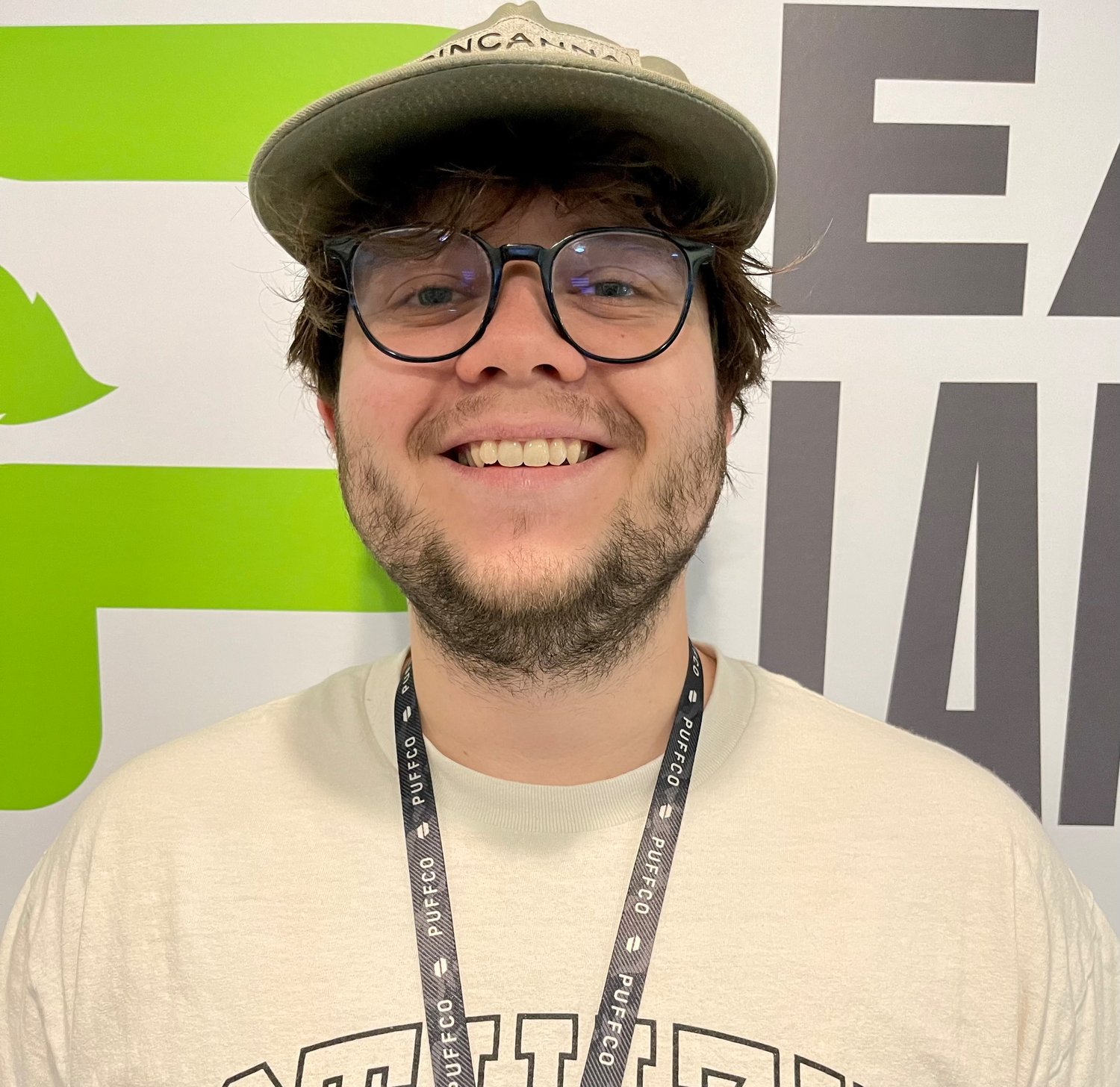 Spencer Donley is a budtender at Pincanna in East Lansing.
Courtesy photo
Posted Thursday, August 18, 2022 12:00 am

“My dad was among the first registered caregivers in the state,” Donley said. “We had an indoor grow, so we had a whole facility. He started letting me water the plants and work around them. I was just happy to be a part of the cultivation aspect of it.” ”
Lansterdam Profile:

Top of the Town contest reminder

Be sure to vote for your favorite local budtender in the 2022 Top of the Town Contest.

It kicks off in City Pulse’s Sept. 14 issue!

Budtender Spencer Donley was drawn to the budding world of cannabis years before his official start in the industry, with a little help from his family.

“My dad was among the first registered caregivers in the state,” Donley said. “We had an indoor grow, so we had a whole facility. He started letting me water the plants and work around them. I was just happy to be a part of the cultivation aspect of it.”

Donley, 23, quickly realized he had a natural green thumb, but he shelved his passion for several years while he worked a series of what he described as “dead-end jobs.”

“I served at numerous restaurants here in East Lansing for a number of years, and I was just kind of burned out in the restaurant space,” Donley recalled. “So, I decided to hop over to something I was actually passionate about.”

When he decided to step back into the cannabis world, he did so with perfect timing. The Botanical Co., a then-new Lansing dispensary, was gearing up to open its doors.

“I got to open up their dispensary with them,” Donley said. “That was kind of my first endeavor into the industry.”

Donley said he originally planned to work in the growing aspect of the industry but ended up learning to do retail. Now, he works as a budtender at Pincanna, 1234 E. Grand River Ave., East Lansing. Despite this, he says his roots will always lie in cultivation.

Since he got his start, the cannabis market has changed quite a bit. Donley said one of those evolutions is that marijuana is getting cheaper in the Lansing area.

“I feel like cannabis is maybe, a little bit, losing its value,” Donley said. “There's just so much saturation in the area. That's why prices are going lower and lower. It's because we're in competition.”

While the market competition in the area is intense, Donley said Pincanna has two key factors that set it apart from other dispensaries: their team’s knowledge and the overall environment inside of the retail space.

“I would say there's a lot of places that have modeled each other very similarly. They're all a pretty similar setup,” Donley said. “Pincanna is pretty cool because we have a neat vibe and energy here that many of our regulars say they can't find anywhere else.

According to Donley, Pincanna gets the “upper hand” because it has access to the processing and cultivation of its products.

Other dispensaries “are just sourcing other people's material. They might not know as much about stuff,” Donley said.

Donley said that for those looking to get into the biz, to be a good budtender, one must be wholly invested in what they’re selling — but that’s not all.

“We’ve got to be in touch with the customer base as well,” Donley added. “In East Lansing, specifically, since our clients are typically around my age, we kind of have an understanding with each other, which is pretty cool.”

When it comes to making recommendations to customers, Donley said his favorite products are concentrates.

“A lot of people are really intimidated by concentrates because it's a little bit of a process to get into,” Donley said. “Most people are savvy with smoking the actual flower itself. Concentrates are a step above that, but that's my favorite. I love it.”

When he’s not helping clients at Pincanna, Donley said he is busy attending Northwood University. Fittingly, he is working toward a bachelor’s degree in business administration. He said he hopes to become more involved in the creative and marketing side of the industry once he completes his degree.

“I definitely plan on moving up in the industry in general,” Donley said. “My goal is to be involved on the creative side of the local cannabis industry. I want to continue to be in this space. That’s my plan. To stick around and keep working and networking and connecting with people.”