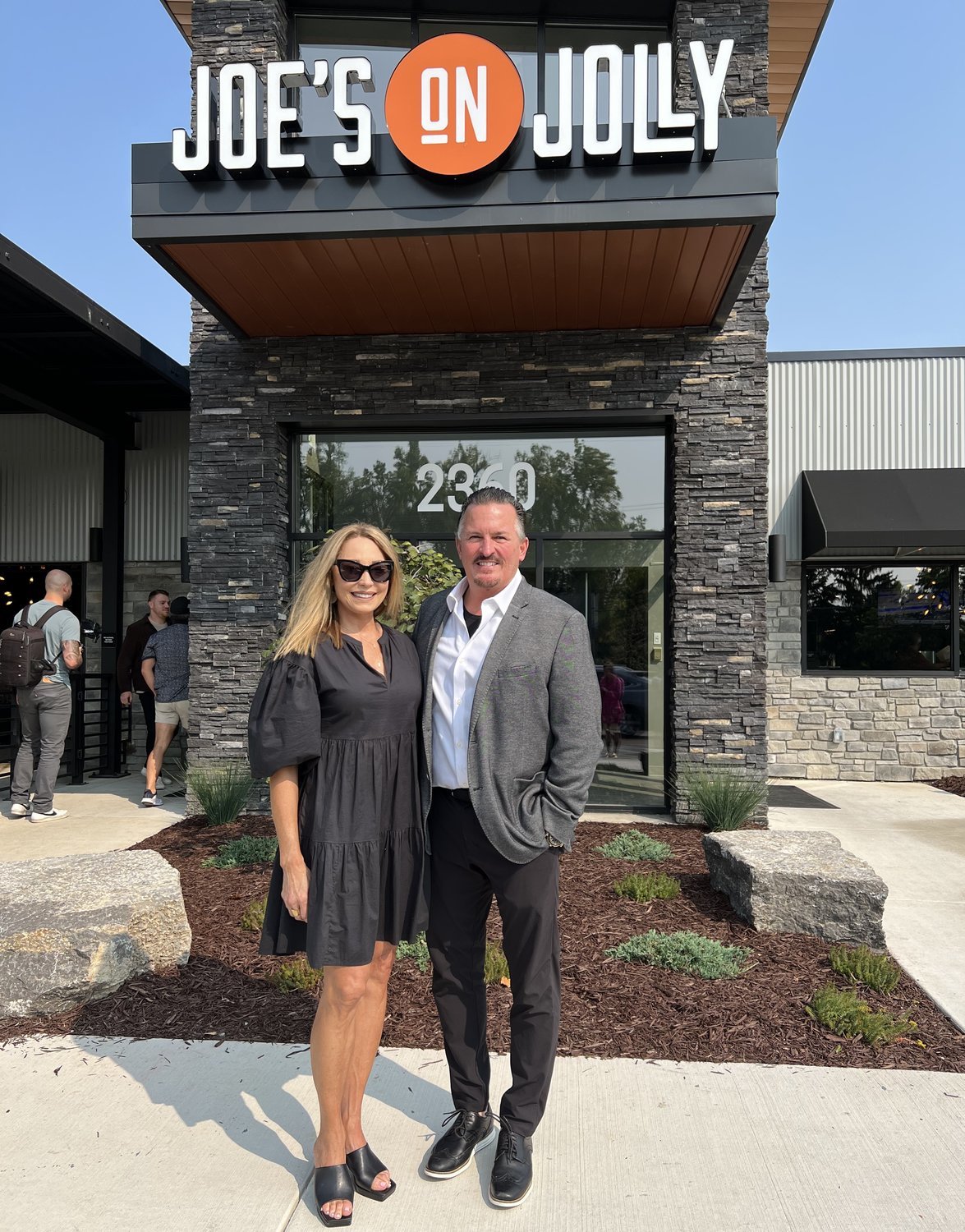 "... Mr. She Ate, fresh off a Melting Moments ice cream sandwich at the game, chose the poke bowl ($16). He developed a love for poke during our trip to Hawaii last summer; if you’re unfamiliar with what it is, the Joe’s version is a classic introduction. A bed of rice ..."

She ate, at Joe's on Jolly 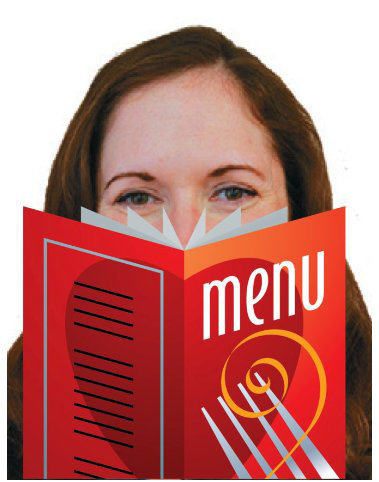 Although it isn’t particularly convenient for me, I believe Joe’s on Jolly has been able to find itself a perfect location. It’s close to the highway, within spitting distance of several subdivisions where I’d wager there’s a fair amount of disposable income but also close enough to campus to draw students on their own as well as parents who come to visit. That area was hungry for something a little sports bar-esque, but with good food, and Joe’s is stepping beautifully into that role.

My most recent visit to Joe’s was under difficult circumstances. I met my mother-in-law and my two children, and we ordered appetizers and kid’s meals and eventually ordered our own entrées as we waited for the rest of the party, who were taking their sweet time leaving the Breslin Center after a basketball game. I was mortified, but our server could not have been more gracious, and I appreciated it. My children gobbled up the chicken fingers and cheese pizza, no surprise there, but also ate the seasoned fries, which was new territory for them and something that put a bit of luster back on the penny.

For appetizers, we chose the Na-Joes ($11) and the giant pretzel ($14). Mr. She Ate and I had tried the pretzel on a trip to Joe’s a few months prior, so we knew everyone was in for a treat. To be honest, pretzels generally don’t do anything to turn my head. I find them to be dry to the point of being nearly inedible. This version is totally different, though. I fear that calling it “greasy” gives the wrong impression when it is the greasiness that imparts flavor and moisture. Please don’t be dissuaded by my use of the word, because the giant pretzel is one of the best things I’ve tried on the menu.

The actual best thing I’ve tried is the Na-Joes. The menu description claims a base of house-made tortilla chips, which are fantastic. They’re super thin, super crunchy and covered with the perfect amount of salt. They’re topped with typical nacho ingredients — cheese, shredded lettuce, tomato, scallions, cilantro, sliced jalapeno, black beans, sour cream and salsa, all of which are fresh and flavorful. If you’re looking for a filling, fun, meatless meal, check this out. You can also add a protein if you’re so inclined.

I completed my meal with the kale and quinoa salad ($14), which was so large that, after taking bites of the appetizers and sampling my children’s food (you know, for safety), I could barely make a dent. I love a massaged kale salad, and this version is no exception. Yes, I said massaged. Kale can be tough and chewy, but if you throw a bit of oil or lemon juice onto the leaves after stripping them from the stems and massage them with your fingertips for a few moments, they become more vibrant in color and much easier to eat.

Mr. She Ate, fresh off a Melting Moments ice cream sandwich at the game, chose the poke bowl ($16). He developed a love for poke during our trip to Hawaii last summer; if you’re unfamiliar with what it is, the Joe’s version is a classic introduction. A bed of rice is heaped with arugula, edamame, avocado, sliced cherry tomatoes, scallions, cucumber and tuna tartare, drizzled with soy and chili oil and sprinkled with sesame seeds. While he claimed that it was “no North Shore poke,” I told him to leave his snobbery at the door and give me a bite of his food.

My dad loved the elevated mushroom burger ($18), especially the umami-packed addition of caramelized onions and the creaminess of the brie. His wife chose the fried chicken sandwich ($15), which was approximately the size of my daughter’s entire body and just as tasty as the beef. We ate early because all later reservations were taken, but I’m thrilled that Joe’s actually takes reservations (and needs them) because business appears to be booming.

He ate, at Joe's on Jolly 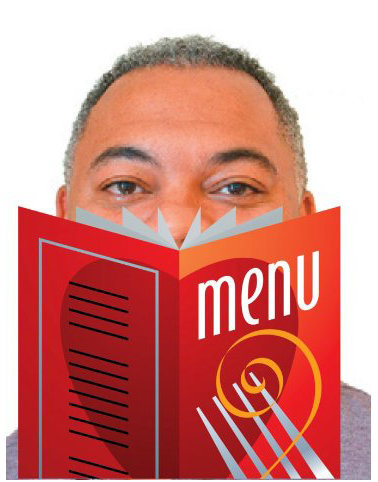 Sometimes, you want to go where everybody knows your name. I’m sure you’re now singing the theme song of America’s favorite sitcom dive bar, with visions of regulars seated along the rail and friendly staff having as much fun as the clientele. What likely doesn’t come to mind when considering the bar scenes from “Cheers” is the food, which was rarely a focus outside of popcorn. Over time, dive bars have taken food far more seriously. Locally, burger baskets, cheese curds and fried pickles are popular items on bar menus, but recently, some dives have attempted to step up the quality of their gastronomic offerings.

Such is the case with the newly opened Joe’s on Jolly in Okemos, a self-described “elevated” dive bar. Joe’s has a modern, open feel, with a sunken bar and plenty of outdoor seating that looks like an ideal summer watering hole. There’s also a private dining and reception space that was hosting an office party. Our server was pleasant, and service was expedient, but the star of the show was the house-made and locally sourced ingredients.

As a true olive burger aficionado, the version at Joe’s ($18) just didn’t do it for me. Traditionalists typically prefer the olives and mayo to be mixed into a delectable sauce, but this mixed-olive tapenade sat atop the melted cheese, and the mayo and lettuce sat below the burger. The grilled brioche bun was a nice touch, and the burger was cooked to perfection, but overall, it was a tad too bougie for me.

The smoked tomato-basil soup ($8) was highly acidic, peppery and a bit too chunky for my better half’s taste. She went searching for a smoky infusion of flavor or a sweet hint of basil but found neither in any spoonful she ate. She did enjoy dipping the Adult Grilled Cheese into the soup, but more so for the additional flavor it added to the sandwich — not so much on its own merits.

Joe’s has a solid happy hour with discounted appetizers and drinks. My dining companions enjoyed the crispy Brussels sprouts ($10), which had a nice char and a lovely presentation. The bright green orbs were topped with sliced red chiles, and the accompanying garlic aioli had a mild, vinegary tang. Joe Mama’s Bang-Bang Shrimp ($12) were smaller than I anticipated, more like rock shrimp, but were lightly battered and paired nicely with Sriracha mayo. The shrimp were firm but not overcooked and were served on a bed of Asian slaw drizzled with sesame oil, rice vinegar and a dash of heat. The kid’s pizza ($8) was a pleasant surprise. A slightly charcoaled bottom was evidence of house-made dough. The pie had a solid layer of cheese and sauce, and my littles were pleased.

Joe’s has really good fries, and we tried three different varieties. Crispy and firm, the regular fries were lightly seasoned with salt and pepper. The Parmesan-truffle fries ($4 upgrade) were a big hit with the 2-year-old, who ate them all. Unfortunately, she’s also the only one who can’t speak in full sentences. But take it from the mouth (and stomach) of babes — she devoured those fries and didn’t save a speck for anyone else.

The Adult Grilled Cheese ($12) was amazing. The Texas toast was buttery goodness — crispy on the outside, soft on the inside. The handheld was packed with tomatoes, bacon and cheese. Speaking of bacon, it was thick, flavorful and just well-done enough to sit comfortably between chewy and crispy. This cheese sammy was served with sweet potato fries that were firm and sugary, with a pleasant sprinkle of large sea salt crystals.

I rarely order dessert with dinner, because I like to satiate my sweet tooth at bakeries where the sole focus is confections. However, that may change if I encounter more options like the sticky toffee bread pudding ($10) at Joe’s. The bread is clearly soaked in a bath of yumminess, with candied pecans and deep, rich dark chocolate folded in. It’s then covered with rum-caramel sauce and cozied up with a scoop of rich vanilla bean ice cream. Go get yourself some.

She ate / He ate: Taking a bite of the competition