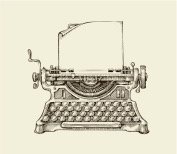 Kudos to Judge Aquilina for her comments on WLNS TV regarding the actions of Ingham County prosecutor Siemon. The judge’s criticism probably hastened the latter’s resignation by two years, and gave a sigh of relief to all the police officers who work diligently to investigate crimes that she invariably dismisses or allows pleas to lesser crimes.
The judge said, “Prosecutor Siemon is seeking plea deals that are leaving
communities unsafe. She doesn’t believe in life offenses. If someone has an offense that should be charged as a life offense, it should be done in accordance with the law. If she wants to change the law, she should run for the legislature.”
I think Judge Aquilina should be MSU’s next president.