Lansing cops don’t wear masks. What else are they ignoring? 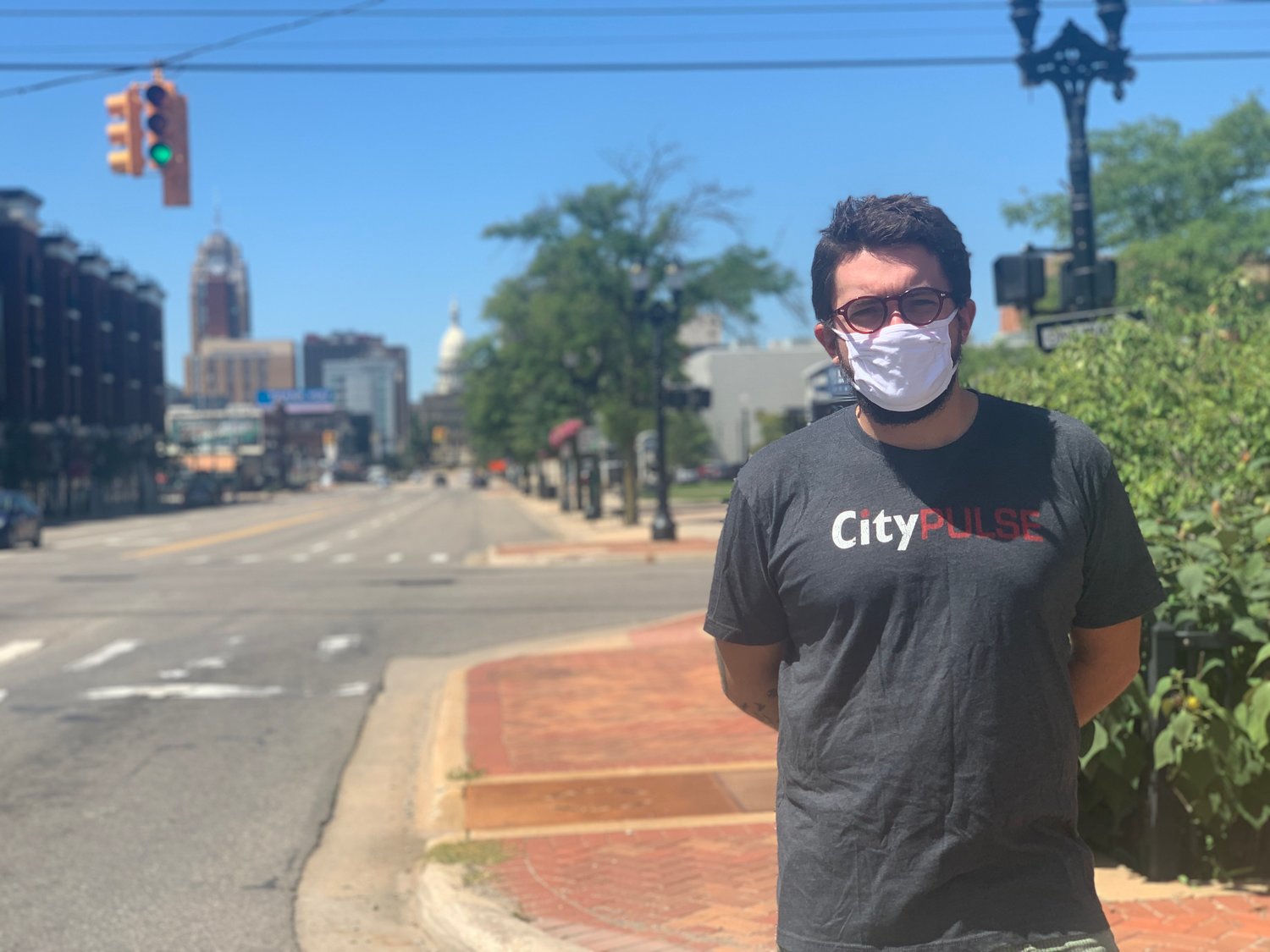 (The author is a staff writer for City Pulse)

WEDNESDAY, Aug. 12 — In a jarring case of mistaken identity, several maskless cops at the Lansing Police Department escorted me out a parked car outside my downtown apartment yesterday, pointed guns at my back and forced me well within six feet of officers as I was cuffed and loaded into the backseat of a police SUV.

I’ve been stopped for speeding, ticketed for a fender bender and even been chest-bumped by a cop who wasn’t too thrilled to see me drinking in public as a teenage college kid. But yesterday was the first time I’ve been forced to look down the barrel of a gun, let alone six of them at once.

While the experience was admittedly traumatic, it wasn’t so much because of the guns or the shouting or the handcuffs. My concerns — which are now shared by Police Chief Daryl Green — is about a total disconnect between top brass and beat cops in this city during a health crisis.

As I later learned, my car had reportedly matched the description of a suspect in a shooting that had just occurred a few blocks east. I was just in the wrong place at the wrong time, officers repeatedly suggested — and then later confirmed after they learned I was a news reporter.

I’ve covered the criminal justice system for years. I know what a felony traffic stop looks like. I know they require an abundance of caution, not only for the protection of cops, but also for anyone in the immediate vicinity. Peaceful compliance is essential to keeping tensions low. I wasn’t the guy they were looking for yesterday; I just had to ensure they also got the message.

But when I saw at least five maskless cops shouting in my rearview mirror, it was difficult to understand how any of them could be totally committed to “protecting and serving” this city.

The complete lack of compliance with basic safety protocols during a global health crisis showcases an alarming disregard for the safety of both citizens and their fellow officers. The bigger problem, however, is the likelihood that this might not be an isolated incident. It just happened to victimize a newspaper reporter willing to call out cops on their bullshit policies.

LPD conducted more than 6,800 traffic stops last year. And if they’re keeping up that same pace this year, more than 4,500 people have been stopped by local cops over the last eight months. It begs the question: How many others were forced to interact with a uniformed contagion risk? And what other internal policies are being routinely ignored by officers on the street in Lansing?

Green caught word of the incident and personally called to check in with me later in the evening. Cops in this city are supposed to wear masks, particularly when they come within six feet of citizens, he emphasized. He also promised to investigate and discipline any officers who failed to adhere to that standard — a proactive move from a top cop who knew a story was imminent.

I’m supposed to be speaking with an internal affairs investigator later this afternoon. But regardless of what happens, I don’t have a lot of confidence in cops’ disciplining other cops. Maybe Officer Glenn Briggs will get a two-day suspension for refusing requests to stay six feet away from my fiancée. Maybe they’ll have to watch a webinar on how to wear a face covering.

The more concerning takeaway for me? It appears that cops in this city feel they’re above their own policy standards. How many other internal rules are being distributed, read and broken?

Green and other top officials were sure to wear their masks when news cameras were turned on and they were speaking about new accountability standards at City Hall yesterday afternoon. A few hours later, a disregard for policies was put on display in the middle of Michigan Avenue.

Given the supposed focus on police reforms in recent weeks, the disconnect is disheartening.

Yesterday, I said I expected better from LPD. But today, I’m not entirely sure where that expectation is coming from. It’s nice to write up progressive policies and brag about them on the news, but when they’re not being followed down the ranks, it shows they’re just empty gestures.

The experience, while admittedly traumatic, was also eye opening. I’m not pretending to relate to the experiences of Black and brown people in this city who have been systematically targeted by law enforcement. My experience pales in comparison. But as a white man who doesn’t usually have to deal with aggressive cops, it offered a small taste of total powerlessness, and I can only imagine how things might have ended had my skin been a few shades darker.

(Check back later this week for continued coverage on the internal affairs investigation at LPD.)