Lansing rolls out the Mayor’s Arts and Culture Commission 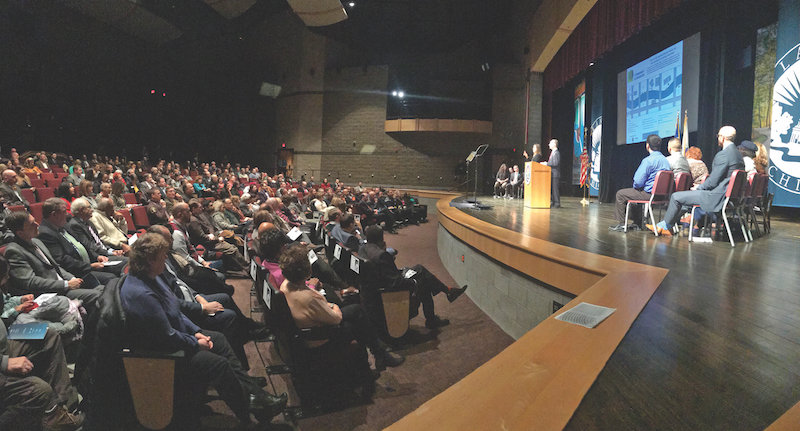 CORRECTION: Due to a typographical error, part of a sentence mentioning Courtney Millbrook's involvement with the American Cancer Society was placed in Erin Schor's bio. Millbrook, not Schor, is associated with the group.

Twenty-eight different creative Lansing minds are melding to foster advancement of the arts in Lansing. Foreshadowed by Mayor Schor’s first State of the City address, the Mayor’s Arts and Culture Commission has been formally rolled out as Schor’s third executive order.

“We plan to do a whole lot more with public art, the performing arts, and any other form of art or culture,” Schor said. “We have a lot of talent and we're going to utilize it.”

Along with the executive order, the city has released the commission’s charter, outlining the tentative mechanisms of the group. The commission’s mission statement details five steps: “Develop and recommend an arts and culture plan for the mayor, serve as a resource to the mayor on matters related to arts and culture, sponsor and organize events, recommend arts performance measures and develop proposed additions, deletions or modifications to this charter.”

Why inject the arts directly into city government? Ingham County Drain Commissioner Pat Lindemann, a former gallery owner himself and one of the new commission’s 28 members, said there’s a bounty of potential overarching economic benefits the city could reap.

“It's part of the plate. It’s what they call ‘a place-making process,’” Lindemann said. “For the city of Lansing to take a lead role in making that happen is a really good thing.”

Jack Davis, longtime Lansing Symphony Orchestra board member and arts donor, is also one of the 28 Mayor’s Art and Culture Commission members.

“The leadership from Lansing has been very important for us to add a lot of successful efforts in our area,” Davis said.

Schor plans to let the members take the reins.

“We're counting on these folks to raise issues, whether it’s promoting our jazz festivals, looking at the creation of performing arts centers, or talking about our musical scene,” Schor said. “I don’t want to limit their creativity.”

Alfredson’s fine art paintings have been featured in exhibitions hosted by galleries in Philadelphia, Brooklyn and Louisville.

Baumer is the executive vice president of the Capital Region Community Foundation, where she oversees placemaking projects.

Brinkman is the founder and executive director of REACH Studio Art Center, which has been running successful youth oriented arts education programs out of REO Town since 2003.

Cochran is the co-founder and co-director of the Capital City Film Festival, and the director of community media for the City of Lansing.

Collins is a communications director with AT&T, Michigan.

Harvey is the state archivist at the Michigan History Center in Lansing.

Hude operates Hude Legal Services, which focuses on the arts and nonprofits.

Jiles works with Lansing Art Gallery & Education Center and has over 10 years as an arts administrator specializing in youth programming.

Keith is the president and CEO of Lansing Entertainment & Public Facilities Authority.

Kvitko is a Russian-born photographer, composer and pianist with his own recording company, Blue Griffin.

Lilje is an associate professor of dance at MSU and the CEO of Happendance.

Lindemann has served as Ingham County Drain commissioner since 1992. He is also a leader of the arts activist group Art in the Wild. An artist himself, Lindemann once owned his own art gallery, the Gentle Side of Life.

Marriott is the owner and director of Opportunity Arts and the executive director of Davalois Fearon Dance.

Martinez is the dance director for Everett High School, and served for three years as an AmeriCorps VISTA for the City of Lansing Mayor's Office in Neighborhood revitalization. Clara also received the Artist in Community Grant in 2016 from the Arts Council of Greater Lansing.

Matt is the deputy director of the Eli & Edythe Broad Art Museum in East Lansing. Matt’s tenure with Broad saw the museum take on projects such as the new Broad Art Lab education center.

Muth is the president of Collegeville Textbook Co. and a member of the East Lansing Downtown Management board.

Nur Cooley is a Ph.D. student in the Department of Writing, Rhetoric and American Cultures at Michigan State University.

Pumphery, also known as Ozay Moore, is a performer, emcee and instructor with All of the Above Hip-Hop Academy.

Schor works as the legislative director for the Michigan Community College Association. She also serves as president of the Board of Education for the Ingham Intermediate School District. Schor is married to Mayor Andy Schor.

Schwartz is the founder, editor and publisher of City Pulse. Schwartz has worked in print for the past five decades, writing and editing for a variety of publications from Scripps Howard Newspapers’ Washington Bureau to the Philadelphia Bulletin.

Stuible-Clark is the manager of musical theater at the Wharton Center. Previously, she was adjunct faculty in voice at Saginaw Valley State University, and adjunct faculty at Lansing Community College.

Triplett-Gonzalez is the public policy director at Creative Many, an arts activism organization based in Michigan. Her focus at Creative Many sees her promoting art’s impact on local economic growth.

Whitney, who has worked with arts administrations for 15 years, serves as executive director of the Lansing Art Gallery & Education Center, where she focuses on leadership, management, fund development and public relations. Whitney is also an instructor at the Residential College in the Arts and Humanities at MSU.