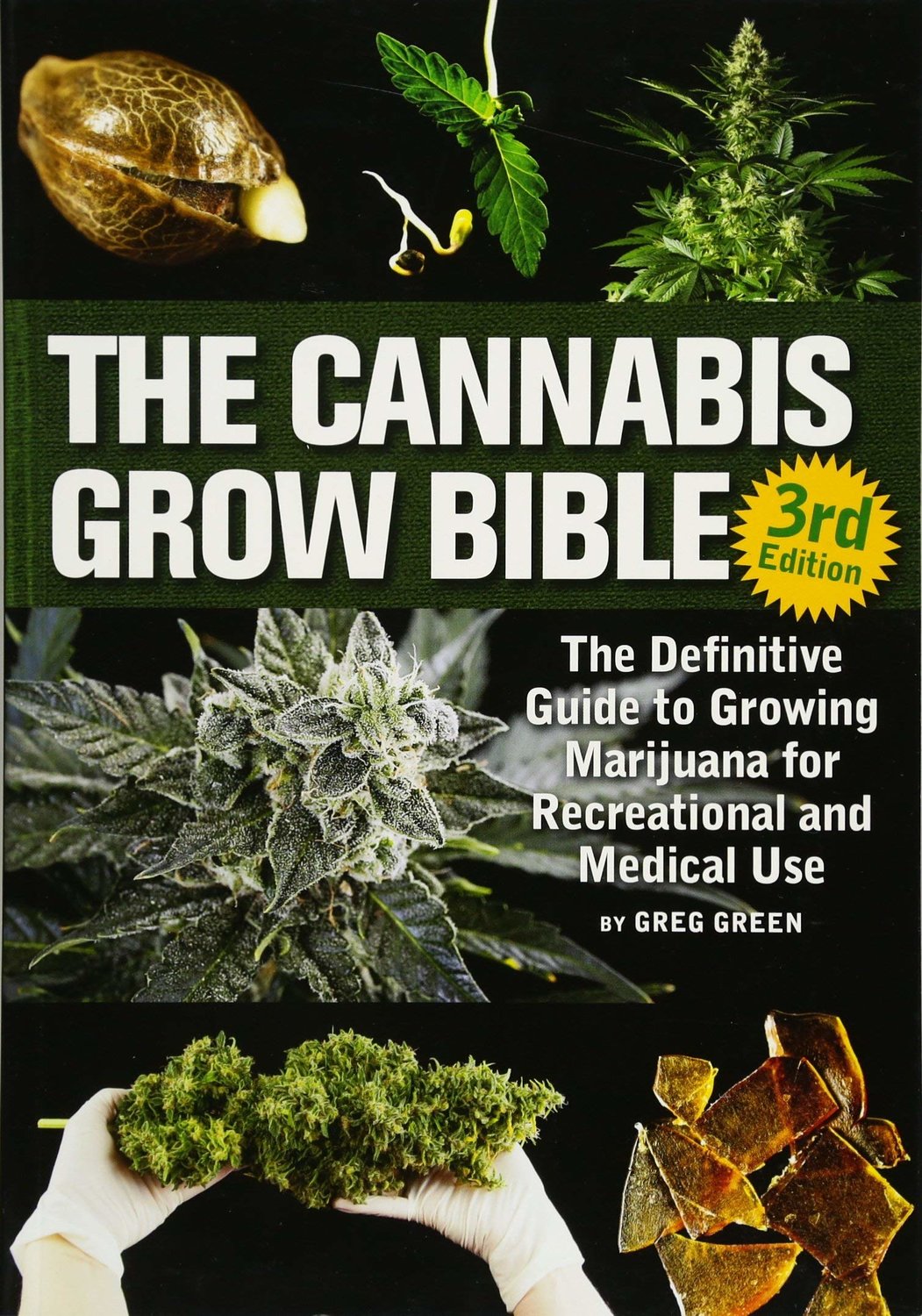 As the weather gets colder, there is no better time than now to curl up inside with a good book. For those looking to learn more about cannabis or the rocky road to legalization, check out some of these books that I highly recommend from a handful of bookstores and libraries in the Lansing area.

“The Cannabis Grow Bible: The Definitive Guide to Growing Marijuana for Recreational and Medicinal Use (3rd Edition),” by Greg Green 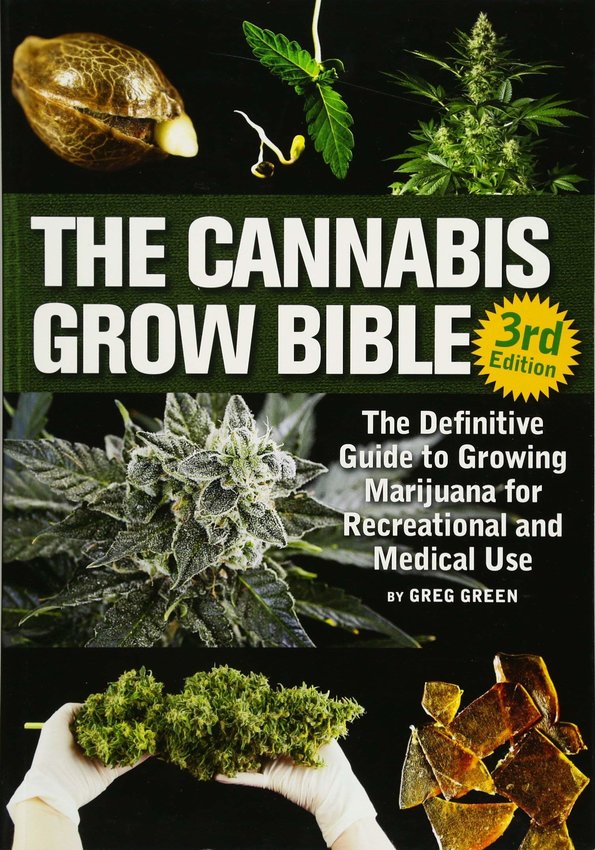 “The Cannabis Grow Bible” is considered the most comprehensive guide to cannabis. Author Greg Green uses his background in botany and plant horticulture to offer insight into all aspects of growing cannabis, from seed selection to extraction. Since the first edition was published in 2000, more than 200 pages have been added to reflect the current trends and technologies of the cannabis industry. This textbook-sized guide offers readers a chance to learn more about the ins and outs of “cannabis gardening” or perfect their own grow. Folks in the Lansing area with a Capital Area District Library card can access this book for free at several locations across the city. Visit CADL.org and use the search engine to find a copy of the book in your area.

“Cannabis: The Illegalization of Weed in America,” by Box Brown 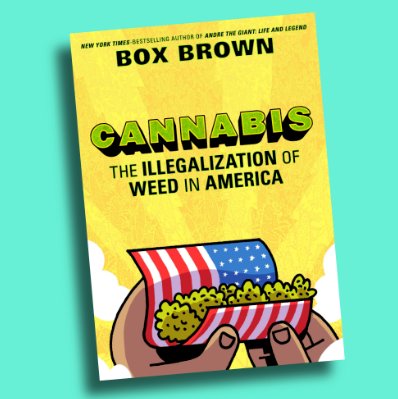 A personal favorite of mine, “Cannabis: The Illegalization of Weed in America” is a nonfiction graphic novel that discusses the history of cannabis legalization in the United States and the racism that is linked with it. Philadelphia-based comic writer and illustrator Box Brown offers historical context on how cannabis was introduced to the U.S. through hemp farming during the early 1500s and eventually made its way through immigrant labor forces, where it was shared with Black laborers. Shortly after this, American lawmakers (like Harry J. Anslinger, former commissioner of the Federal Bureau of Narcotics) publicly denounced cannabis as the vice of “inferior races” (yikes). This began an era of propaganda that was designed to create a moral panic about the dangers of cannabis, which eventually led to the drug’s Schedule I classification during Ronald Regan’s presidency. Since that classification, hundreds of thousands of young Black men have been disproportionately targeted and sent to prison for minor infractions. The Last Prisoner Project, an organization whose work focuses on freeing those imprisoned for cannabis-related infractions, estimates that the number of individuals incarcerated for cannabis in the US at any moment is higher than 40,000.

“The Secret History of the War on Weed,” by Gerry Duggan, Brian Posehn and Scott Koblish 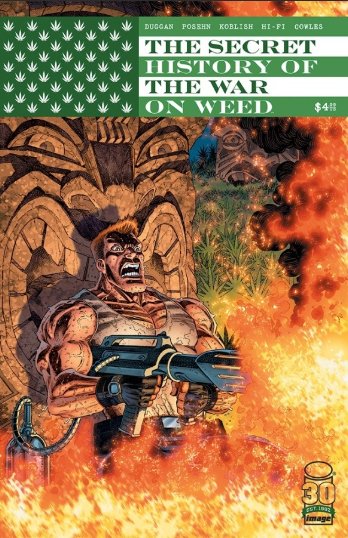 Taking place in Northern California in 1985, Scotch McTiernan is the military’s “secret weapon” in the War on Drugs. That is, until he tries cannabis for the first time and realizes the ugly truth about his Nancy Regan-inspired boss. This goofy stoner comic is brought to you by part of the team responsible for “Deadpool’s” comedic quips (Duggan and Posehn) and badass art (Koblish) as well as many other favorites from the Marvel and DC Universes. A portion of the proceeds from the book goes toward organizations dedicated to helping the casualties of the drug war. Those looking to pick up either “The Secret History of the War on Weed” or “Cannabis: The Illegalization of Weed in America” should head over to one of the best comic book shops in Lansing, Summit Comics.

“The New Jim Crow: Mass Incarceration in the Age of Colorblindness,” by Michelle Alexander 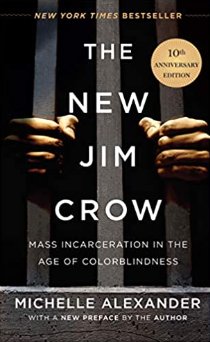 First published in 2010, Michelle Alexander’s book outlines how the Reagan administration exploited hysteria over crack cocaine in the 1980s to demonize Black communities. This demonization was so vile that the terms “Black” and “crime” almost became interchangeable. Since its debut, Alexander’s book has been cited in several judicial decisions and adopted into the curriculum of multiple universities. Alongside being an award-winning author, Alexander is also a highly acclaimed civil rights lawyer, advocate and legal scholar. Folks interested in snagging their own copy of the book should head over to the minority and woman-owned The Resistance bookstore or its website, theresistancereads.com.

“Bong Appétit: Mastering the Art of Cooking with Weed” by editors of Munchies (VICE) 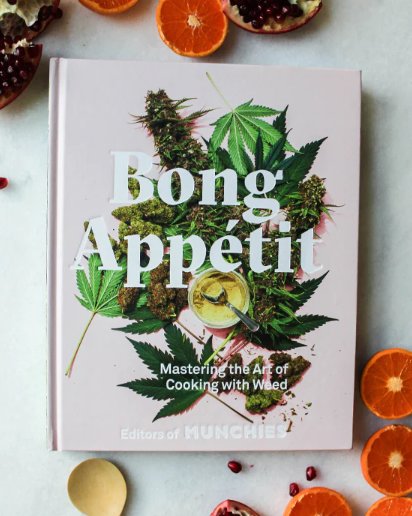 Inspired by VICE’s popular cannabis cooking show of the same name, “Bong Appétit” features 65 cannabis-infused recipes. From brownie sundaes to French bread pizza to cocktails, this tantalizing cookbook teaches newbies and veteran stoners alike how to combine cannabis into their favorite foods. “Bong Appétit” discusses the science of cannabis infusion as well as dosage, how to pair different strains with specific foods and terpene and flavor combinations. This cookbook can be found at Hooked, a new-ish bookstore in town that also carries a wide array of wine, coffee and small bites. Those partial to online shopping can find the book at hookedlansing.com.