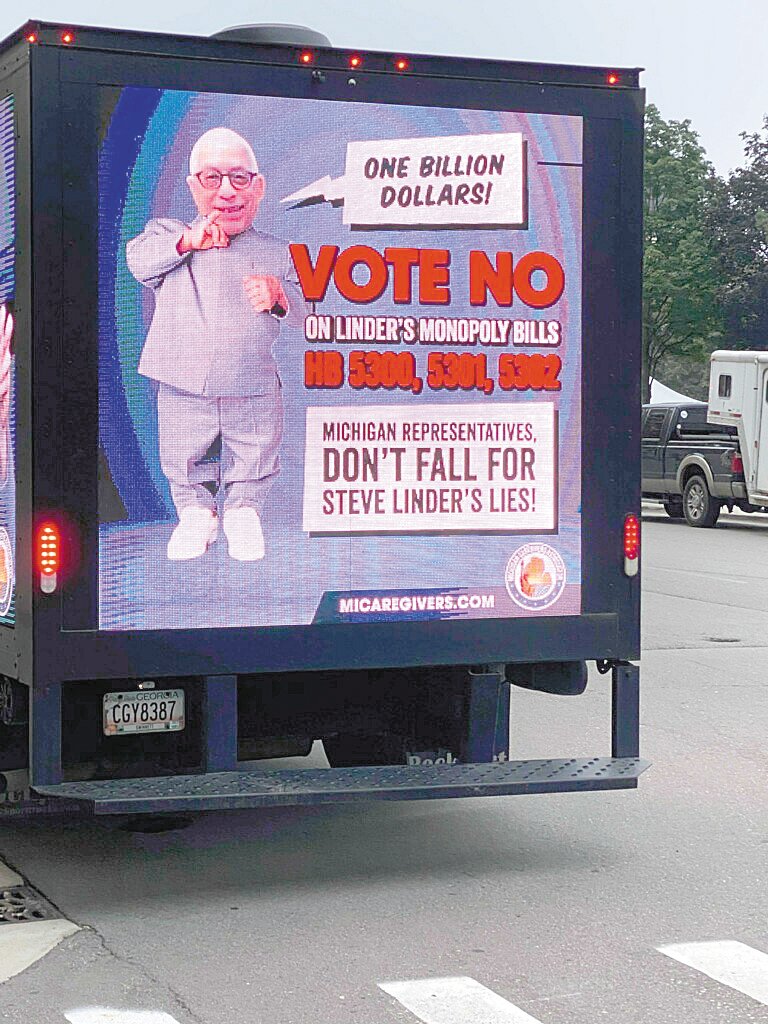 Just when we thought Michigan’s maturing cannabis industry had more or less reached a stable plateau, where the rules of the road are well established and well understood, along comes a new round of saber-rattling by a consortium of the largest commercial cannabis operators, who are looking to shake things up by taking down licensed medical marijuana caregivers. You may recall that caregivers are the folks who grow small quantities of weed to provide medicine for up to five patients each, as they’ve been allowed to do under the state’s medical marijuana law for the past decade.

Big Cannabis doesn’t like the competition, and it’s pulling out the big guns in an effort to crush the caregiving industry by pressuring the Michigan Legislature to impose onerous rules on small growers. Its primary argument seems to be that caregivers are producing “unsafe” weed because it isn’t subjected to the same rigorous quality testing as cannabis produced by large-scale commercial growers. It also claims that caregivers are flooding the market with “illicit” weed — which, of course, competes with its commercial products available through licensed dispensaries.

The wholly unproven proposition that caregiver weed is a nefarious health hazard isn’t new. In fact, two years ago, Green Peak Innovations, one of the largest commercial cannabis growers in the state (since rebranded as Skymint), launched a short-lived campaign against “untested and unsafe” caregiver weed, replete with a rally at the State Capitol attended mostly by their own employees and a handful of caregiver-friendly protestors. The effort went nowhere, but the issue has been simmering ever since.

This time around, led by the Michigan Cannabis Manufacturers Association, the heavyweights of the commercial cannabis industry have learned that to effectively play the game under the Capitol dome, you need to hire professional influence peddlers to carry your message to key lawmakers. The MCMA found that person in Steve Linder, a longtime fixture on Lansing’s lobbying scene who recently was named executive director of the organization.

Last week, Linder himself was the target of a pro-caregiver ad campaign that featured his head pasted on the body of Dr. Evil, the diminutive villain of the Austin Powers film series. The sardonic salvo provided a rare moment of levity in an otherwise dull legislative session, but it probably didn’t do much to advance the cause of caregivers, whose advocates would have better spent their time and resources making the case for why caregiver weed is no more dangerous than the marijuana people have been growing and smoking for centuries. As for caregivers supplying the unregulated and still illegal black market for cannabis, we have no doubt it’s true, but how is it really hurting anyone?

We also note that MCMA recently installed Shelly Edgerton of the powerful Dykema Gossett law firm to chair its board of directors. Edgerton just happens to be the former director of the Michigan Department of Licensing and Regulatory Affairs, which oversees the state’s cannabis industry. In that capacity, she led the promulgation of state rules that said caregivers could sell their overage — the excess cannabis they grow above and beyond what their patients need —  to retail dispensaries, even though it is untested. The caregiver weed would have to be labeled as such, but it could be sold right next to the tested products stocked by the dispensary. Apparently, the safety of caregiver weed wasn’t a big concern for Edgerton at the time.

Now that she’s running point for the very folks she used to oversee — another example of Michigan’s unseemly revolving door between former state policymakers and the industries they once regulated — her tune has changed and caregiver weed is right up there with the coronavirus as a clear and present danger to cannabis consumers across the state. We’re not sure if it’s best described as irony or hypocrisy, but it highlights the axiom that in politics, where you stand depends on where you sit — and who is buttering your bread.

Thankfully, the commercial cannabis industry has a second trade group, the Michigan Cannabis Industry Association, which is taking a much more reasonable posture toward caregivers and their products. MCIA, led by Executive Director Robin Schneider, represents more than 300 commercial cannabis firms across the state. Schneider recently called the MCMA-aligned companies “idiots” for going after caregivers and for “spending a bunch of money and trying to ruin other people’s lives.” We agree with her assessment.

We’re also concerned about the collateral damage that would result from cracking down on Michigan’s 30,000 licensed caregivers. One is the economic harm it would bring to the significant number of retail stores that sell growing equipment and other supplies to caregivers. It’s a direct assault on these small employers and the people who work for them.

Another falls under the law of unintended consequences. If MCMA is concerned about competition from the black market, it should be careful what it wishes for: Imposing complicated and expensive new rules on caregivers is likely to expand the black market rather than constrain it. And forcing caregivers underground — effectively recriminalizing cannabis —  is exactly the opposite of what Michigan voters intended when they overwhelmingly approved adult medical and recreational marijuana use.

Rather than deploying a fleet of lobbyists to work behind the scenes to jam through new laws that would circumscribe the ability of caregivers to take care of their patients, we think a more productive strategy would be to bring all stakeholders to the table to discuss the issues and look for reasonable solutions. We hope cooler heads at the State Capitol, assuming there are any, will adopt this approach rather than letting BigCanna muscle out their caregiver competition.