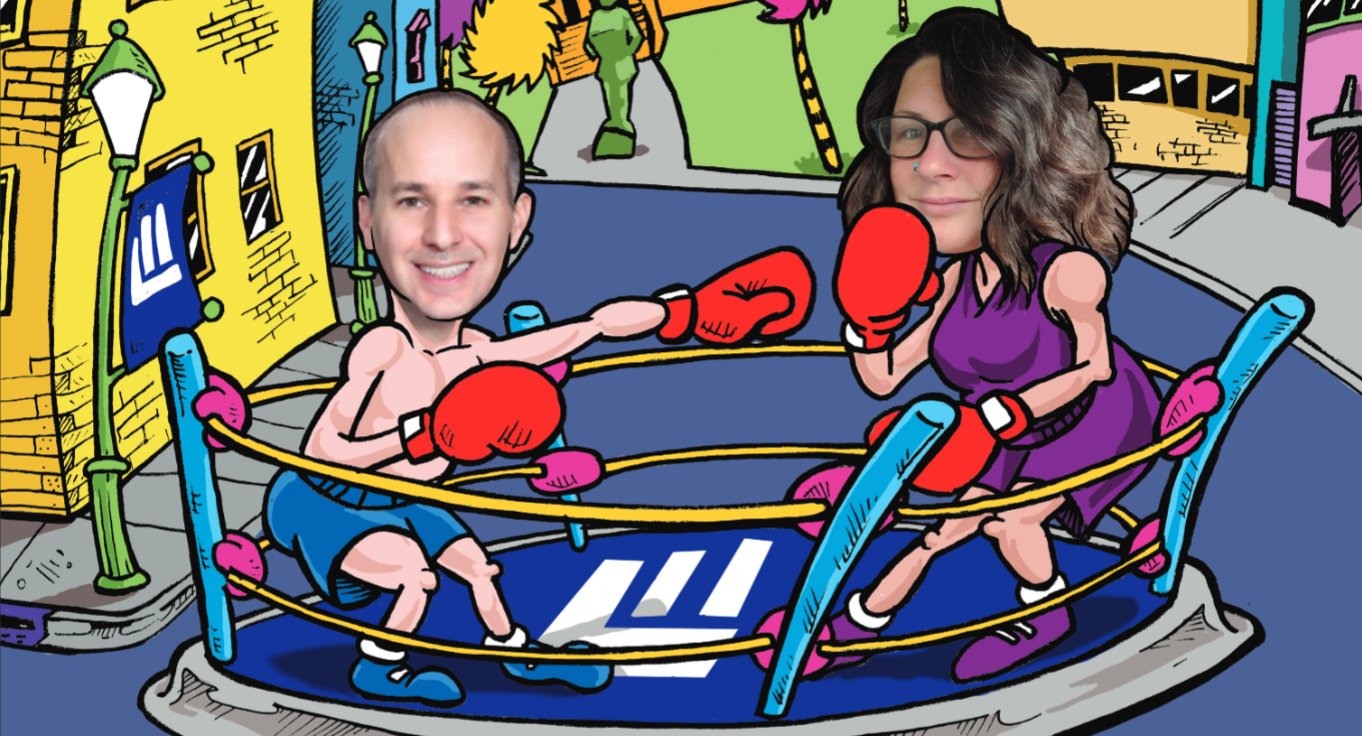 One downside of early voting is many voters decide before all the facts are in. Just as the campaign is heating up, absentee ballots arrive in the mail. In the case of the Lansing mayor’s race, residents are voting even before either of the two scheduled TV debates. Of course, some elections are over almost before they began, usually when an incumbent is so entrenched that the opposition is token.

The outcome of the mayor’s race appears to be a foregone conclusion. Judging from the endorsements and his huge fundraising advantage, Andy Schor appears poised to win big. Perhaps not by the 4-to-1 margin of his victory four years ago, but sizably. We congratulate him on his political acumen.

We wish we could join in his chorus of support, as we did on this page in 2017. But we cannot — not yet anyway.

Schor is a nice enough fellow with a long track record of meritorious public service, but his passionless and uninspiring leadership style leave us feeling empty rather than energized. During his first term, Schor’s numerous unforced errors, troubling aversion to transparency and palpable disconnection from the realities of racial injustice make the prospect of giving him four more years at the helm of city government a near certain recipe for the sort of ongoing frustration and anxiety that will require more Xanax than a doctor would be comfortable prescribing.

Schor’s opponent, 16-year City Council incumbent Kathie Dunbar, carries her own suitcase full of inadequacies, not the least of which is her maddening propensity to miss just about every deadline that falls on her plate. While we adore her unconventional personality and deeply admire her unbridled passion for social justice, we’re not persuaded she’s the reliable, steady hand the city needs right now to navigate the considerable complexities involved in running the daily operations of a $200 million municipal corporation as it bounces back from the COVID-19 pandemic. Perhaps she would surround herself with highly capable administrators who can keep the train from coming off the tracks, but we’re afraid her free-wheeling approach to life and to governing is better suited for the Council dais and grassroots community organizing than running a tight ship as the city’s chief executive.

For all of the above reasons, we are genuinely torn between the pragmatism that says reelecting Schor will keep city government more or less on an even keel, and the idealism that underpins our deeply held progressive principles, which are thoroughly ingrained in Dunbar’s character and lacking in Schor. We are going to continue to listen closely to both candidates, hoping for an October epiphany on our part. We encourage early voters to slow down and do the same.

Dunbar’s mayoral bid creates a vacancy in one of the two at-large seats on the Council that will be difficult to fill. Her long tenure led to palpable progress at many levels and her institutional knowledge of city government’s inner workings will be impossible to replace. The contenders are incumbent Council President Peter Spadafore, who serves as executive director of a statewide association; Rachel Willis, vice president of the Lansing School Board and director of the state’s child welfare licensing division; Claretta Duckett-Freeman, a veteran of the U.S. Army Reserves and a firefighter-EMT who is active in her church and community; and Jeffrey Brown, a motivational speaker, author and community activist who serves on the county’s community health centers executive committee and on Lansing’s human relations and community services board.

If you can judge a candidate by the company they keep, we’re nervous about handing Dunbar’s progressive baton to Brown, who finished second in the August primary behind Spadafore, but whose enthusiastic endorsement by At-Large Councilwoman Carol Wood and former First Ward Councilwoman Jody Washington, both of whom lean uncomfortably toward the conservative side of the political spectrum, suggests he would be an instant ally for Wood and yet another right-leaning Council member in a left-leaning town. Duckett-Freeman has an admirably progressive agenda and plenty of potential, but Willis is a proven leader with significant experience leading a large and complex public institution. Spadafore, whom we endorsed in the August primary, has demonstrated the ability to govern with common sense and compassion and deserves another term. For these reasons, we endorse Peter Spadafore and Rachel Willis for At-Large City Council.

The incumbent representing Lansing’s northwest quadrant is Brian Jackson, an attorney by trade who last year earned a reputation as an occasional attendee at Council committee meetings. As of late he has made a more vigorous effort to meet his obligations as an elected official, but the only substantive accomplishment we can find in his record over the past four years is the repeal of a handful of outdated city ordinances, which is a bit like vacuuming the corners of a little-used closet when you run out of more interesting things to do. Jackson’s challenger is Elvin Caldwell, a virtual unknown whose grasp on the issues and the responsibilities of the position seem tenuous at best. Jackson is the more informed of the two and, despite our misgivings, remains the best choice to serve over the next four years. We endorse Brian Jackson for reelection to the Fourth Ward seat on City Council.

We don’t have much to say about incumbent Second Ward Councilman Jeremy Garza because he’s perhaps the least visible of the body’s current members. Garza is a union plumber and his political agenda seems heavily circumscribed by his allegiance to organized labor. Having done little to distinguish himself, except for aligning with Carol Wood on most issues, we have no qualms about supporting his challenger, Oprah Revish, who is assistant director of MSU’s Gender and Sexuality Campus Center and would bring a demonstrated commitment to social justice to the position. We recommend a vote for Oprah Revish.

As Lansing’s city clerk for the past 16 years, Chris Swope has worked diligently to make it easier for city voters to exercise their democratic franchise, especially through the expansion of absentee voting. His unquestioned competence in administering both our local elections and the multitude of services provided by his office makes it easy to endorse him for a fifth four-year term. For obvious reasons, he is running unopposed. We urge a vote for Swope.

Following last summer’s abrupt resignations of former East Lansing Councilmembers Mark Meadows and Ruth Beier, the resulting vacancies were filled through the appointment of Dana Watson, a health educator for the Ingham County Health Department, and Ron Bacon, who works for Genentech, a local biotechnology company. Both are now seeking election to their appointed seats in November.

A third vacancy, created when Mayor Aaron Stephens resigned this summer to pursue a master’s degree in public policy at Harvard University, was filled by the appointment of Shanna Draheim, policy director for the Michigan Municipal League and a member of Council from 2015 to 2019. Draheim agreed to fill the vacancy only temporarily.

As a result, three of the five Council seats are up for grabs. East Lansing voters must now choose two candidates from a field of five to fill the four-year terms left by Stephens and Beier. Those candidates include the incumbent Watson; East Lansing attorney George Brookover; Chuck Grigsby, who leads a nonprofit mentoring and tutoring agency; Daniel Bollman, an architect who has served on the city’s Planning Commission (full disclosure: until recently, he volunteered his time to City Pulse as a contributor to our “Eye” feature); and Adam Delay, a state employee who was a member of the Lansing Township Board of Trustees before moving to East Lansing. Voters must also fill the two years remaining on Meadows’ term by electing either Bacon or his challenger, Mikey Manuel, a graduate of Central Michigan University who helps run Blondie’s Barn, his family’s restaurant in Haslett.

Thus far, Watson and Bacon have performed admirably in their appointed positions, with the former becoming the first Black woman to be named East Lansing’s mayor pro tem. We believe both appointees have earned the opportunity to learn and grow into their roles as elected members. For the remaining open seat, we think Bollman’s extensive experience with municipal governance, historic preservation and land use issues has the most potential to make a meaningful contribution to smart growth in the city. Therefore, we endorse Dana Watson, Ron Bacon and Daniel Bollman for East Lansing City Council.