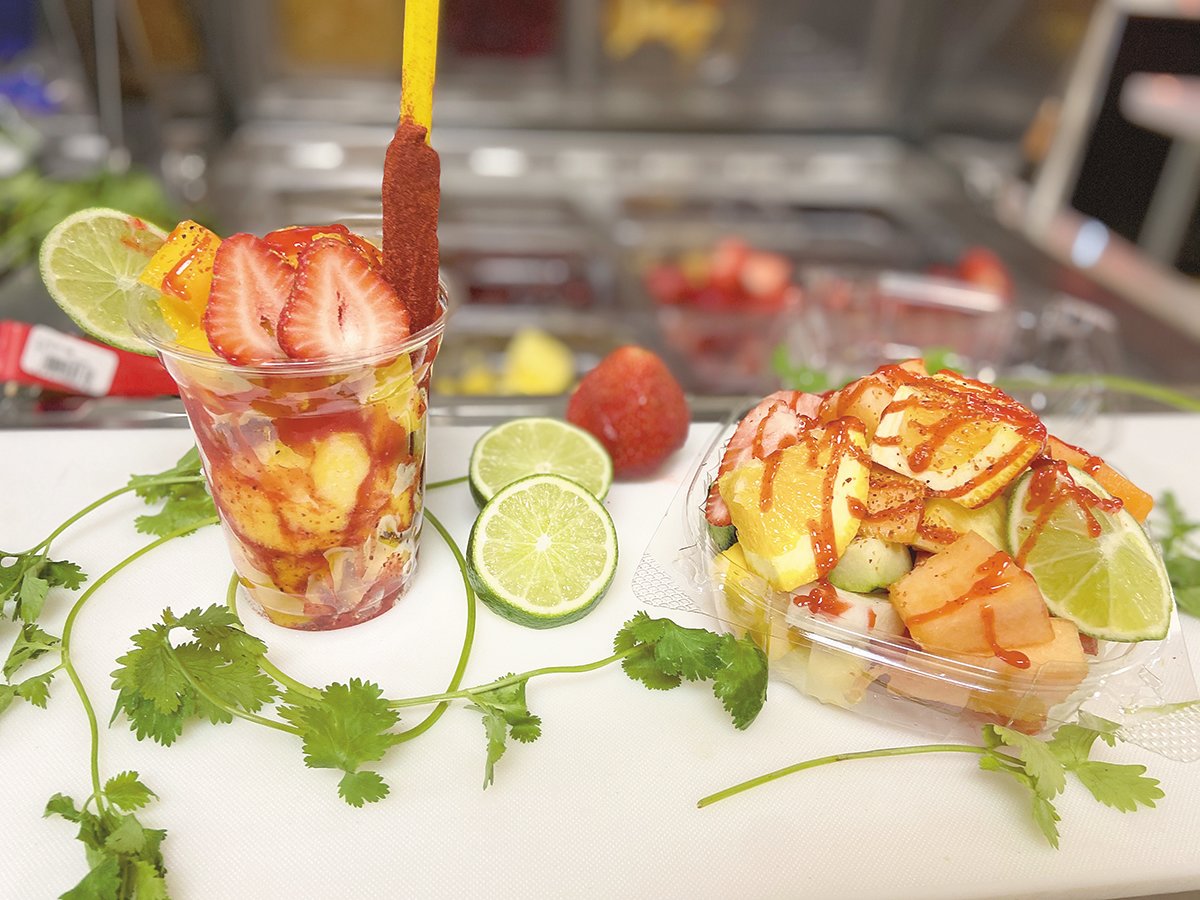 Looking for the perfect place to cool down after a long day at the beach? Do you hear the sweet, siren song of an ice cream cone calling out your name? Well, MexiTreats — a quaint eatery offering ice cream, fresh fruit smoothies and more — just opened up its second location in downtown Lansing right next to Happy’s Pizza on Saginaw Street.

The restaurant offers a plethora of Mexican sweets and treats ideal for summertime consumption.

“I’ve been selling pizza for 16 years,” said Francisco Flores. “In the summertime, business slows down because people are going to the lake and or hosting cookouts. I told myself that I should start selling ice cream so I can survive year-round.”

Starting with the basic idea of opening up an ice cream parlor, Flores expanded the menu to include desserts native to Mexico and the American South. He said that people from countries all around the world appreciate the inclusion of tropical fruit drinks that they may not be able to find elsewhere in Lansing.

“People just love the tropical fruits. The Mangonada is one of the best-selling drinks we have,” said Flores. “It’s very popular in southern countries, in China and other places across the world. If you go down to Texas or California, they sell this type of stuff.”

Flores delights in bringing hard-to-find delicacies to the Lansing community. Another best seller is his street corn — a piece of corn-on-the-cob impaled on a stick and covered with spices, plus a layer of mayo.

In big cities, you can find street corn sold at stands dotting the busy sidewalks. But in Michigan, it’s more of a rarity.

“People always tell me, ‘Oh, I would have to drive to Chicago or go to Los Angeles to find this,’” said Flores. “It’s a very popular thing. We are happy that we can sell it here. We got the good stuff, so you don’t have to travel.”

Introducing Lansing residents to foods that they may have never seen before is part of the fun for Flores. When people ask him about a certain menu item, he encourages them to give it a shot. For all they know, it could be their new favorite food.

“I don’t know what to tell you. Just try it,” said Flores. “People are tired of fast food, and they really want to taste new things. Some of my customers come back for more before they’ve even reached their car.”

Flores is hoping for a busy summer season. Last year, with most people staying in quarantine and less big events happening in the city. Now that the city is opening back up, he hopes people come by and pay him a visit.

“What are you in the mood for? Ice cream, a shake, a smoothie made with fresh fruit?,” said Flores. “Whatever you’re in the mood for, we have it, and it’s all fresh.”