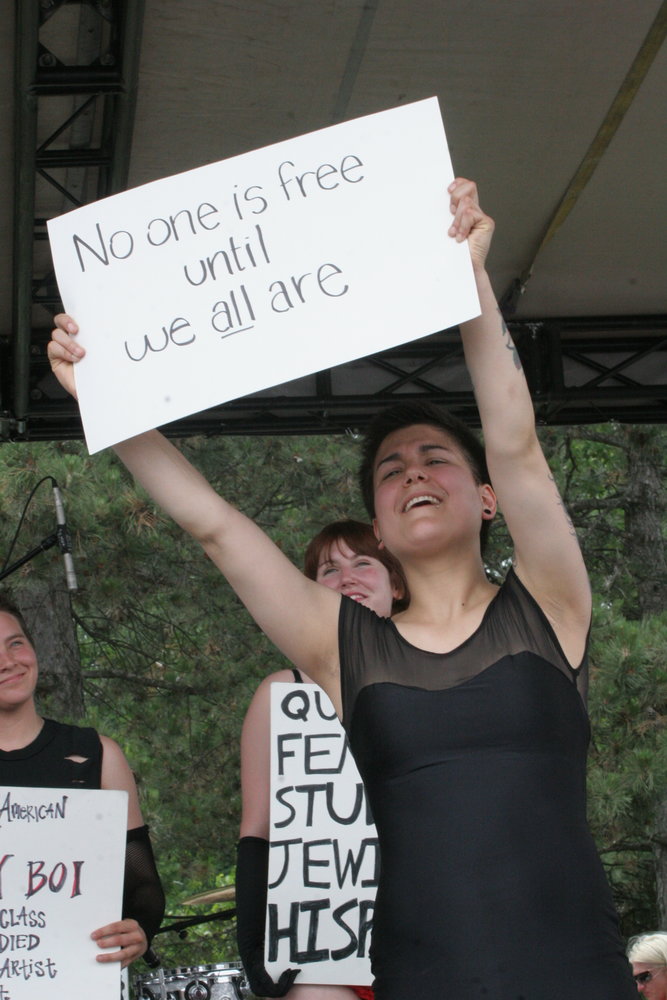 This year marks the 50th anniversary of the first Michigan celebration of gay liberation, spawned by the Stonewall Rebellion in New York in 1969. Since that time, we have witnessed an explosion of court rulings and laws nationally to protect the LGBTQ community from employment and housing discrimination and to include its members in hate crimes laws. The biggest step forward was the U.S. Supreme Court decision legalizing same-sex marriage.

But here at home in many ways, Michigan is lagging.

It does not have a comprehensive state law protecting LGBTQ people from discrimination in housing and employment. Instead, the state relies on an interpretive statement by the Michigan Department of Civil Rights that falls in line with federal court rulings — an administrative move under threat.

Only a third of Michigan’s residents live in a municipality where discrimination on the basis of LGBTQ identity is explicitly prohibited by local ordinance, according to the Movement Advancement Project, a national organization that tracks LGBTQ-specific policies and laws.

Only eight Michigan municipalities, including East Lansing, explicitly ban conversion therapy for minors. Conversion therapy is a form of counseling that has been condemned by major psychiatric and psychological associations as not only ineffective but dangerous to youth. We encourage Michigan Attorney General Dana Nessel to use the powers of her consumer protection unit to crack down of conversion therapy offerings for youth.

Nationally, moreover, many gains are being challenged. An unprecedented number of laws were introduced and passed in the last year that directly endanger not only young LGBTQ people, but also foster an environment of ignorance that feeds violence against the LGBTQ community. Laws such as the Florida “Don’t Say Gay” law threaten not only LGBTQ youth but the uneasy truce between public education and religious beliefs. No one is teaching kindergarten through third graders about gay sex and gender identity, despite what critics want you to believe. It’s a red herring meant to shove queer folks back into invisibility. Republican candidates have made clear statements they would push similar legislation and brand anyone opposed to such a law as a “groomer” — implying they are child predators. It’s a disgusting rhetorical tool that harms LGBTQ people.

The transgender community is a significant target for lawmakers in Michigan and beyond. More than 300 pieces of legislation assailing transgender youth in particular have been introduced nationwide, according to the ACLU. And that was just by April 2022.

Trans people face far more barriers to life — from access to basic identification showing a person as their true self to using the bathroom of their choice to significant violence. A jury in Virginia just let a college football player go free after he murdered a transwoman he’d been connected to by a social media app. He claimed, and the jury bought, that he was so surprised she was a “man” he had to kill her. It’s called the trans panic defense, and it’s not different from the gay panic defense used for decades to justify the murder of gay men for flirting.

Michigan’s hate crimes law does not explicitly add time for a conviction for hate violence driven by sexual orientation or gender identity. But a Michigan Court of Appeals judge this year ruled that trans people are covered in the hate crime law under the definition of sex. Wayne County prosecutors are using this to pursue additional prison time for a suspect who attacked a brutalized transwoman.

Most of the focus as it relates to transgender people has arisen in the conflicts over minors and gender-segregated sports and locker room or bathroom access. When and how to start gender-related transition medicine is hotly contested even in the medical field. In sports, people of good will — who have fought hard for equality for women in sports — are struggling with the push to allow transwomen to compete in women’s sports. We ask those with different views on both of these hot-button issues to respect one another as society sorts through the inherent complexities and tries to come to a reasonable consensus. The struggle for transgender inclusion in America is at its infancy, and we believe people of good will are seeking conversation and solutions. We applaud that, but we also caution there is a thin line between good will and demonization of entire groups of people. We also recognize this hyper-focus on gender identity and expression has created a dangerous rhetoric born of bigotry that is being exploited to scare the community. The fear, and the ignorance it feeds, leads inevitably to violence against transgender people and gender-nonconforming persons. Those of good will must be respected but they must also clearly condemn isolation and violence targeting transgender people.

Finally, we await with apprehension the anticipated U.S. Supreme Court ruling on Roe v. Wade, not only because of its immediate effect on abortion rights but what it may mean to LBGTQ civil rights, which are based in part on the same principle of privacy. Just as abortion would be left up to the states, so may marriage and other civil rights. Michiganders should keep this in mind in this major election year as they decide up and down the ballot whom to keep in office and whom to turn out. Press them on these issues at every opportunity. And turn out to vote. Your marriage and those of your siblings and friends may depend on it.